Parkify is an Android app that has one simple aim; to make it easy to find out where you parked your car. It sounds like a trivial goal, but for those that find themselves in a city they've never visited before or working a parking meter, knowing where and when you left your car can help you avoid fines and help you get back to the car nice and quickly. What makes Parkify different is its ability to autoconnect to the Bluetooth in your car and detect when you've disconnected, and thus figure out where you've left the car. This also works with motion detection as well, and there's no need to have a Bluetooth-enabled car. More than this however, Parkify makes it super-easy to find where other Parkify users have parked, pointing users to the right places to park. With the ability to name and manage multiple cars as well, this is an app has a lot going for it, and could be a driver's best friend.

As with all Android apps, it's best to download Parkify from the Play Store. Once you have done, users will be asked to sign in with either Google+ or Facebook. 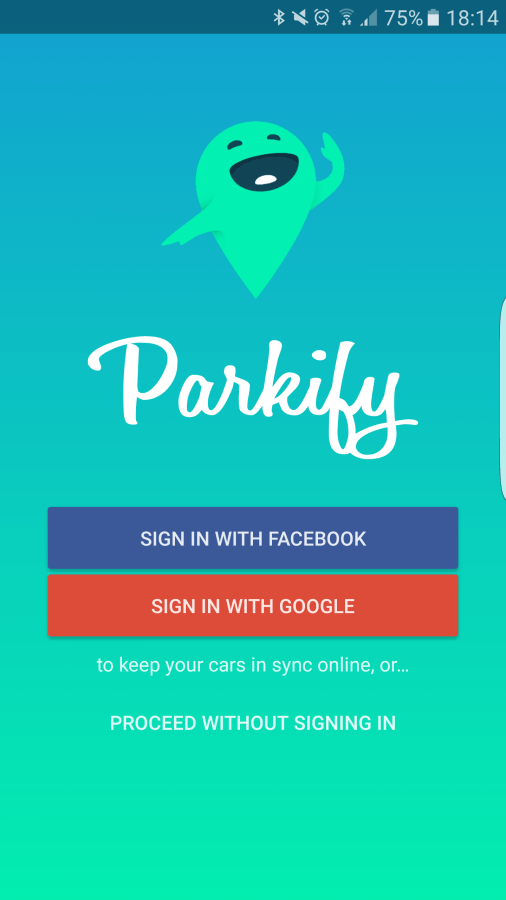 There's no need to sign in right away, but this will allow you to sync registered cars across devices. The next thing is to take a look at what Parkify has to offer, which includes the ability to manually assign a parking spot without using or relying on GPS. 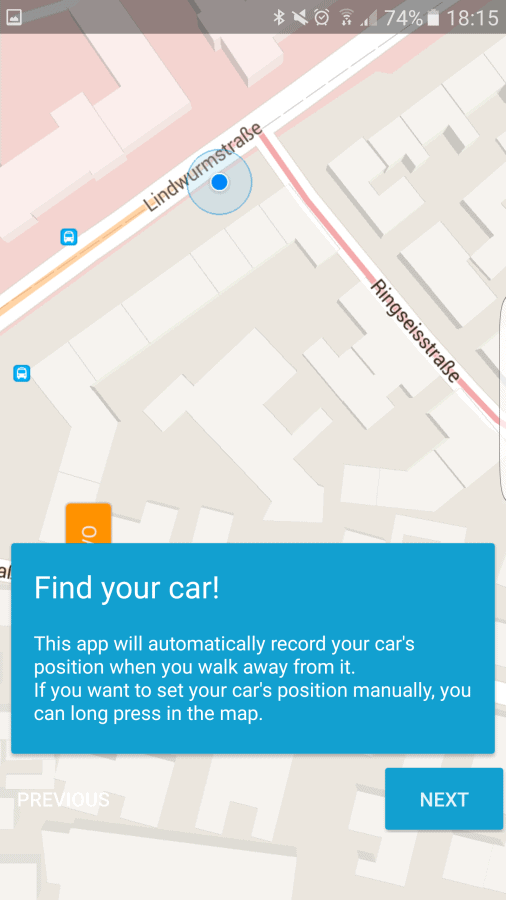 The app will then ask users to choose which nearby Bluetooth connection is their car. Of course, this won't apply to everyone, and will only work when in the car at that moment. For me however, it just showed up some Bluetooth speakers of mine as well as some wearables. 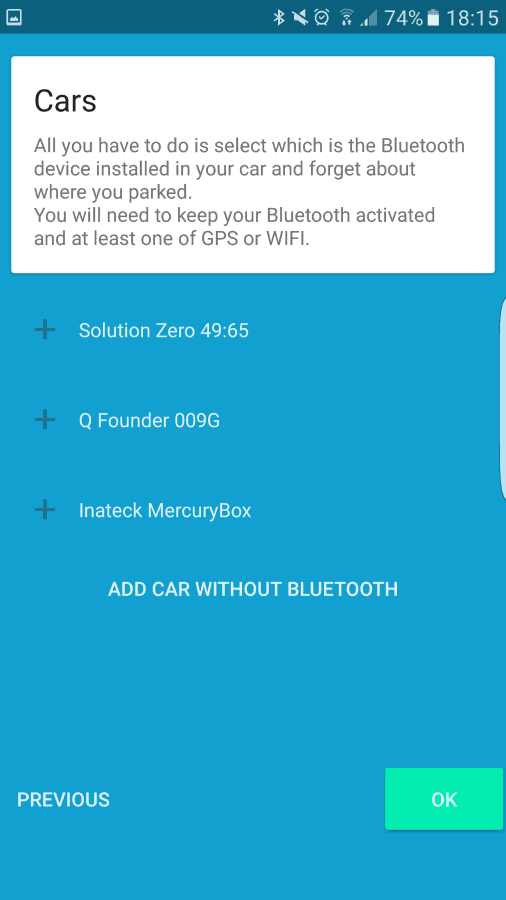 Considering I don't have a car with Bluetooth in it, I went ahead and added a car without Bluetooth. This was nice and easy to do and you can even choose the color of the car, too. 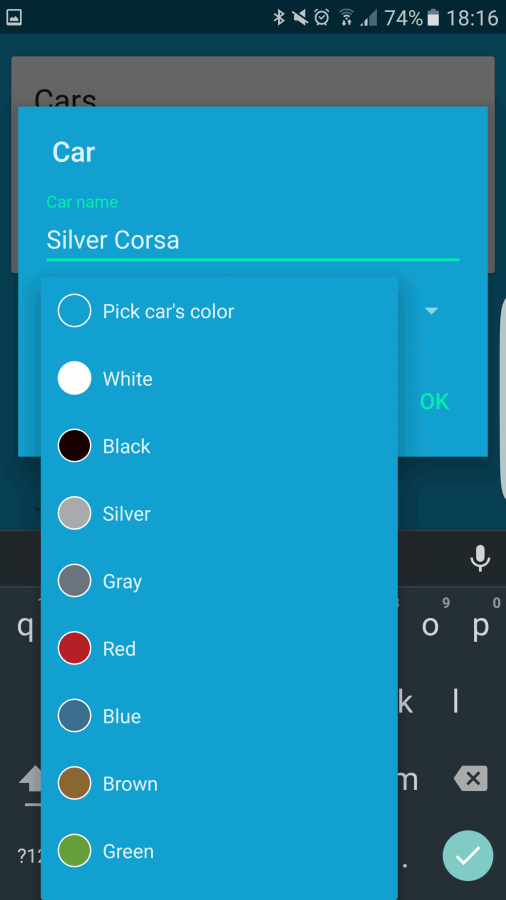 So, to give the app a try, I simulated my usual park further up the street, I did this by long-pressing on the map. I really like this feature, as people will forget to open the app right away if they're in a rush or whatever, and this allows them to be in total control of where the app puts the car, too. 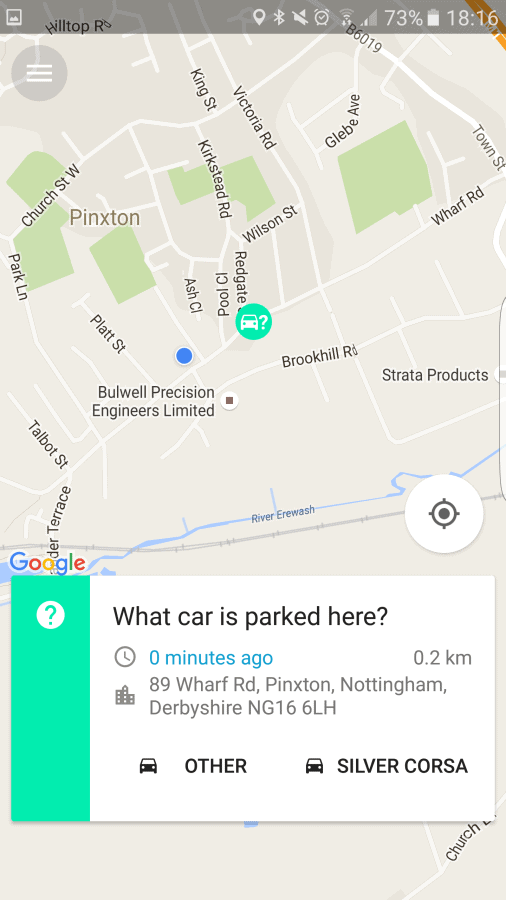 You'll be asked to choose which of your cars is parked here, which makes a lot of sense, as it will remind you which car to physically look out for when you get close. Pulling out the menu from the side will reveal whether or not a car is parked and where, and also a number of settings and such. 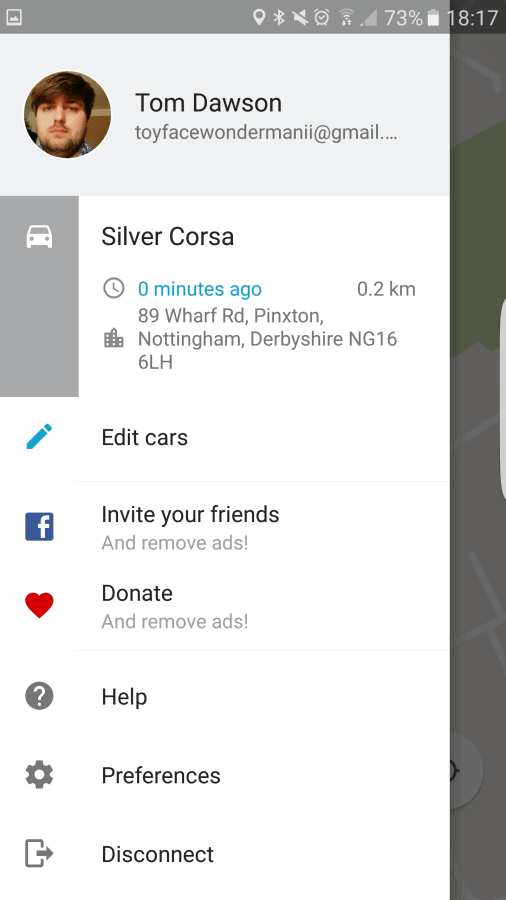 Of course, knowing where to park is easy if you've been somewhere before, or your usual parking haunts are all full. Parkify aims to help here by making it easy to see where other Parkify users have parked on that particular day, which is a nice feature, and something that helps set Parkify aside from the rest out there. 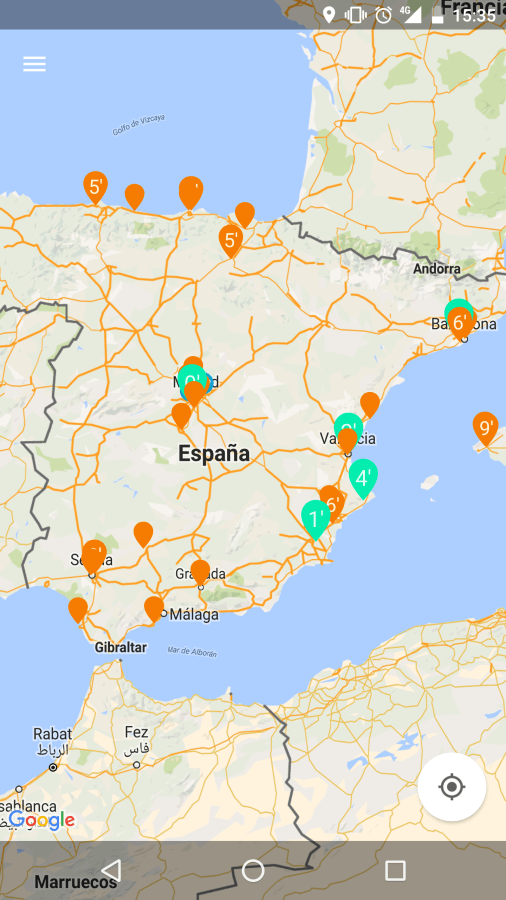 This is a feature that helps new users as well those that don't know where to park on a given day, and it's something that works particularly well in a city and such. 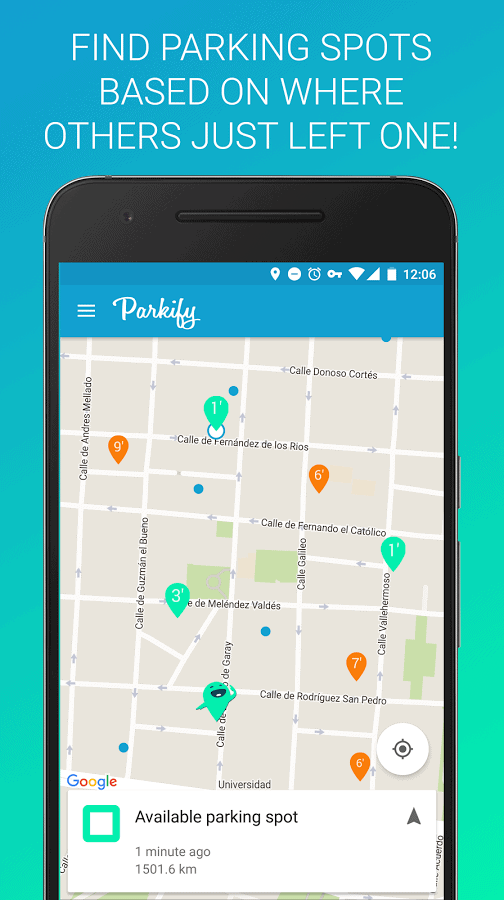 This, as well as other features of Parkify, will no doubt be useful for those driving in a busy city looking for somewhere to park or leave their car. Another such feature is the auto-detect feature, which makes Parkify self-aware and will know when you've stopped driving and may have parked your car. 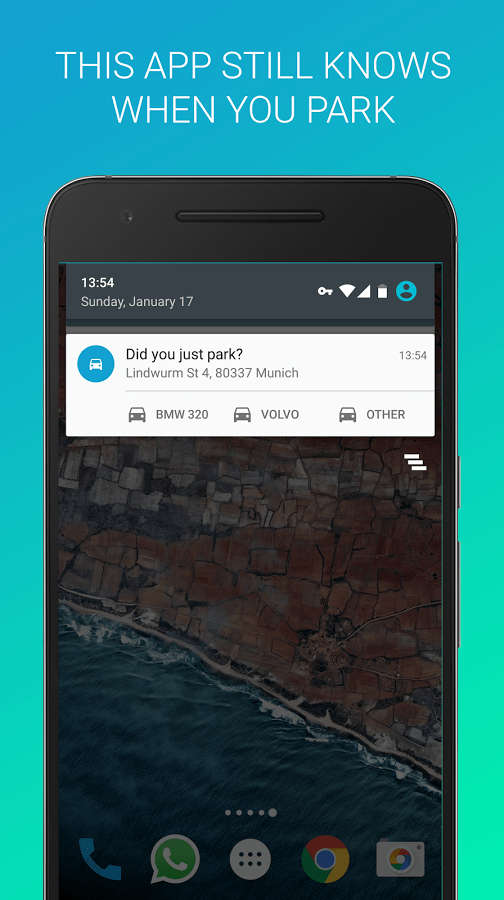 Depending on where you are and why you're parking your car, it can be a nightmare making sure you're okay to leave it somewhere, and remembering when you have to go back to the car. With Parkify however, other users nearby will be a good way of figuring out the best car parking spots, and by checking the app periodically or the notification tray, Parkify will let you know how long you've left the car for. With Bluetooth support and motion detection, Parkify has everything that it needs in order to be a driver's best friend. It's not a bad-looking app either, which certainly helps. It might not be all that original, these parking apps have been around for a long time, but this feels like a modern take on a variety of apps that have been around for a long time now. It's free, and only asks for a donation to support the developer – which also removes ads from the app, too.

It might not be a revolutionary app or anything, but what Parkify is is something that makes a lot of sense, is straightforward and easy to use without being complicated or anything like that. What helps Parkify come a little closer to being a revolutionary app is the ability to see where other Parkify users are parked, which makes it simple to see where the good parking spots are and where to avoid. Parkify is the sort of app that has all of the features that just make sense and with the addition of Bluetooth and motion detection, it successfully blends into your driving life day-to-day.