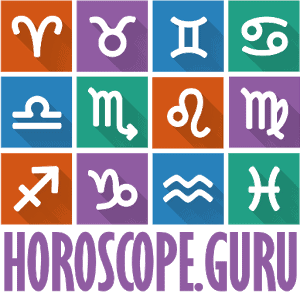 Horoscope Guru is an Android app that offers all the information about your star sign and what the planets and their alignment will bring you in the days, weeks and months to come. The app also features a Tarot card section, a love calculator as well as a specific love view for your star sign to let you know what your horoscope will bring your love life. Available in English, German, Russian, French, Spanish, Croatian Horoscope Guru is the sort of app that will appeal to those looking for up-to-date Horoscope information about all the star signs as well as other neat features to help bring a little good news to people's lives.

As with most other apps on Android, users can download Horoscope Guru from the Play Store, and then get started. The app is divided into different sections, such as the Horoscope section shown below, which offers users the ability to find their star sign both by symbol and name. 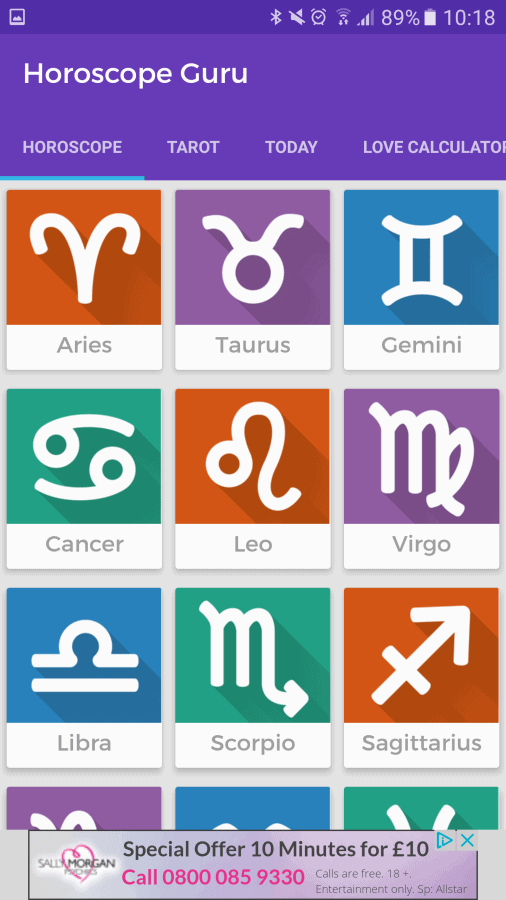 When choosing a star sign – I'm a Pisces, for example – you'll be given some information about the star sign itself, as well as different views for a daily, weekly, monthly, yearly and love look at your Horoscope. 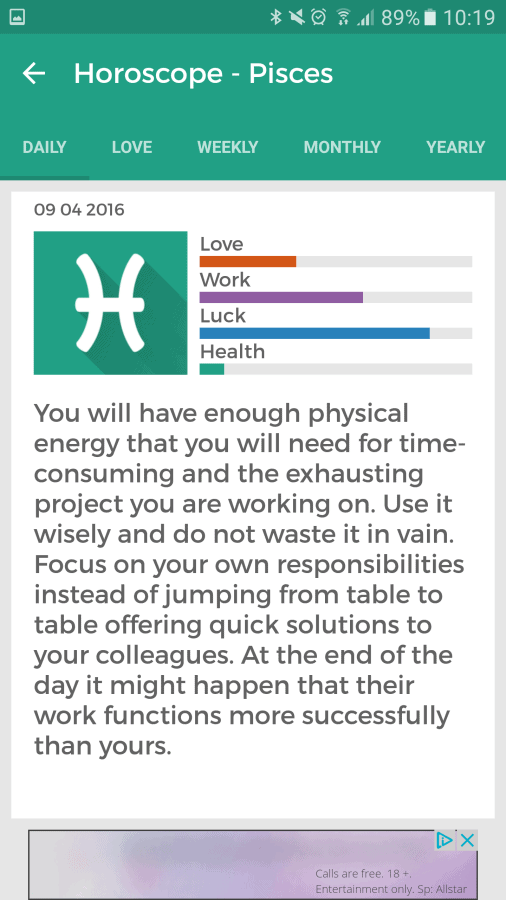 Those that might not be familiar with the different start signs will be able to get a closer look at what makes a particular star sign important to them and so on. 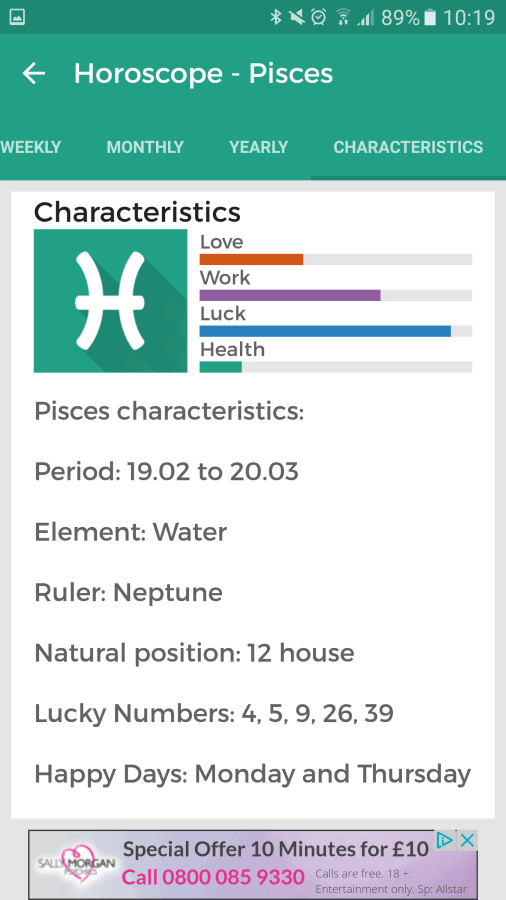 More advanced Horoscope readers will enjoy being able to see the Planets and their Positions as well, available in another view of the free app. 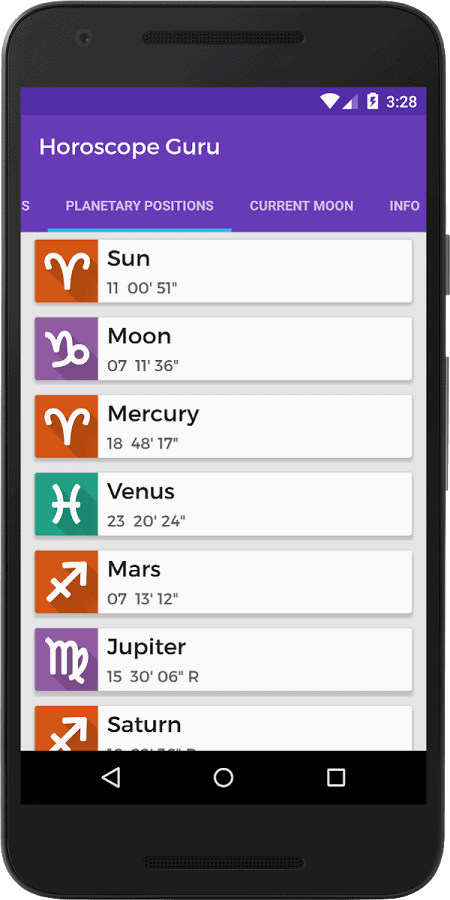 Not just something for Horoscopes, this app also features some Tarot cards and readings, too. However, there's not much in the way of explanation here, so users that aren't familiar with them will probably struggle to figure out what to do with them. 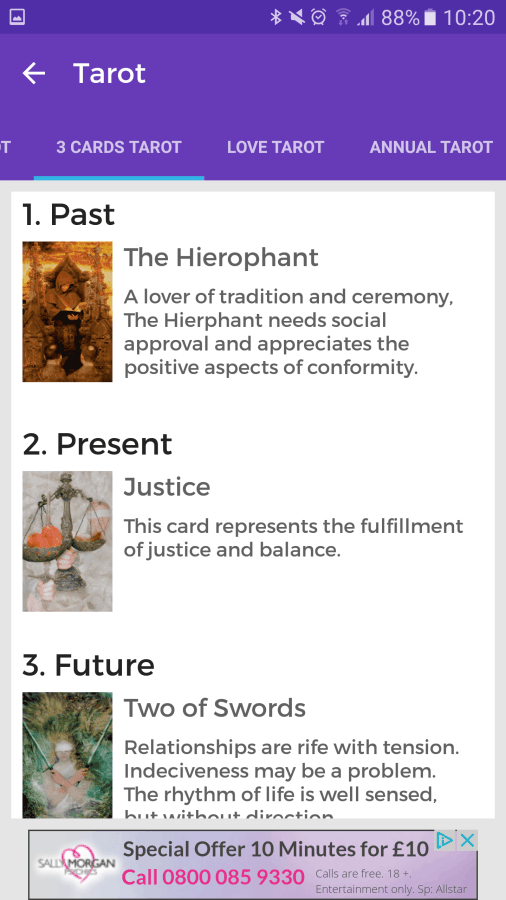 Even so, Horoscope Guru did have a feature that will appeal to the more casual users out there; the love calculator. This allows users to input their two names as well as their star signs and then have the app give them a rating. 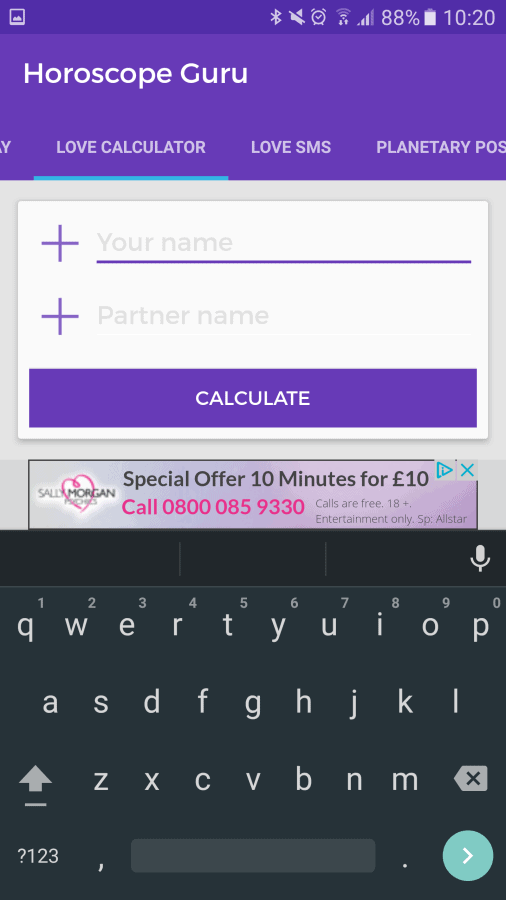 I was however, disappointed to see that the app charged me £1 GBP each time that I wanted to do this, which is pretty expensive for something I could get for free elsewhere. 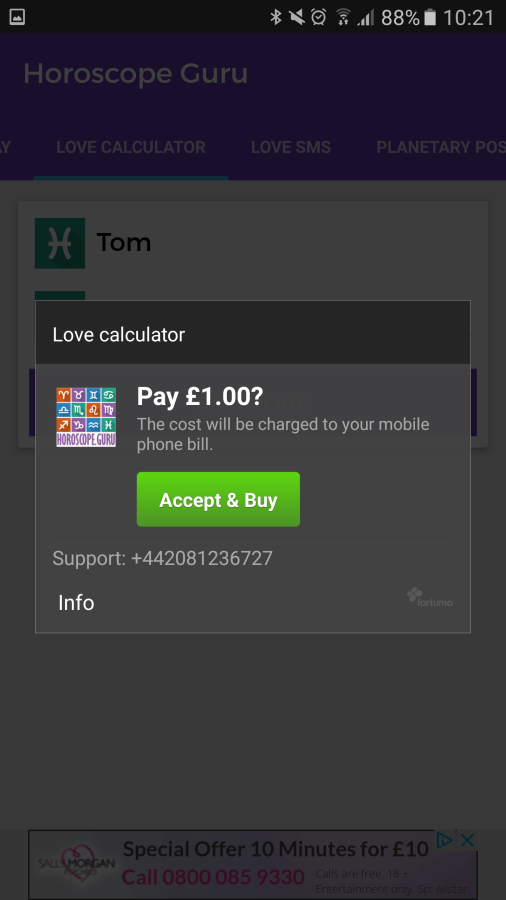 The really confusing feature of Horoscope Guru however, was the fact that it features a caller ID function. Why? Why does an app about Horoscopes need to have this sort of feature? If anything, this was just an annoyance, it actually ended up hanging up a call of mine by accident and in the end it appears to be another way of serving up more ads to make money. 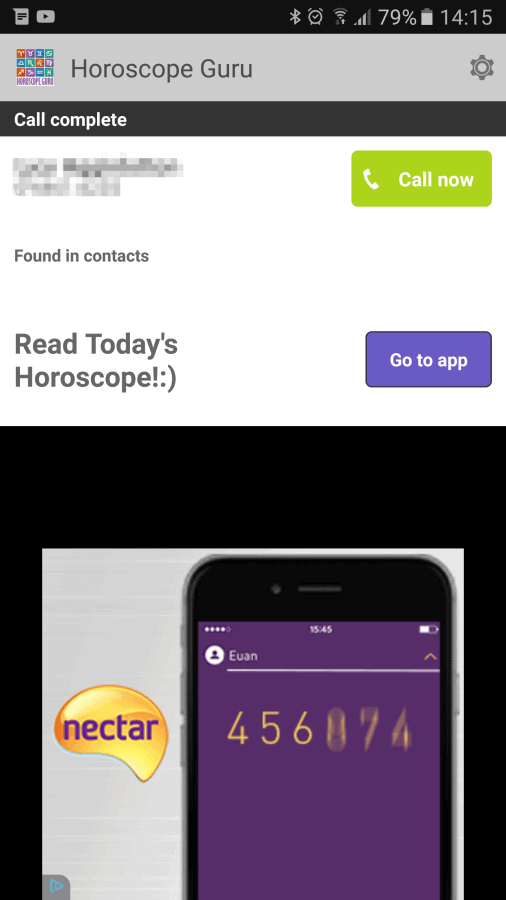 Mercifully however, there are some settings that can be turned off, but why an app like Horoscope Guru even needs this sort of functionality is beyond me. 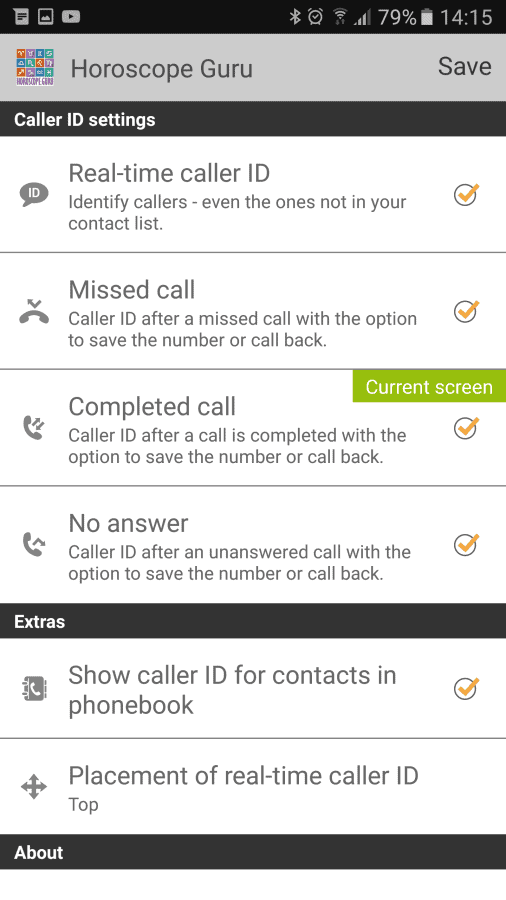 I'm not a believer in this sort of thing, but I know people that are, and they get a great boost from reading a positive horoscope reading, and even something bad is set to happen, they often seem able to deal with things a little better. So, if they get a kick out of these readings, then who am I to judge? Horoscope Guru should suit those sort of users quite nicely, there's a lot on offer here in terms of sheer volume of Horoscopes and being able to see things at a glance for the week or month ahead is a pretty great feature to have. The Tarot cards however, are not only difficult for new users to understand but cost money along with the basic and dated love calculator, which charges a dollar or so each time. The core functionality of Horoscope Guru is on point, and will suit a lot of people down to the ground, but with oddities like the caller ID function, Horoscope Guru feels like an app that can't seem to stick to its great core functionality.

All-in-all, Horoscope Guru has many of the right boxes ticked, especially for users that know a thing or two about astrology. For new users this might be the best jumping in point, but it does have a lot going for it. The caller ID part of the app is bizarre and frankly a little annoying, but for those that just want to read their Horoscope, this is one of the better options out there for the most part.