Familoop Parental Control is an Android app that links to the Familoop cloud service and allows parents and guardians to see what their children are up to on their device. Rather than spying on children or family members, this app and service is all about making sure that children aren't taking or sharing inappropriate photos, ensuring that they're not being bullied through SMS messages and monitoring the sorts of websites as well as restricting content, apps, games and more. Familoop Parental Control is all about keeping children and younger users safe and making sure that they have a healthy attitude towards their devices and don't get too caught up in using them all of the time.

Getting started with something like Familoop Parental Control does require a little more involvement than most other apps, but it still starts by downloading the app from the Play Store. Once downloaded, the app will give parents a tour of what the app and service have to offer. 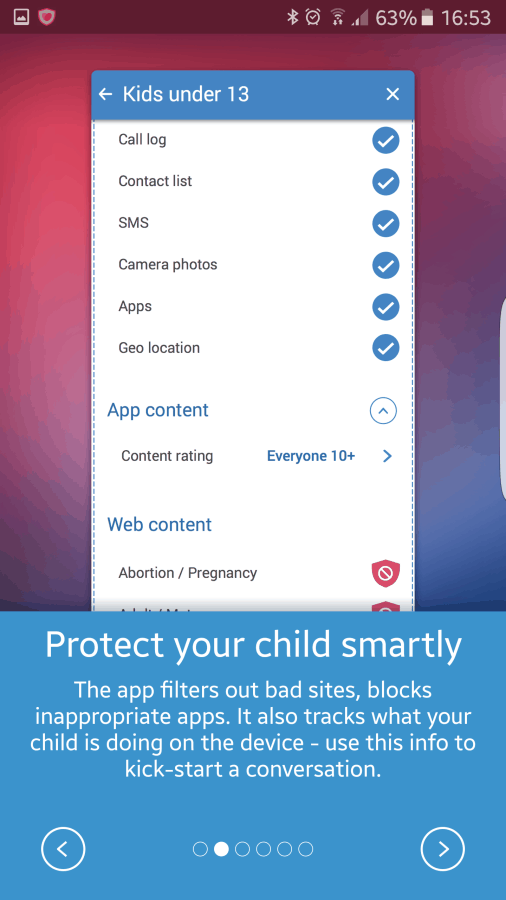 After this, parents or guardians using the app will need to sign up to Familoop and create an account. This is done pretty easily, and there's only a limited amount of information that you need to hand over – included an email address and a name, that's it! 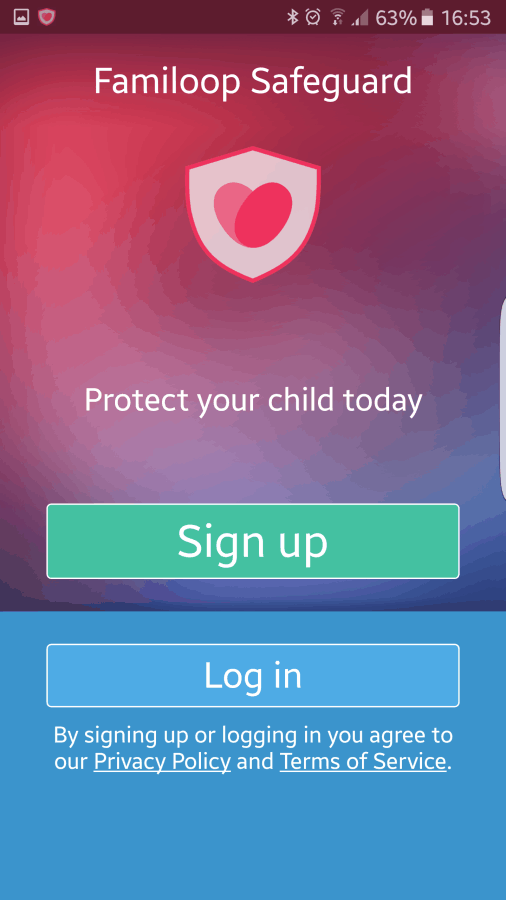 Familoop, unsurprisingly, needs some extra permissions compared to other apps. These include being set as a "Device Administrator", allowing access to monitor app usage and so on. These permissions and access are all required to track what your children are doing with their devices. For those that aren't too tech-savvy however, the Familoop app will walk parents through it step-by-step. 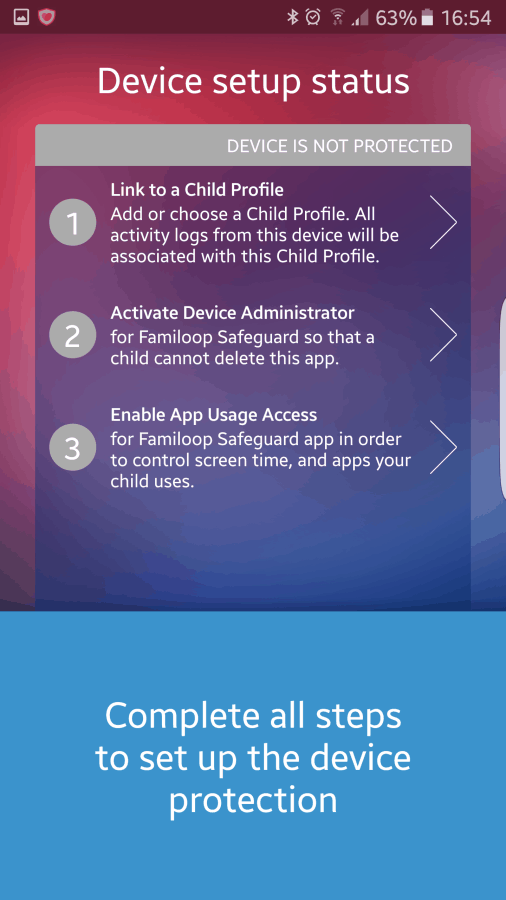 One of the most important things to do of course, is to input your Child's name and Date of Birth. The name will appear online and through other devices when users want to monitor usage, and the Date of Birth will allow Familoop to provide some guidance and what to block and why. 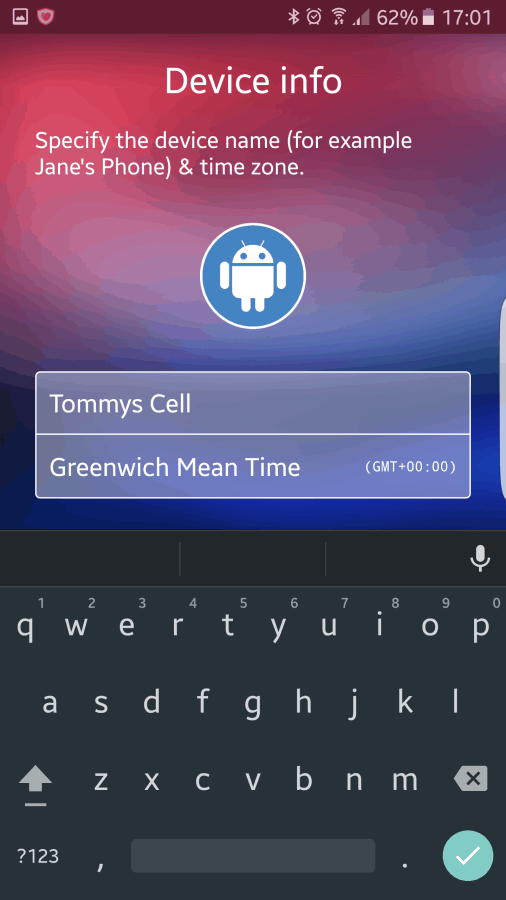 From there, it's mostly up to parents – from other devices – to change some restrictions as well as monitor usage of some apps. for a lot of parents, one of the larger concerns is what children are viewing online with their devices, especially as they could be anywhere or with anyone when they go online these days. 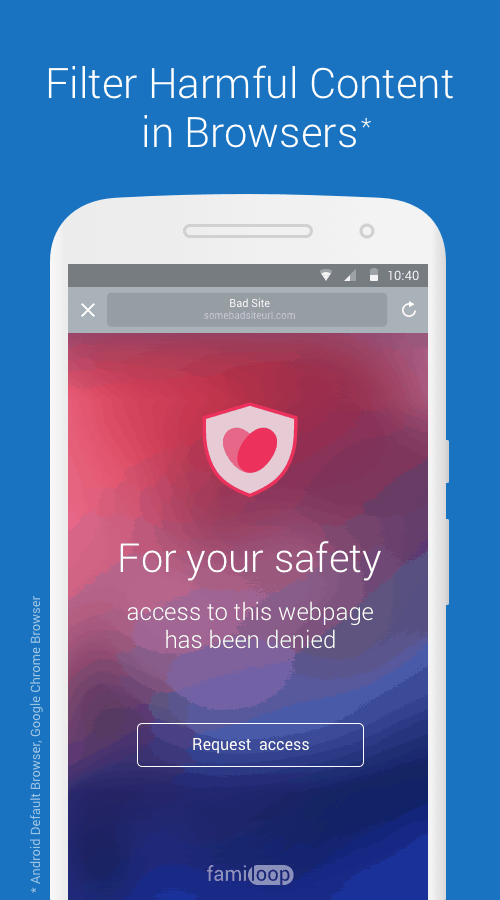 This is listed as applying to both the default Android browser as well as Google Chrome, which should cover the majority of users. However, this doesn't appear to apply to the "Incognito Browsing" mode in Chrome, I tested this on a Galaxy S7 Edge and I was able to do whatever I wanted through an Incognito Mode. This needs to be changed manually in the Google Chrome settings, but it can be done, and Familoop will help users set this up. Still, parents can use the online web app to create a safe list and a blocked list by manually adding URLs, which could help cover most of the bases, as well as allowing kids to visit their favorite safe sites regardless of whether or not Familoop would block them. 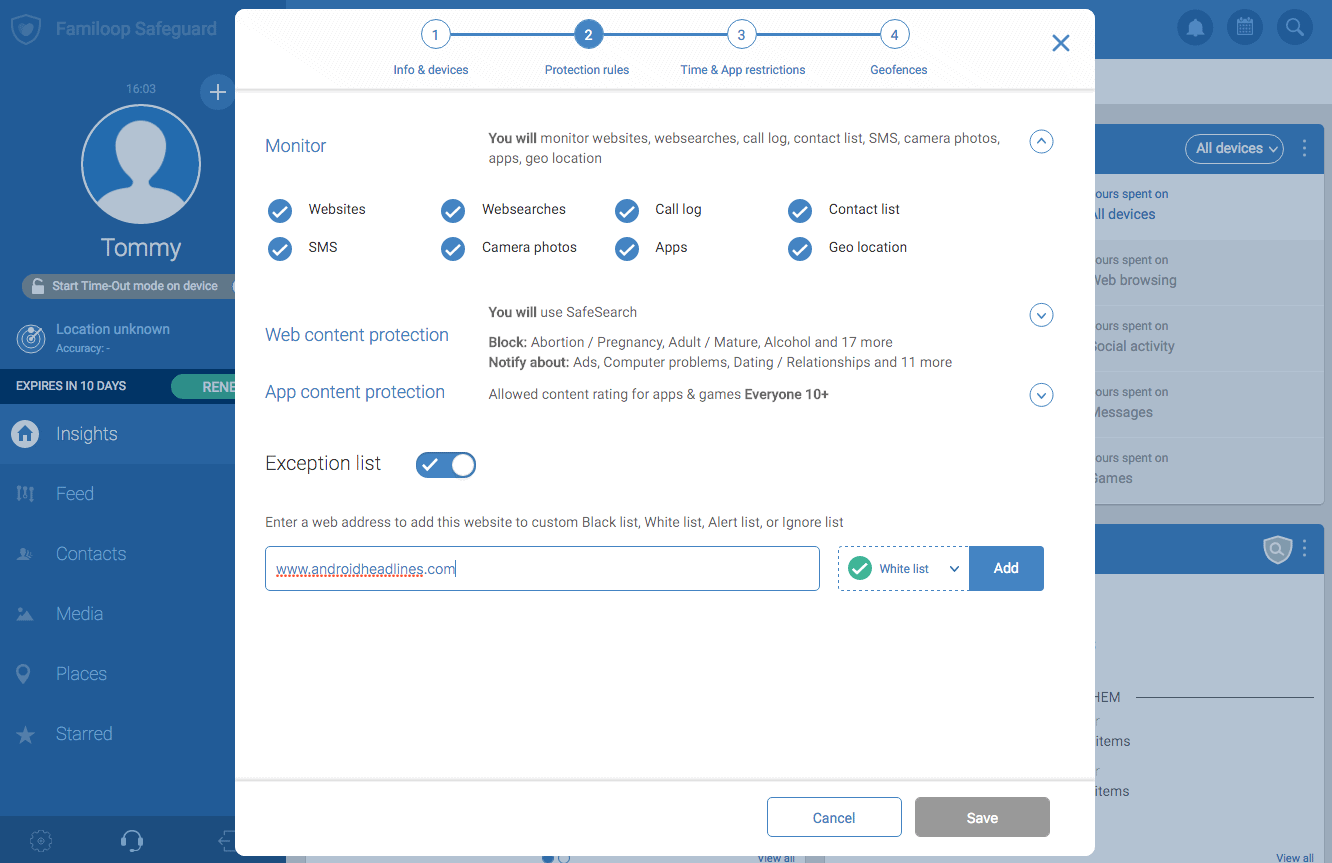 I think this is a pretty decent approach to filtering web content, and a similar approach can be taken with apps and games, even changing the times and restrictions depending on when a child is looking to use these particular apps or games. 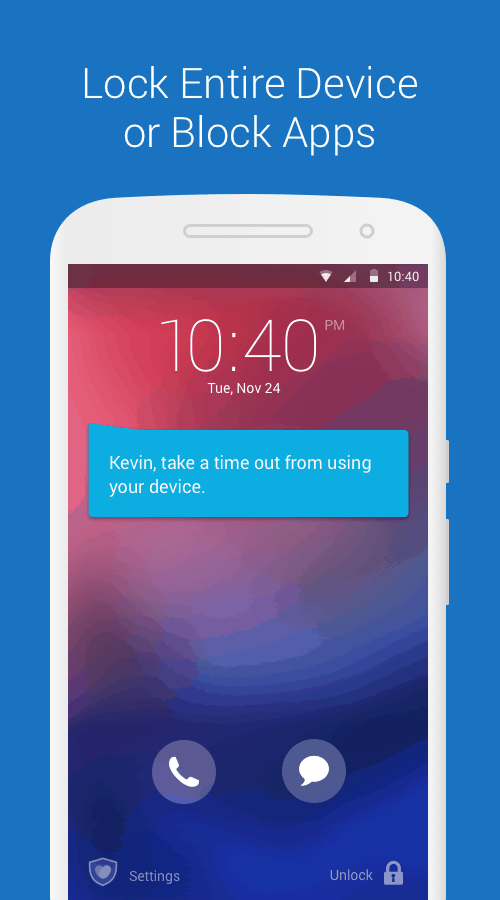 This makes for a nice change compared to other apps out there, and it's also got some interesting location features included, too. Familoop offers the ability to locate a child using the GPS on their device no matter where they might be (so long as they have a data connection, of course). 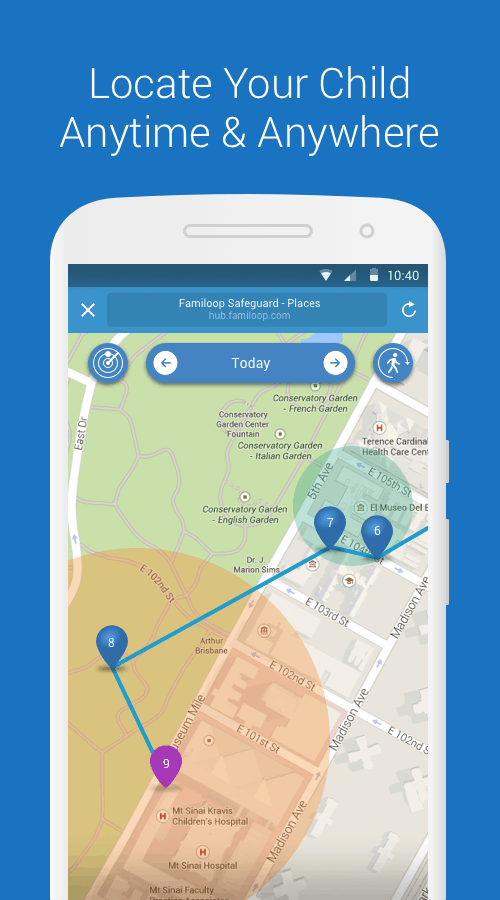 Familoop goes further than this however, and offers a feature called "Geo-fences" which will restrict or enable certain apps depending on where they might be. This could be good for those attending school, as there could be a stricter profile when at school so that kids stay focused during school hours, but then unlock it during recess and so on.

Familoop is designed for parents, it's not designed as a spying app or anything like that, and there are even some default settings included depending on the age of the child that's been registered with Familoop, which is a nice touch for a lot of parents. 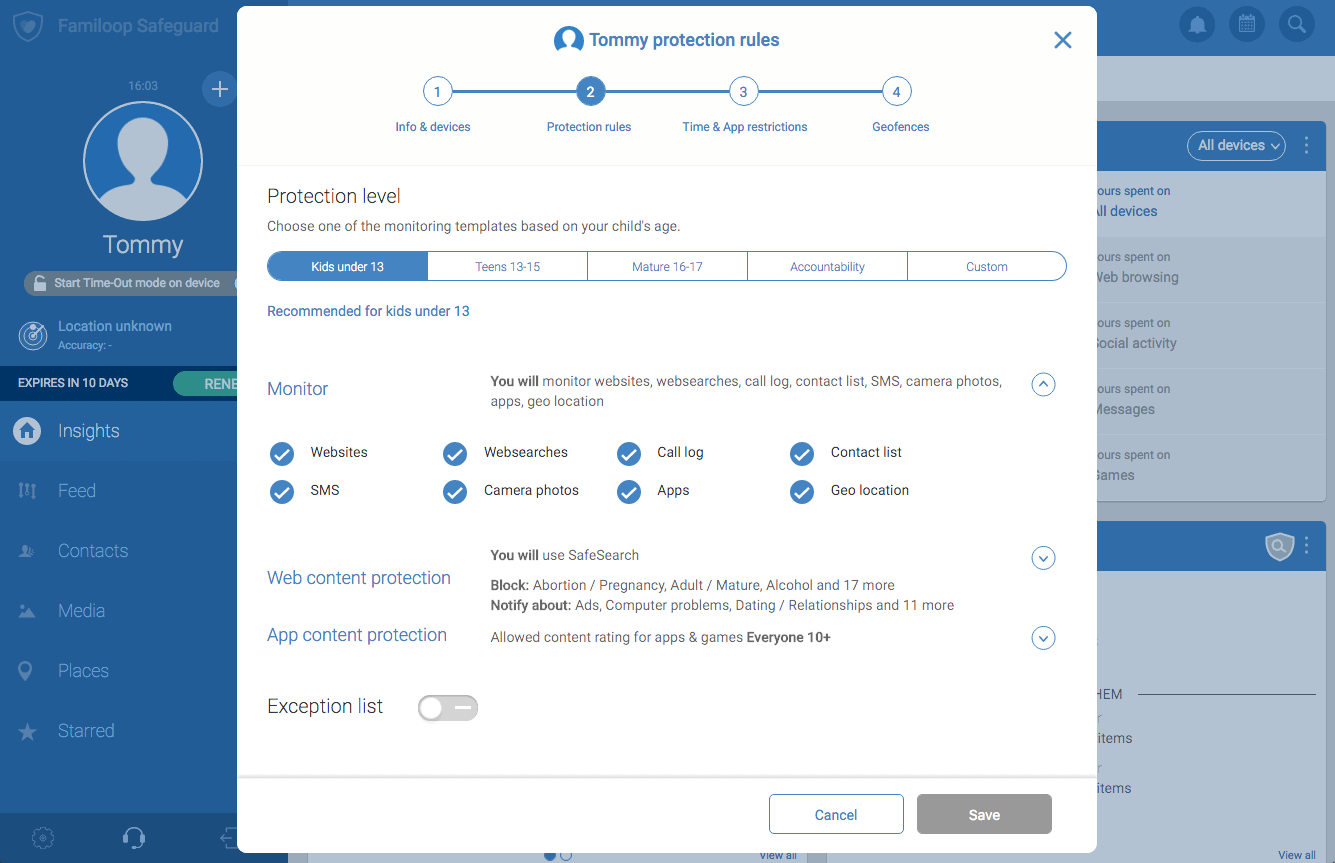 Over time however, is where Familoop will really show its usefulness. At first, it doesn't seem too useful, but that's the point of casting a safety net, it might not be needed all of the time, but it's good that it's there. After some time, parents will be able to see what their children are doing on their devices, and use this data to perhaps adjust the different restrictions applied and such. 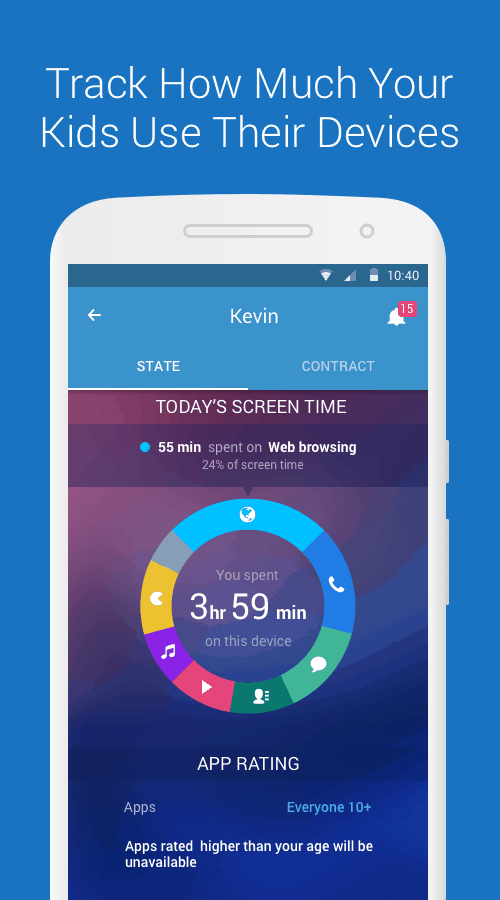 This sort of usage monitoring also covers just what images your children might be taking, which will be of particular importance for parents with teens. 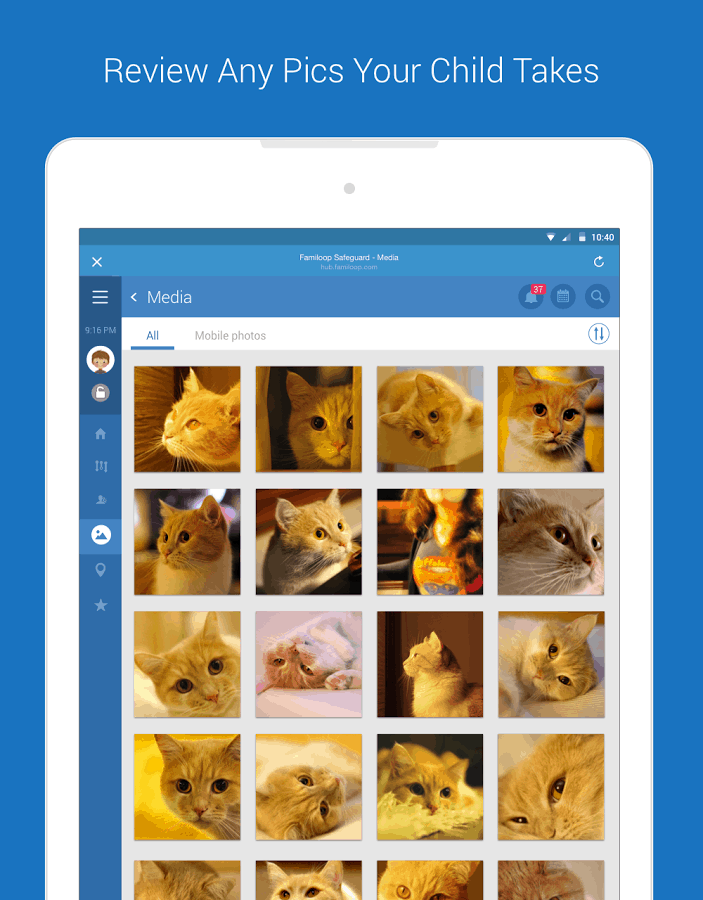 On the face of it, Familoop might appear as some sort of spy app or just another parental control app to keep kids off of certain apps and websites. While it is those things, it goes further than that, and makes it super-easy to ensure that kids are safe online and that they can still enjoy their favorite websites, chat with friends and play games, but also do so in a safe manner. After all, 2016 is a very different place, and with all sorts of social media networks like Snapchat and Twitter, it's important to ensure that younger users can understand and use their devices and the web, but have a safety net and the right sort of boundaries in place. I'm 25, and grew up just as the Internet was taking off, so there were fewer things for me to look out for, but my parents were still cautious and I'm glad they were. Now, things are very different and it's a good job that there are apps like Familoop out there that do a good job of putting boundaries and safe limits in place.

All-in-all, Familoop is the sort of app that I can see a lot of people really enjoying thanks to the advanced location features as well as the granular control that parents over what their children can do with their devices. This is not your average sort of monitoring app, and Familoop is clearly developed from the ground up for parents, and parents are well taken care of here. They set all of the rules, Familoop merely gives them the tools and the infrastructure to set their boundaries and keep their kids safe. A great app that should definitely be tried by those worried about their children online or those living in a less-than-stellar neighborhood.