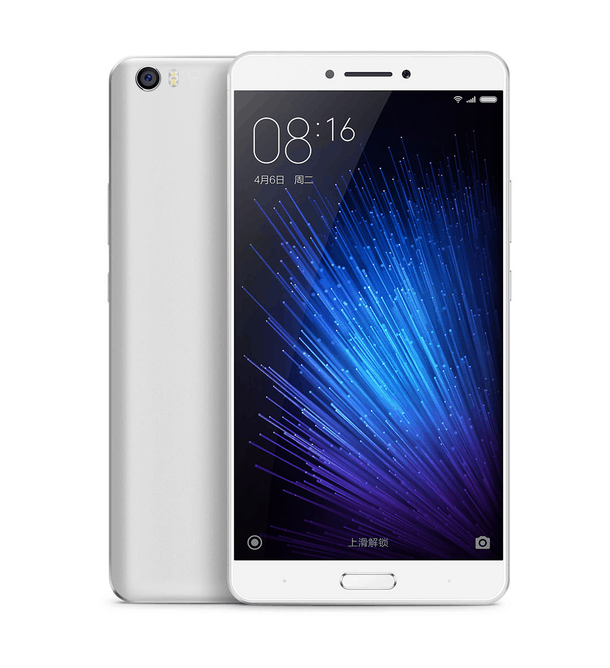 Xiaomi is, next to Huawei, China's largest smartphone manufacturer. Despite the fact they managed to sell 70 million smartphones last year, they still didn't manage to hit their planned sales goal, as the company was expecting to sell 80 million handsets. Xiaomi has already introduced their Mi 5 flagship back in February, a device which will surely help them reach their planned numbers this year. That being said, Xiaomi has also unveiled the Redmi 3 Pro a while back, and the Xiaomi Max will be introduced soon as well, read on.

The Xiaomi Max is the company's upcoming phablet. Xiaomi has confirmed its existence recently when they asked for consumers to vote on the name of this phablet. The Xiaomi Max name obviously won, and the company has confirmed that it is coming soon. The Xiaomi Max is said to sport a 6.4-inch display, and some rumors claim that this might be a QHD (2560 x 1440) panel. The rumors also say that the Snapdragon 820 SoC will be included in this package, while other say the phone might ship with a mid-range SoC. Well, the GFXBench listing which surfaced recently actually says that this will be a mid-ranger. According to the numbers shared by GFXBench, the Xiaomi Max, or Xiaomi Mi Max, as GFXBench says, will ship with a 6.4-inch 1080p (1920 x 1080) display, 2GB of RAM and 16GB of internal storage. The device will be fueled by the Snapdragon 650 64-bit octa-core SoC, along with the Adreno 510 GPU for graphics rendering. The 16-megapixel shooter will be placed on the back of the Mi Max, and a 5-megapixel snapper will be available up front. Android 6.0.1 Marshmallow will come pre-installed on this device, and on top of it, you'll be able to find Xiaomi's very own MIUI OS.

There you have it, it seems like Xiaomi's upcoming phablet will sport mid-range specifications after all, despite the fact some rumors claimed it will be their all-new flagship phablet. This basically means that Xiaomi is planning to roll out the Mi Note 2 sometime this year as their flagship phablet. Either way, stay tuned, we'll let you know when new info becomes available. 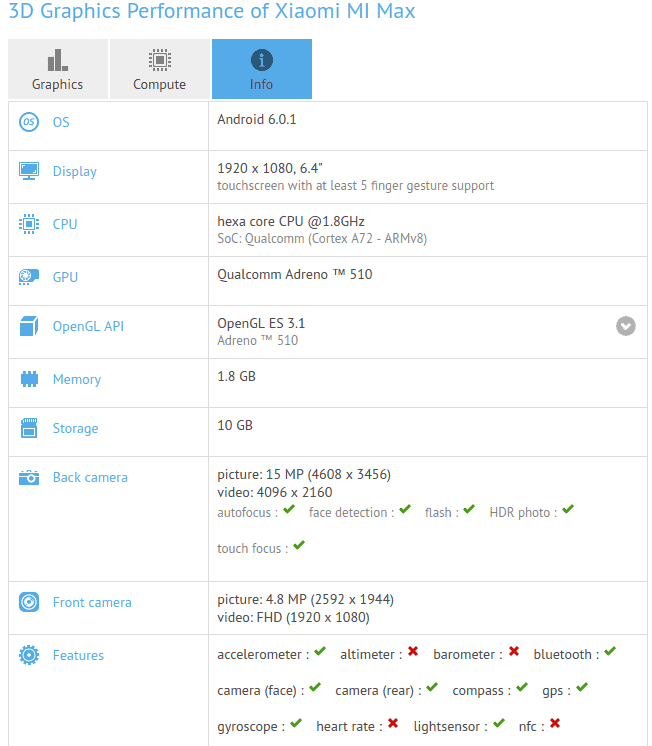