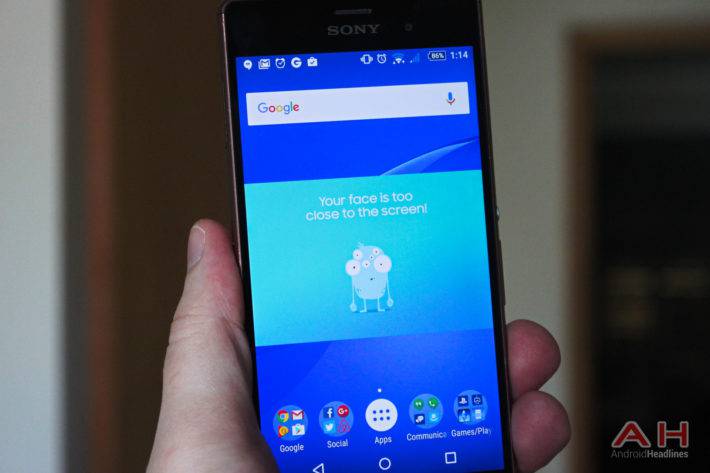 Most people have probably been there growing up, having heard your parents or someone much older and wiser than yourself tell you that you shouldn't sit so close to the TV as it could end up damaging your eyes. While there was likely a bit of exaggeration on the parts of some adults, there is truth to the reasoning as vision damage can occur from sitting too close to TV screens and other types of displays. Today this translates to mobile devices like smartphones and tablets, devices which kids are spending an increasing amount of time with. Samsung has designed and launched an app called Safety Screen which aims to help prevent vision damage by alerting children when they are holding a display too close.

The app, which unsurprisingly requires the setup of a username and password would essentially require a parent or adult to log into it to disable the feature which would likely come into play if the device was being used by other adults who are old enough to make their own decisions on how close to hold a device. For kids, though, an adult could install the app on their device or a device belonging to a child, setup the username and password, enable the feature, and then sit back and let the kids use the device as they would.

The app works in the background which makes it possible for anyone to open up other apps and use the device normally. With the use of facial recognition technology, the app knows if someone is using the device while the display is too close to their eyes and will alert them accordingly with a popup. Once the device has been reverted back to a safe distance, the app will change its message congratulating the user and the popup disappears, allowing normal device use to resume. Since most kids at a young age won't necessarily know better, the app can help inform them about holding the device at a safe distance. For those that are aware, the app can allow parents the freedom of not having to constantly tell their kids to hold their devices further away. The app is of course, free to use, and is already live in the Play Store. It's also an Android-Only application.