Google’s “Glass” head-mounted display may have had a difficult journey throughout its prototype lifetime, and while certain reports have previously suggested that Google Glass is dead, development on the Glass may have not ended after all. But whatever the future may or may not hold for Google’s product, the Glass did manage to get other companies interested in the concept of a smart wearable camera, and unsurprisingly Samsung was among the first tech giants to show an interest in competing with Google in this particular niche. The company was initially rumored to work on a so-called Samsung Galaxy Glass wearable, but as it turns out, Samsung might have bigger plans for the head-mounted display niche. Specifically, the Korean tech giant is apparently working on a smart contact lens dubbed the “Samsung Gear Blink”.

To be precise, the Samsung Gear Blink moniker has been somewhat known since the year 2014, when Samsung filed for trademarking the brand in South Korea. Initial rumors suggested that the Gear Blink will be the final name of the rumored Galaxy Glass headset, but new evidence suggests that the Gear Blink is, in fact, a smart contact lens able to connect to a smartphone. It’s equipped with a display, a camera, an antenna, movement sensors, and technology that would allow the wearer to control the smart device through blinking – hence the term “Gear Blink”. These details came to light more recently when the Korean tech giant applied for trademarking the moniker in the U.S. However, as is the case with the majority of patent and trademark filings, the fact that Samsung wanted to secure the “Gear Blink” brand doesn’t necessarily mean that the product will enter production soon, or ever. On the other hand, this isn’t just a process to secure a nametag. The filings were accompanied by sketches with the device, which means Samsung did spend some time thinking the concept through, regardless of whether or not it will be put into practice.

Samsung is no stranger to the wearable market and the idea of Internet of Things. The company already has several smartwatches under its belt, and late last year Samsung also released its first mobile virtual reality headset – the Samsung Gear VR. With Microsoft’s HoloLens Development Edition now out and about, it should be no surprise that the Korean tech giant might want to be involved in the idea of augmenting reality too. Either way, a smart contact lens technically requires micrometer-sized components, and as yet the concept sounds a bit too ambitious to come to life soon. 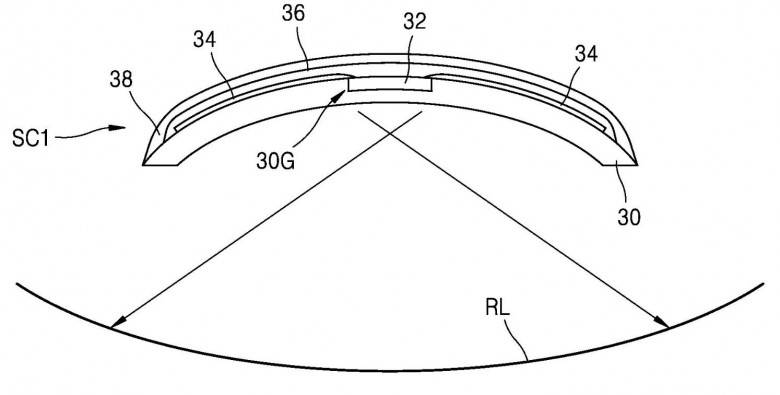