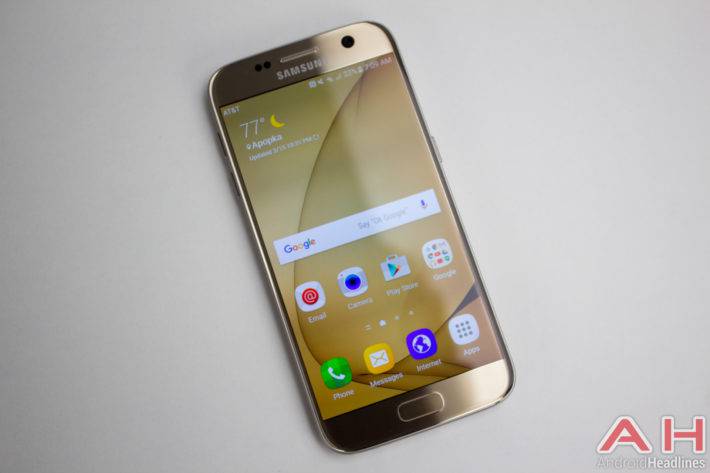 Samsung's TouchWiz UI has been scorned by many for more than a few reasons over the years, mostly due to the amount of RAM and storage it takes up resulting in devices that aren't as snappy as they could be. That has largely changed with the more recent version of Samsung's official Android launcher, but that doesn't mean that Samsung is about to stop striving to make TouchWiz even better. While much of the clutter has been stripped away and the design has been overhauled over the last few versions to resemble something more in line with Google's Material Design guidelines, there is still an opportunity for Samsung to improve upon another very important area. Battery life.

Today at the annual Samsung Developer Conference, the company announced that they were beginning to test a new TouchWiz launcher that is powered by the Vulkan API in attempts to save battery life on devices. While the Vulkan API is going to do some real good in the mobile gaming space to help further the advancements of what's possible with gaming on the platform, Samsung has realized that gaming doesn't have to be the Vulkan API's only trick, and is currently doing limited tests with this new launcher they're referring to as TouchWiz-like.

While there is still likely a lot of work to do on the launcher as Samsung has stated that it doesn't make full use of the Vulkan API's capabilities, it allows this version of TouchWiz to perform equally or better than the version that is currently installed on Samsung's devices while also consuming less power to do the same tasks. This alone makes Samsung's work with the API and on the new launcher a promising pursuit as it could end up hitting existing devices like the Galaxy S7 and Galaxy S7 Edge, and even if it doesn't, it could hit next generation devices that offer up even better battery life without having to restrict the performance of the system and its hardware. Granted, it's worth mentioning that Samsung has only tested this new launcher against the current version of TouchWiz for things like scrolling pages and tapping on the app drawer to open it up, which are about as basic as they come, but less power consumption is less power consumption, as Samsung notes a 6% savings on battery life for the same tasks in the TouchWiz that uses GL ES.