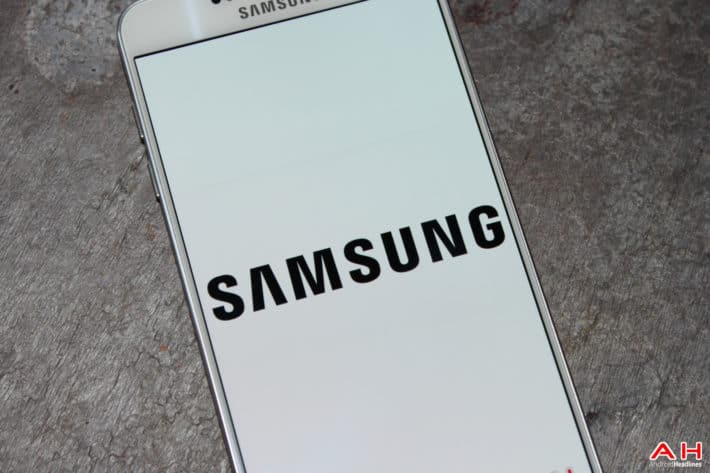 Samsung is one of the companies who announce and release a number of handsets each year. Although, they have been noted releasing less than usual over the last year or two, they are still releasing a number of handsets and specifically, a number of Galaxy handsets. In addition to their flagship range for 2016, the Galaxy S7 and S7 Edge, the company has also been noted releasing Galaxy A and J range variants too. One of the most recent Galaxy additions to be doing the rounds is the Galaxy C7 from Samsung. In fact, this will not be the only Galaxy C range smartphone on offer either, as it is widely reported a Galaxy C5 handset is en route as well. In terms of the C7 specifically, this is a smartphone which inevitably looks to be approaching its release and has already been spotted on AnTuTu and being benchmarked through Geekbench. Following which, the same device has also now been spotted being benchmarked on GFXBench as well.

In terms of the GFXBench listing and confirming the details that have already come through from the previous benchmarks, the Samsung Galaxy C7 does look to be a smartphone which comes equipped with a 5.5-inch display and makes use of a 1920 x 1080 resolution. Inside, the GFXBench listing confirms that the Galaxy C7 will come sporting 4GB RAM (listed as 3.5GB) and will come powered by a 64-bit Qualcomm Snapdragon 625 Octa-Core processor (clocking at 2 GHz). Storage looks set to be at 32GB (listed as 25GB), while there is what is likely to be a 16-megapixel rear camera (listed as 15-megapixels) and an 8-megapixel front-facing camera (listed as 7-megapixels). The Galaxy C7 will come sporting a number of the usual sensors, NFC, microSD support and will also come running on Android 6.0.1 (Marshmallow) out of the box.

As already mentioned, this is a handset which has already been benchmarked before and pretty much all the details in the latest GFXBench listing confirm those previous details. So while there is not much new here, they do add to the growing confirmation of what can be expected when the Galaxy C7 is officially announced – which is thought to be in the coming weeks. 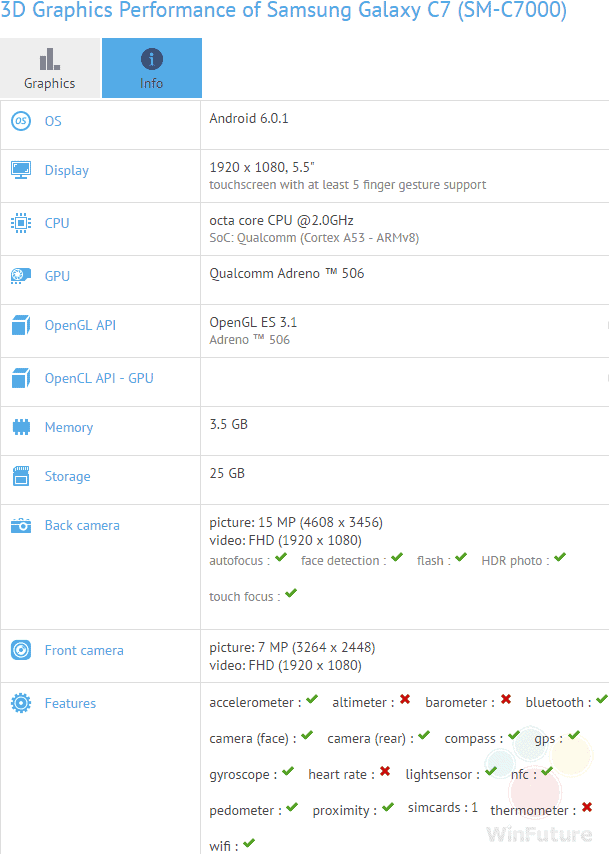