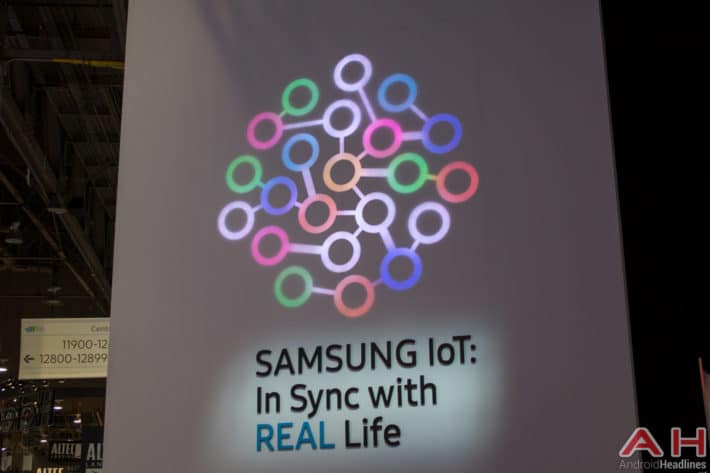 Samsung has been involved in the concept of Internet of Things (IoT) for several years already, and as some readers may be aware of, last year the South Korean manufacturer launched SmartThings Open Cloud in order to give device manufacturers a cloud-based infrastructure for their IoT devices. However, Samsung’s vision for its cloud service is bigger than bringing the Internet of Things in households. The company wants to be a part of the IoT industry as a whole and become a major IoT supplier for third-party developers, and in order to do this, Samsung figured that it has to deliver a cloud-based service as well as the hardware itself. This is how Samsung ARTIK was formed as a production-ready IoT development platform, consisting of ARTIK Modules (hardware) and the new ARTIK Cloud (the cloud service itself) introduced at SDC 2016.

Although the Samsung ARTIK modules have been unveiled last year, the company touched on its IoT platform again at this year’s Samsung Developer Conference. Samsung shared its vision for the Internet of Things, and shed more light on the ARTIK Modules and the new ARTIK Cloud service. While companies like Microsoft and Amazon already offer IoT cloud services, Samsung claims that ARTIK Cloud differs from the competition in that it makes it easier for developers to create and connect IoT devices. The idea is to give third-party IoT developers the necessary hardware (Modules) to build Internet of Things gadgets, all the while giving developers the proper cloud platform – ARTIK Cloud – with open APIs to support native interconnectivity between their devices.

As far as the hardware goes, as yet Samsung has prepared three IoT platforms, namely the ARTIK 1, ARTIK 5, and the ARTIK 10. The ARTIK 1 is the smallest platform measuring 12 x 12 mm, sporting a dual core processor clocked at up to 250 MHz, 1 MB on-chip memory with 4 MB SPI Flash storage, Bluetooth Low Energy with a chip antenna, a 9-axis motion sensor, and a hardware secure element. The ARTIK 5 seems to be aimed at the wearable market, as it features an ARM-based dual core processor clocked at 1.0 GHz per core, a Mali 400 MP2 graphics chip, 512 MB of LPDDR3 RAM, 4 GB eMMC storage, WiFi 802.11 b/g/n, Bluetooth, and Bluetooth Low Energy + ZigBee. Last but not least, the ARTIK 10 measures 29 x 29 mm, and sports an ARM-based Octa Core processor clocked at frequencies of up to 1.3 GHz, a Mali T628 MP6 graphics chip, 2 GB of LPDDR3 RAM, and 16 GB eMMC storage. Connectivity-wise it shares the same characteristics as the ARTIK 5, including Wi-Fi 802.11 b/g/n, Bluetooth, and Bluetooth Low Energy +ZigBee.