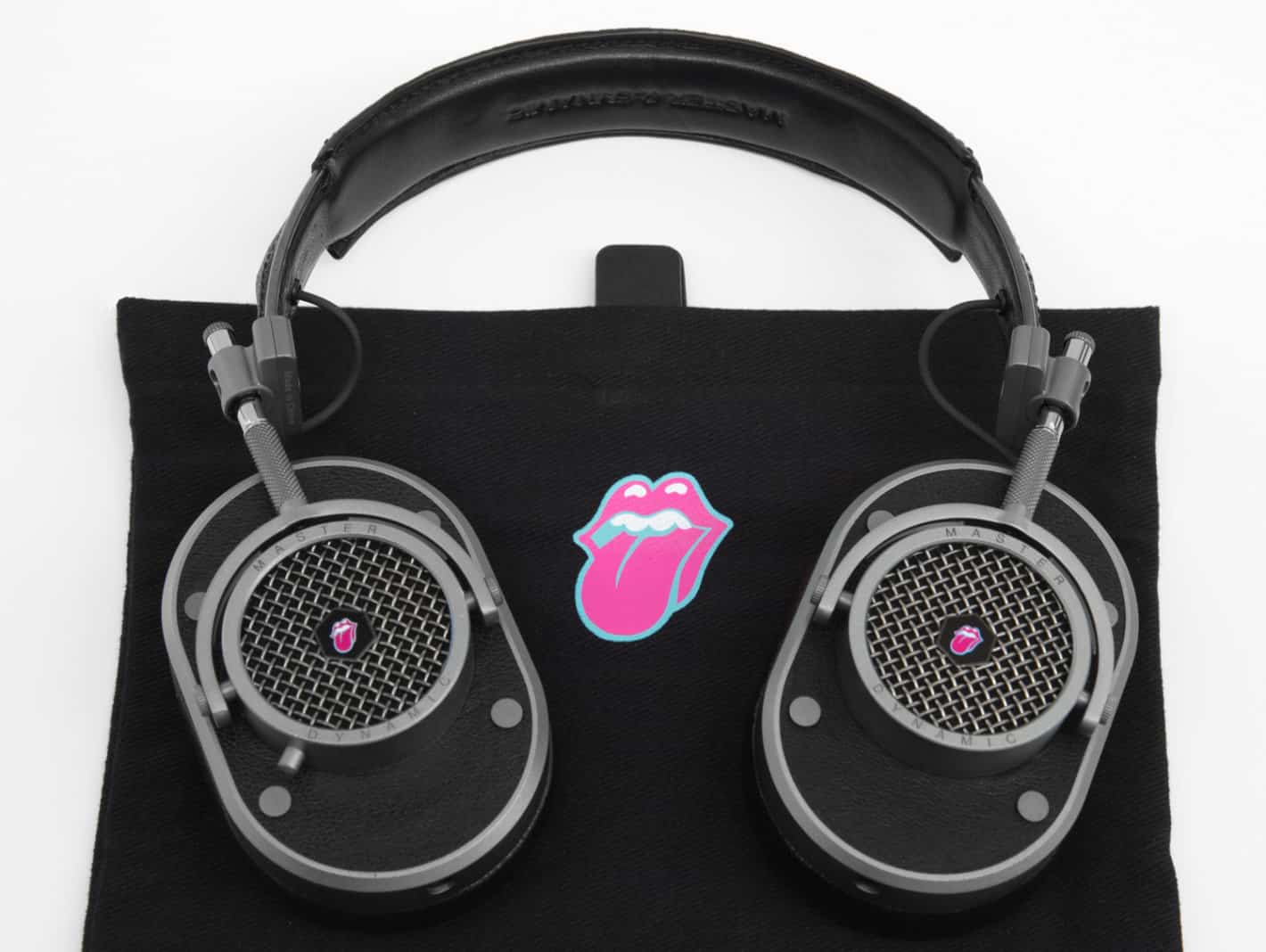 Since the arrival of the iPod, and the continuation of personal music with the likes of Spotify and our smartphones, headphones have become something of a status symbol as much as they are means of listening to your favorite tracks. The right pair of headphones can say how much you like your music or how "in tune" you are with modern society. If there's one band on Earth that knew a thing or two about being a status symbol, it'd be the Rolling Stones, and now this iconic rock band will get their own set of headphones from Master & Dynamic.

This custom pair of the MH40, which we reviewed here, are being made to celebrate the Rolling Stones's "Exhibitionism" exhibition, which is currently getting started at London's Saatchi gallery and will hit 11 Cities over the world, including Master & Dynamic's home of New York. For all intents and purposes, these are the same pair of MH40s that the New York brand has been selling for a couple of years now, but they feature subtle difference such as the classic Stones logo on the ear cups, as well under the ear pads themselves and on the included carrying pouch.

Celebrity and headphones seem to go hand-in-hand these days, and the Beats empire is perhaps a fine example of this, but these are actually the first pair of headphones to be commissioned by the Stones. These are also a nice and subtle change to the already-classic design of the MH40, which makes these a little less "in your face" compared to much of the merchandise that comes from the Rolling Stones house. Of course, these headphones aren't going to be cheap, and right now it doesn't appear as though they're available directly from the Master & Dynamic website, but they're going to retail for $500 which is an extra $100 on top of their $399 RRP. We suppose that this goes to prove that there's still some value left in the Stones' classic logo and this could also be another example of headphones as art, but regardless, hardcore Rolling Stones fans will have a decent pair of headphones to consider at long last.