Yesterday, quite an interesting report came through detailing benchmarks which were emerging and thought to be of an upcoming smartphone, the OnePlus 3. As is usually the case, the benchmarks came courtesy of Geekbench and GFXBench and provided some insight into what could be the OnePlus 3 and its specs and the suggestion that there could be a 6GB RAM variant. Well, today is another day and now we have another benchmark listing circulating for what could be another upcoming smartphone, the Motorola Moto X (2016).

The new Motorola smartphone which has now been spotted on Geekbench comes with the “Sheridan” codename and the model number ‘XT1650’. Which is one of the indications that suggest this could be the Moto X 2016. In terms of the rest of the details, the benchmark does not reveal anything too much and certainly not anything too surprising with the RAM being listed as 4GB and the device coming powered by a Qualcomm Snapdragon 820 Octa-core processor. Both aspects which would be assumed to be on offer with this year’s Moto X handset.

Other than the RAM and processor, the only other discernible aspects from the benchmark listing is that an Adreno 530 will be in play and taking care of the graphics, while the handset is said to have scored 2309 on its single-core performance and 5344 on its multi-core testing. Last but not least, the listing details that Android 6.0.1 (Marshmallow) is the level of software on offer. Of course, with Android N creeping ever closer to its final release, there is always the possibility that a summer arriving Moto X could come sporting Android N at the time of launch. Although, there are no clear indications as to whether this will be the case as of yet. This is of course not the first time reports have come through on the Moto X 2016 and the device (along with the Moto G 2016) were allegedly spotted in some leaked images which came through back in February. Although, it would seem that for more detailed specs, features and design points, we will have to wait on further leaks or benchmarks to come through. In the meantime, you can check out the currently noted benchmark listing below. 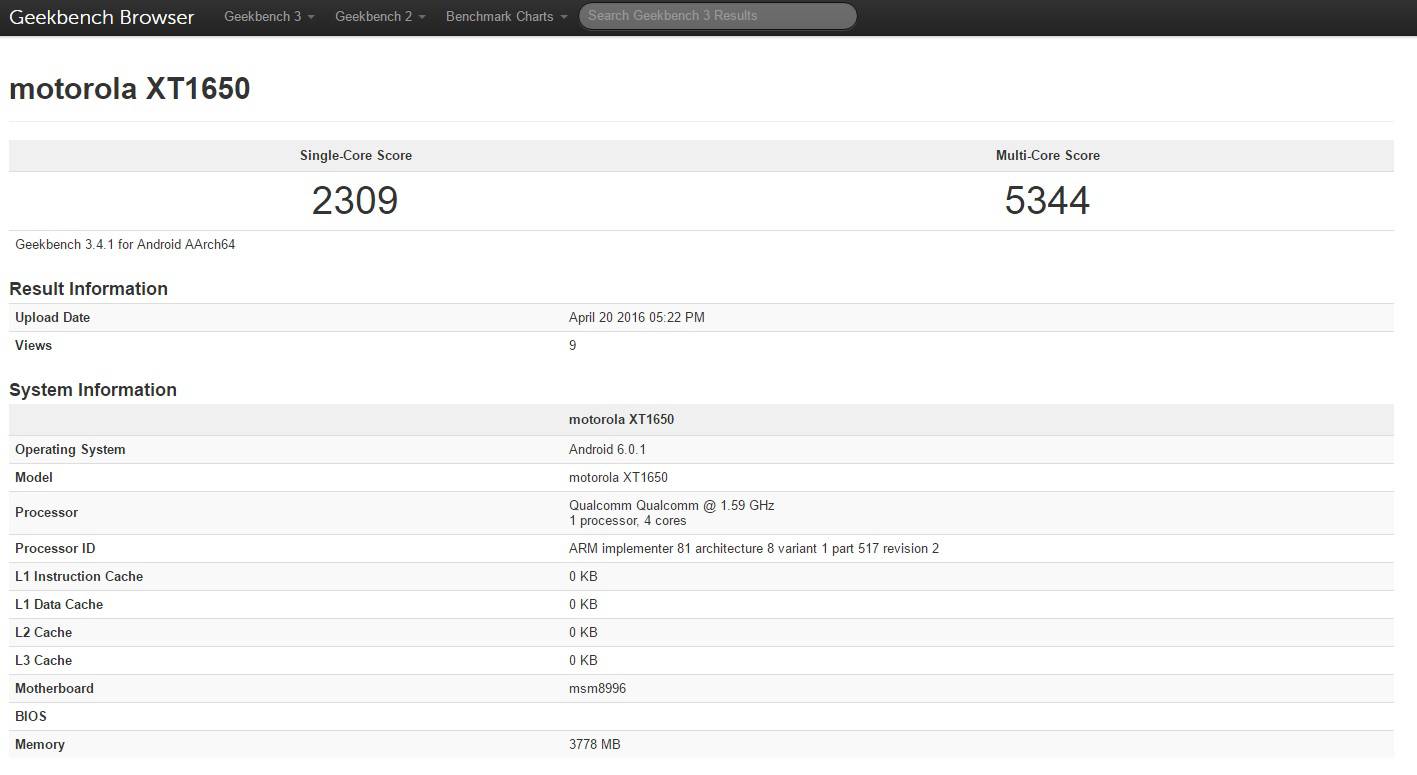