Do we have a good one for you today – the Samsung Galaxy S7 Edge goes up against the new Huawei P9 Plus.  The sculptured metal and glass of the Galaxy S7 Edge go up against the all-metal P9 Plus – very reminiscent of the current iPhone design.  Both devices are beautiful to look at, feel solidly built and are premium looking in any direction.  Does the new Huawei P9 Plus have what it takes to compete with the more established and tested Samsung flagship devices? We will first see what these two devices share before we take a closer look at each.

Last year, Samsung did a Galaxy S6 redo, so the outside look of the Galaxy S7 Edge looks very similar as Samsung kept most of the changes or upgrades to the inside the device. While this ‘same-look’ does take away some of the excitement of the new Galaxy S7 Edge, Samsung made enough changes to make it a worthy contender.  In this comparison, we are looking at the specifications and the innovations of these two devices, so let’s first take a closer look at the new Galaxy S7 Edge.

We assumed that last year’s 16MP shooter on the S6 models would be replaced by a larger 20+ sensor, but rather than increasing the pixels, Samsung replaced it with a new Dual Pixel 12MP that has a larger sensor than the old 16MP used, allowing it to take in more light and information.  They increase the aperture to f/1.7, they included faster phase detection autofocus (PDAF), auto HDR and retained the OIS.  Many were worried Samsung messed up a good ‘thing’ – however, the new S7 Edge has already been cited by DxOMark as one of the best mobile camera currently available with a score of 88.  The Galaxy S7 Edge uses a 5MP wide-angle lens with a larger f/1.7 aperture and Live HDR for its front-facing camera (FFC) allowing for excellent low-light selfies and video chatting.  The S7 Edge includes a larger 3600mAh non-removable battery than its predecessor and comes with quick charge and quick wireless charging as well.

What other features distinguishes the Galaxy S7 Edge from the Huawei P9 Plus? The S7 Edge offers an always-on display with dual curved edges and IP68 water and dust resistance. While you can use Android Pay, you can also use Samsung Pay to make mobile purchases just about anywhere you can swipe a credit or debit card. The S7 Edge also has a heart rate monitor, oxygen saturation sensor, and quick wireless charging.  The S7 Edge measure 150.9 x 72.6 x 7.7mm, weighs in at 157 grams and is available in Black, White, Gold, and Silver, costing about $790, although the carriers are offering many specials. 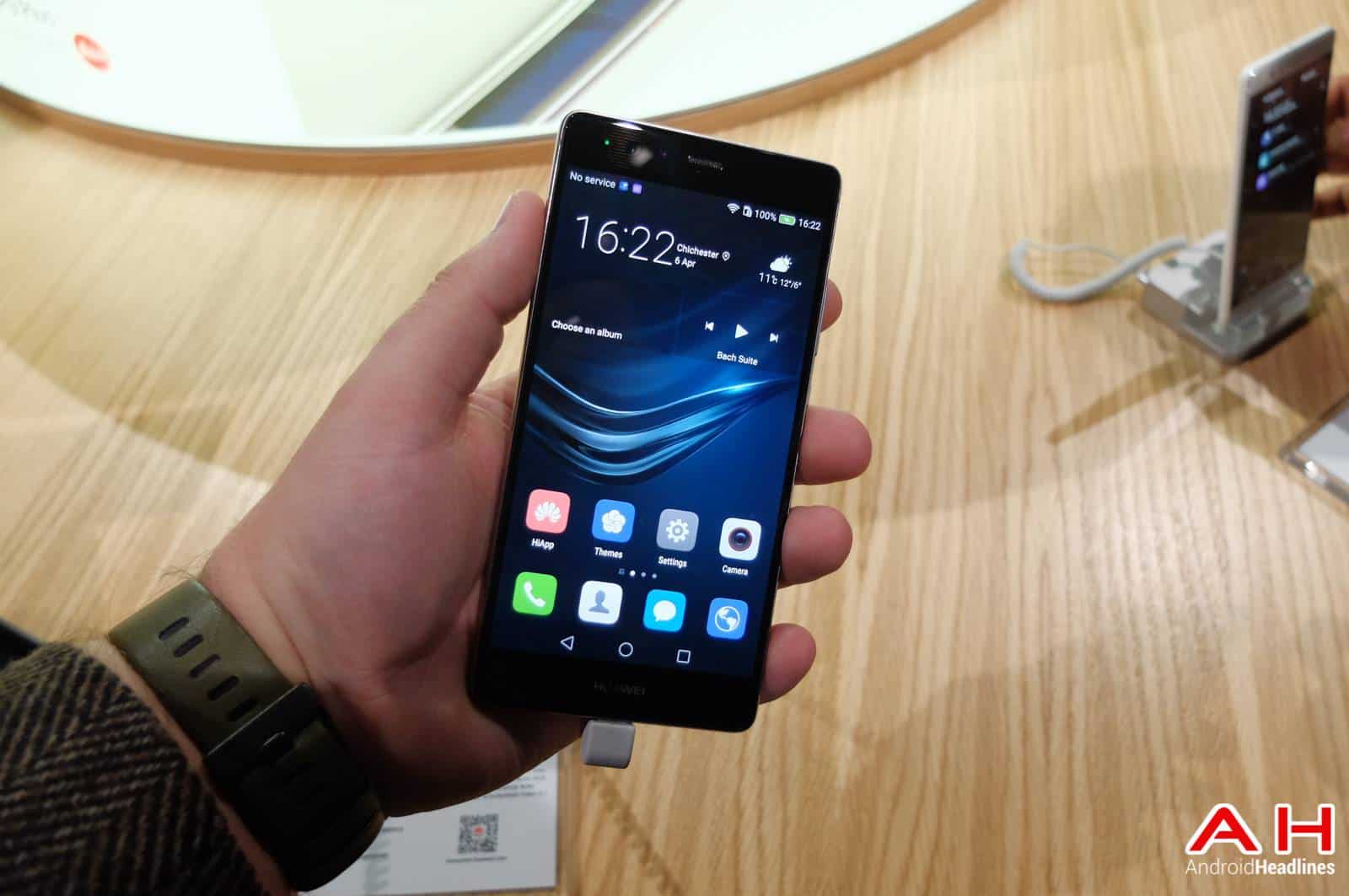 Huawei makes an excellent smartphone – just look at the Nexus 6P.  The new Huawei P9 Plus is their next generation ‘P’ series device and their first smartphone developed under Huawei’s partnership with lens and camera maker, Leica.  The P9 series looks much like other Huawei devices – the popular Nexus 6P and Huawei P8 – and maybe a little iPhone thrown into the mix.  The aluminum-clad body is as beautiful to look at, as it is to hold.  The real ‘focus’ (pun intended) on the P9 series – is the camera area.  The Galaxy S7/S7 Edge, the LG G5, and the new HTC 10 are very camera oriented, and with good cause as the smartphone camera is taking over as the new generations’ point-and-shoot.

The Huawei P9 Plus comes with a 5.5-inch Super AMOLED FHD display with a resolution of 1920 x 1080 pixels and 401 PPI.  Huawei uses a 3D Touch display, much like the iPhone, where different pressures on display cause the phone to react differently.  The P9 Plus uses a HiSilicon Kirin 955 octa-core processor with one quad-core clocked at 1.8GHz and another quad-core clocked at 2.5GHz, and the Mali-T880 MP4 GPU provides the graphics.  It packs 4GB of DDR4 RAM and 64GB of internal memory that is expandable by 128GB via a microSD card.

Leica optics is the emphasis on the Huawei P9 series, and the lenses are paired with dual 12MP (Sony IMX286) sensors – one handles the RGB camera, and the other is a monochrome camera.  Huawei claims the monochrome lens can capture more detail than the RGB lens.  Put together, they should produce some excellent photos along with an aperture of f/2.2, dual LED flash, and laser autofocus although there is no OIS.  Huawei uses an 8MP with autofocus and f/2.4 FFC for selfies and video chatting. A 3400mAh non-removable battery with fast charge capabilities supplies the power.

What does the Huawei P9 Plus offer that the Samsung Galaxy S7 does not? It has a built-in IR Blaster, stereo speakers, it uses the newer reversible USB Type-C plug, and has dual-IC Rapid Charge that claims six hours of talk time on a 10-minute charge. It measures 152.3 x 75.3 x 7mm, weighs in at 162 grams, and is available in Ceramic White, Rose Gold, Haze Gold and Quartz Grey with a price of about $850, based on its European price.  Huawei announced that the P9 Plus' release in Europe and Asia, and while there were no specifics mentioned regarding a US version, word has it that Huawei will bring the P9 series to the US at a later date. It would be a great way to build on the popularity of the Huawei Nexus 6P.  It is running Android 6.0 Marshmallow with Huawei’s Emotion UI 4.1. 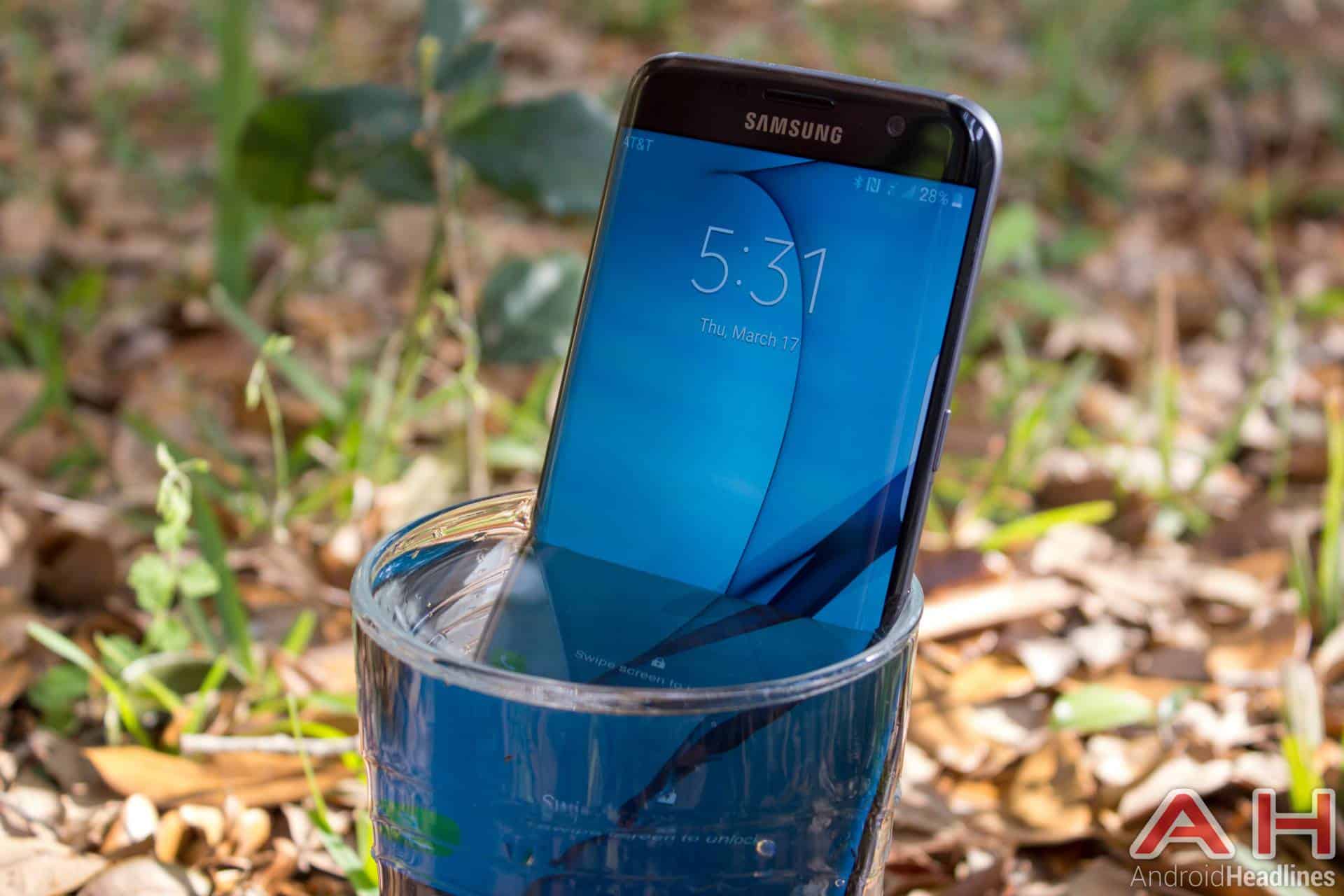 This comparison was one of the tougher ones because the Huawei P9 Plus is such an excellent device, and if it can quickly find its way to the US and be available on all the major networks, it could turn quite a few heads.  But for now, the winner of this comparison is the Galaxy S7 Edge.  Starting with the same size display, the S7 Edge uses the QHD resolution versus the FHD technology used on the P9 Plus, and those dual curves are quite a 'wow' factor. The Galaxy S7 Edge uses a slightly better processor, much better GPU, the same amount of RAM and memory, as well as room for 200GB (versus 128GB) of additional memory.  The memory used in the S7 Edge is the newer and faster UFS 2.0 variety.  We will have to wait and see how the camera is on the Huawei P9 Plus, but so far, the Galaxy S7 is the camera to beat according to DxOMark. The battery is slightly larger in the Galaxy S7 Edge – 3600mAh versus 3400mAh – but it also has rapid charge and quick wireless charging.  It also sports IP68 water resistance, Samsung Pay, a heart monitor and an oxygen saturation sensor – and it does it all for a lesser cost.

The Huawei P9 Plus has the looks and specifications to be an excellent high-end smartphone with a real emphasis on the camera and build quality.  It does have the 3D Touch display and an interesting camera configuration, and even a higher price tag.  After a close examination, when compared to Galaxy S7 Edge, I do not see anything the P9 Plus has that would warrant a win in this comparison.