Do we have a good one for you today – the crowd has asked for it, so here it is – the brand new HTC 10 takes on the Huawei Nexus 6P.  Metal all around on both devices with the HTC 10 getting a more ‘chiseled’ look and the Nexus 6P coming in as more rounded.  Both are beautiful, well built, and look the part of a premium smartphone.  Google played their hand well this year by offering two Nexus devices – one with midrange specs and the other with high-end specs – and Huawei really delivered on the Nexus 6P.  HTC seemed to be wallowing around with a lost identity but recaptured it with the new HTC 10.  This should be a great comparison, and it will not be until the end after we finish looking at both devices that will I be able to pick a winner.  Let’s first take a quick look at what these two flagships have in common and then look at each one in more depth.

The Nexus 6P and HTC 10 do have some common ground, but not much.  Both devices use the Quad HD (QHD) resolution for their displays, but they differ in size and technology.  They both use a 64-bit Qualcomm Snapdragon processor, but different models with different GPUs.  The Nexus 6P and HTC each offer a 32GB model, and only the HTC 10 can expand that memory.  Even though they both use about a 12MP sensor for the primary camera, their technologies are vastly different, although they both use laser autofocus and a dual-tone LED flash.  They both use two speakers for sound – the Nexus 6P uses the dual front facing speakers, and the HTC uses a woofer on the bottom of the device and a tweeter on the front earpiece.  Both use a non-removable battery and both incorporate rapid charge.

The Nexus 6P and HTC 10 have the usual suspects – WiFi, Bluetooth v4.2, GPS, NFC, a reversible Type-C port for charging and data transfer, as well as a fingerprint sensor for unlocking the device and authorizing mobile payments with Android Pay.

Please take a deliberate look at the detailed Specifications Comparison chart below (yes, we know it is not the HTC 10 in the picture as their website is not updated) and here you will see just how these two great devices stack up against one another.  Click on the “View Full Comparison” link at the end of the chart to expand the details. After that, we will look at each device in greater depth and point out some of its pros and cons. From all of this information, we will try to determine the winner based on specs and execution of design and functions.

Google tapped Huawei to build the high-end Nexus 6P device.  It is well-built and comes with an all-metal unibody construction.  There are four colors – Aluminum, Graphite, Frost, or Matte Gold – to choose from any one of them will give your Nexus 6P that premium look.  Can this six-month-old device hold its own in the specifications department when compared to the new HTC 10?  Both devices look great, but what about the insides – the displays, processors, memory, batteries and other features?

Samsung produces the Nexus 6P’s 5.7-inch AMOLED display, but it is not quite the same as their Super AMOLED technology that they reserve for their own devices.  It is QHD with a resolution of 2560 x 1440 pixels that gives you 518 PPI.  Huawei decided to go with the 64-bit Qualcomm Snapdragon 810 octa-core processor, version 2.1.  It has four cores clocked at 1.55GHz and four cores clocked at 2.0GHz.  The Nexus 6P has 3GB of RAM and a choice of 32GB, 64GB or 128GB of internal memory and has no means for external expansion.

The Nexus 6P has a great Samsung-built AMOLED QHD display and has dual front-facing stereo speakers.  It is running pure Android 6.0 Marshmallow and will always get the fastest upgrades possible when new versions come out.  It measures 159.3 x 77.8 x 7.3mm and weighs in at 178 grams.  Pricing is at only $500 for the 32GB model and offers an excellent value.  You can purchase the Nexus 6P at the Google Store – sold as an unlocked device makes it usable on all major US networks. 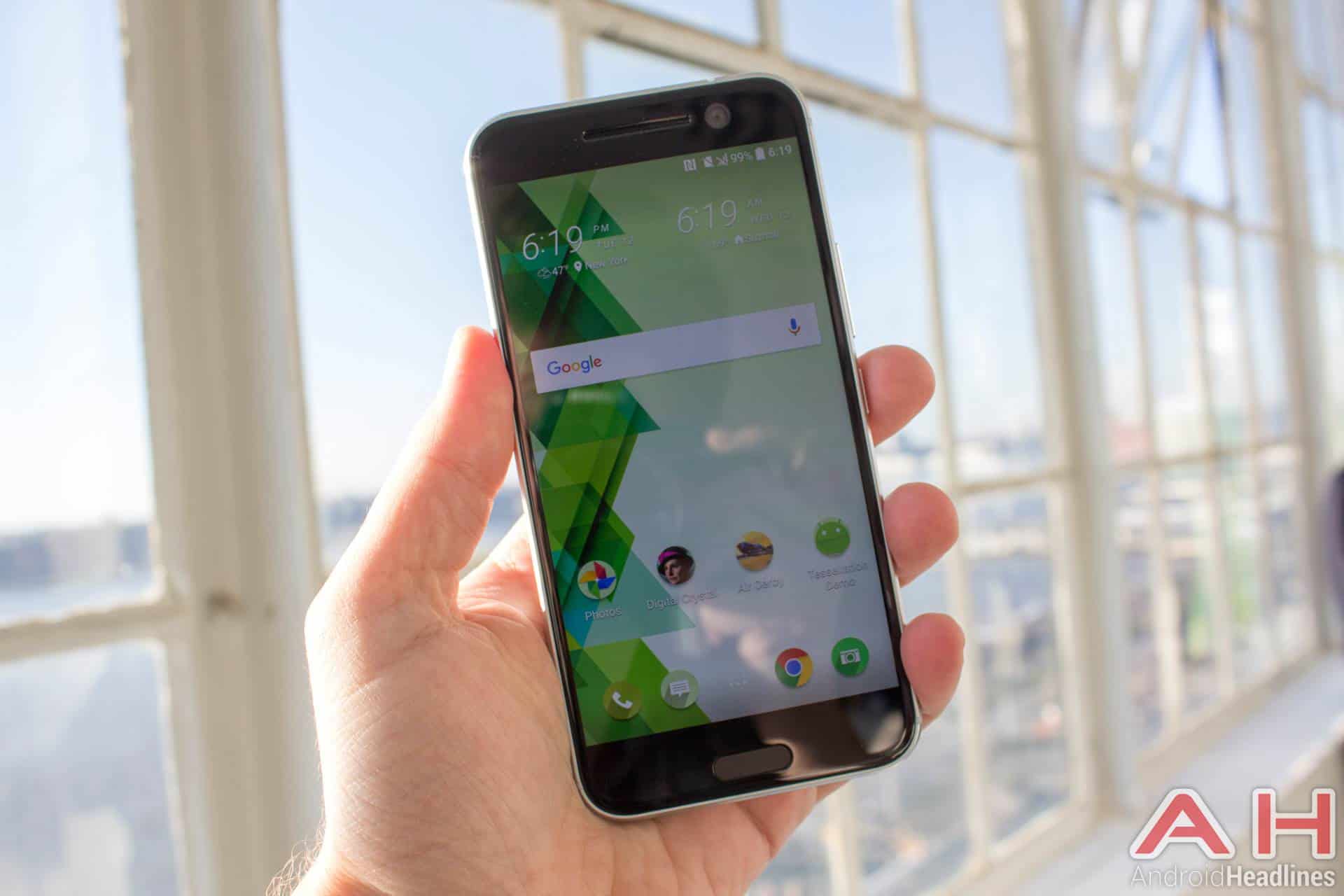 HTC is a company that has a very loyal following – one that continued to defend their FHD displays after QHD was the norm, or settles for less RAM…but oh, that BoomSound was the best out there.  While it is true that BoomSound is the best, it is still a weak excuse to buy a smartphone based strictly on sound.  Well, the HTC loyalists finally have a reason to be excited with the new HTC 10.  It seems to have it all – a beautifully carved aluminum body, the best technology out there when it comes to processor, GPU and memory, finally a great camera and while it is not the original BoomSound, it still looks like it may rule that roost once again.

The HTC 10 sports a 5.2-inch Super LCD5 QHD display with a resolution of 2560 x 1440 pixels and 565 PPI.  HTC picked the top processor so far this year – the 64-bit Snapdragon 820 quad-core processor with a dual-core clocked at 1.6GHz and a dual-core clocked at 2.15GHz.  This processor is paired with the Adreno 530 GPU to handle the most complex game graphics you can throw at it.  The HTC 10 packs a full 4GB of DDR4 RAM and 32GB of internal memory that is expandable to 2TB via a microSD card.

HTC likes to fool around, for lack of a better word, with their cameras…never getting it quite right, until now.  They use a 12MP that uses UltraPixels to capture more light and image.  They added laser autofocus, a dual-tone LED flash, an aperture of f/1.8 and OIS and this all added up to a DxOMark score of 88, equaling the Samsung Galaxy S7/S7 Edge as the tops in mobile photography.  They added a 5MP FFC with a f/1.8 aperture, wide-angle lens, screen flash and even OIS to ensure great selfies even in low light and the best video chat.  The HTC packs a 3000mAh non-removable battery with Quick Charge 3.0.

The HTC 10 comes with BoomSound Hi-Fi sound with two separate speakers – a woofer is placed on the bottom of the device and the high-end sounds originate from the earpiece.  It also has Dolby Hi-Res music for your earphone enjoyment.  The HTC 10 measures 145.9 x 71.9 x 9mm and weighs in at 161 grams.  It comes in Carbon Gray, Topaz Gold, Glacier Silver and will cost you about $699 for 32GB of memory. 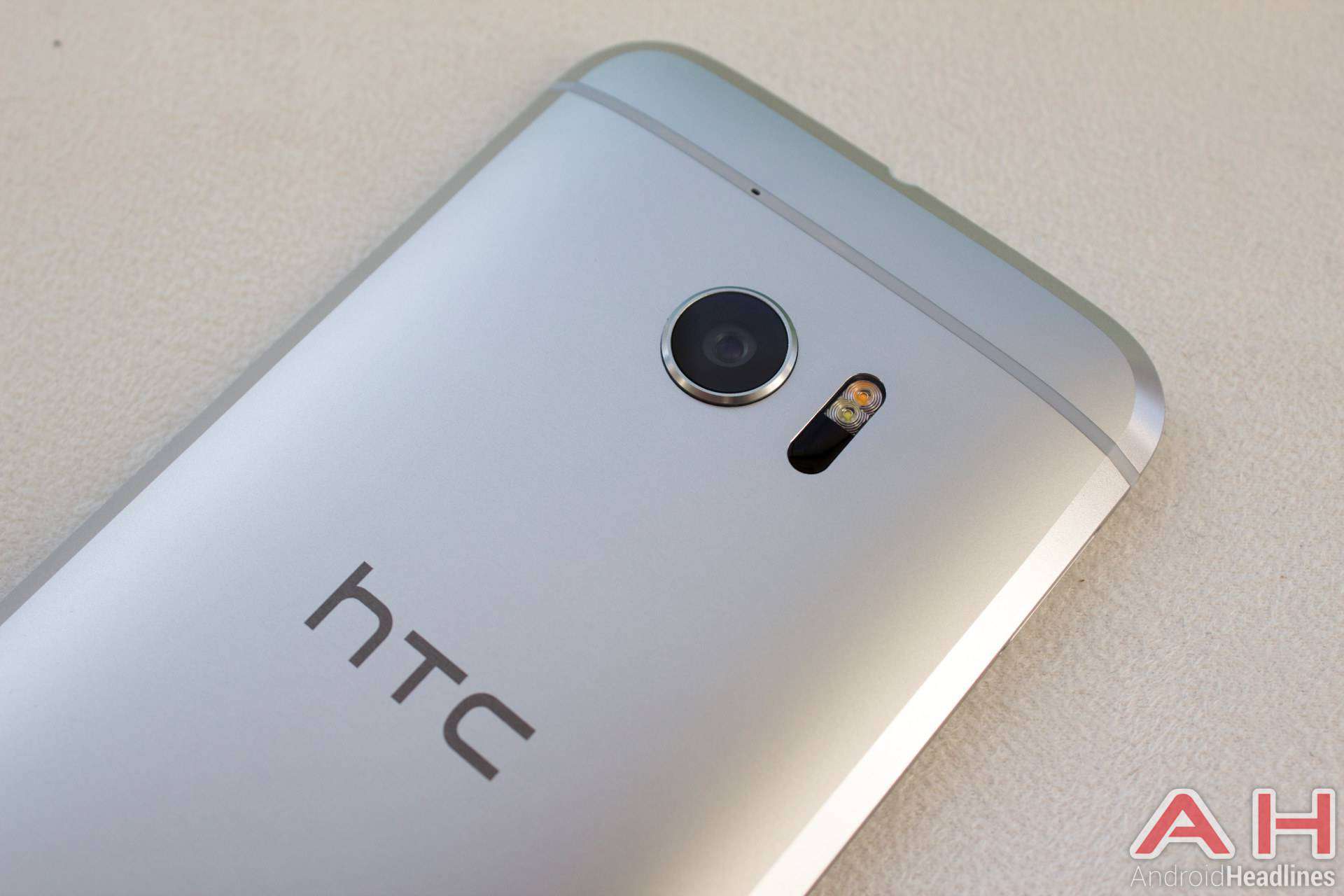 Oh my, this was a real tough one to pick, and I know that the Nexus 6P crowd will bash this decision, but facts are facts and specs are specs – the HTC 10 is newer and has more advanced hardware and, despite the significant price difference, is the winner of this comparison.

The HTC 10 is as beautiful on the inside as it is on the outside – the display is QHD, it uses the Snapdragon 820/Adreno 530 combo that are miles ahead of last years’ 810/430 found in the Nexus 6P.  It has more RAM, expandable memory, and a more advanced camera area – front and back.  The HTC 10 still has BoomSound Hi-Fi and special Dolby Hi-Res sound out of the earphones.  It is simply the most powerful device of these two smartphones.

Android users will not debate the importance of a Nexus smartphone – the fast updates are excellent, and the price is generally ‘reasonable’ for what you get.  The Nexus 6P is a great device, but this comparison is mostly about specifications, and the six-month-old Nexus 6P is showing its age.  It does have a larger and AMOLED display – which is a plus in my book – dual front-facing stereo speakers, which are certainly a nicer placement than the HTC setup.  However, once you look past the pure Android, larger AMOLED display and speaker placement, there is nothing that the Nexus 6P offers that is not equal to, and in most cases, better on the HTC 10.