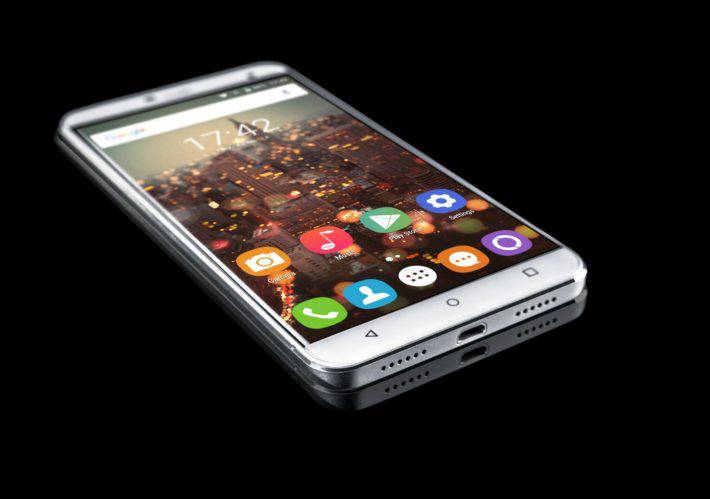 Oukitel is a small China-based company which you have probably heard of by now. This company specializes in manufacturing big battery smartphones as of late. They've introduced some regular phones last year, but a number of their devices released in the last couple of months sport big batteries. The Oukitel K4000, K6000 and K10000 were introduced in the past, and they sport 4,000mAh, 6,000mAh and 10,000mAh battery packs on the inside. We've reviewed all of these devices, in case you'd like to know more.

That being said, Oukitel has also introduced some additional devices K4000 and K6000 devices, namely K4000 Pro and K6000 Pro. These were slightly different devices that the standard K4000 and K6000 units, and they sport somewhat higher-end specs, and slight differences in overall design. Well, it seems like Oukitel is planning to release yet another K6000 handset, and judging by its specs, this will be the most powerful smartphone this company has ever built. We're talking about Oukitel K6000 Premium which will feature 6GB of RAM and 32GB of internal storage according to our source at the company. According to our info, this handset will sport a curved glass back, and will ship with a 13-megapixel camera on both its back and front side. Sony's IMX258 13-megapixel sensor will be utilized on the device's back, and we still don't know which sensor will be used up front (quite probably one of OmniVision's sensors), but we do know that the company will include a front-facing LED flash here as well.

If you take a look at the provided images, you'll get to see the K6000 Premium in the flesh, though do keep in mind that this design hasn't been confirmed just yet, there might be some slight differences once the final version gets released. In addition to the mentioned specs, this smartphone is also expected to sport a 5.5-inch fullHD (1920 x 1080) AMOLED display, and its internal storage will be expandable up to 128GB via a microSD card. The phone will also pack in a 6,000mAh battery which will not be removable, and the device will be fueled by MediaTek's Helio X20 64-bit deca-core processor. Two SIM card slots will be available here, and you'll also be able to take advantage of 4G LTE connectivity on this device. Android 6.0 Marshmallow will reportedly going to be pre-installed here, and MediaTek's Pump Express Plus fast charging will also be a part of this package. In addition to all this Oukitel also plans to include a fingerprint sensor on this smartphone, which is always good to hear.