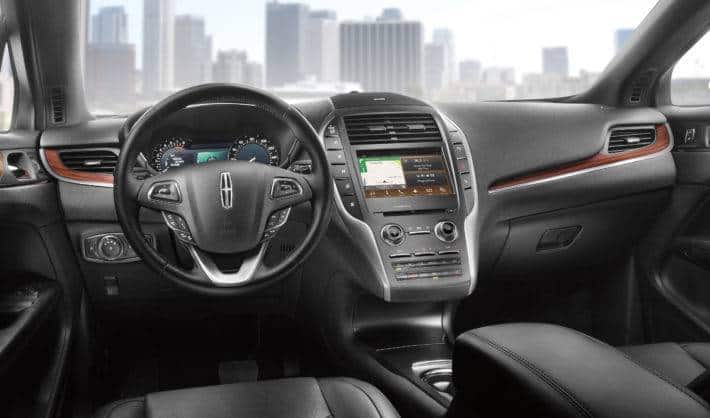 Today, the Open Automotive Alliance added yet another new partner. After adding in Mercedes recently, Lincoln is now joining the fold. Lincoln is actually a division of the Ford Motor Company – who has been part of the OAA since the start, which makes it a bit strange that they [Lincoln] wasn't part of the alliance. Nevertheless, those that love Lincoln's cars and buy them when its time for a new car, you'll be happy to know that the company announced some plans for Android Auto.

While Lincoln is only outfitting two of their 2017 models with Android Auto and Apple CarPlay, it is likely that we'll see more models in the future get the Android Auto treatment. Many car makers are tossing it in just a few models and then expanding from there. Likely to see how well it works for them and their customers and to see if their customers want it – even though Android Auto and Apple CarPlay are not up front, that shouldn't be a problem anyways.

Android Auto is available in a slew of cars that are on the road right now. It all started with the Hyundai Sonata which launched last summer. Since then we've seen announcements from the likes of Audi, Buick, GMC, Chevrolet, Ford, Chrysler, Dodge, Volvo, Volkswagen, and many others. The list is only going to continue to grow. And soon every car out there will have Android Auto built in. And that will be a glorious day. You can check out our Android Auto page for the most up-t0-date listings of what cars are available with Android Auto.