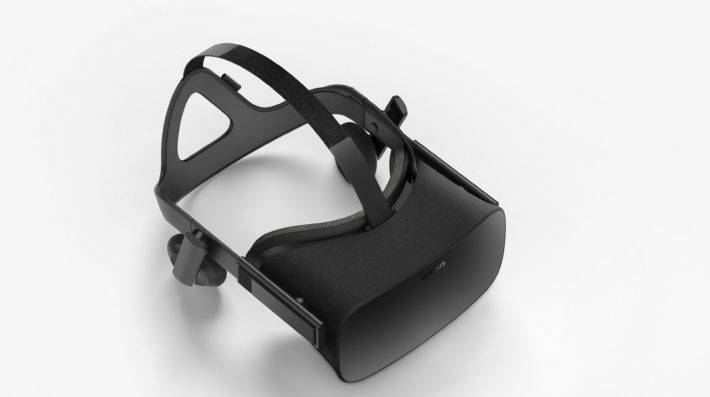 The Oculus Rift has been in development for roughly four years, making it one of the very first devices to rekindle the concept of virtual reality gaming. After two Development Kits and a handful of other prototypes showcased at various trade shows throughout the years, the Oculus Rift consumer version has finally hit the shelves in late March. The final product looks quite different and more refined compared to the previous Development Kits, and according to a recent teardown conducted by iFixit, some of the internal hardware seems to have changed as well. Let’s dive in deeper and see what makes the Oculus Rift tick.

In terms of design, the Oculus Rift consumer version is, as expected, the most comfortable and lightweight Rift variant released to date. It features a thick foam frame – designed to reduce the so-called “Oculus Face” effect – which can be easily removed (and replaced if needed) by detaching a few clips. No screws here. It’s also worth noting that the built-in headphones which sparked a mixed response from consumers early on can be easily removed by unscrewing a flat head barrel nut. This feature can come in handy whether you need to replace the original headphones with new ones, or if you already own a pair of non-Oculus headphones and you would prefer to use those instead. Digging deeper inside the Oculus Rift reveals a very different display and lens setup compared to the second Development Kit.

Instead of a single 1080p Samsung Galaxy Note 3 display, the Oculus Rift consumer version features two adjustable 1080p displays mounted on the lenses. The lenses themselves have been replaced as well and now, as opposed to utilizing interchangeable circular lenses, the consumer version is equipped with non-removable, asymmetric, hybrid Fresnel lenses with an additional convex layer. Spec-wise, the two OLED displays output a combined resolution of 2160 x 1200 with a 90 FPS refresh rate, and offer a horizontal field of view greater than 100 degrees.

The iFixit team also took a closer look at the headset’s infrared LED setup called “Constellation”. Although this array of LEDs is not visible to the naked eye, using an infrared camera reveals that the Oculus Rift is literally sprinkled with these types of LEDs designed for head tracking, and unlike the Development Kits released so far, the consumer version features infrared LEDs at the front as well as the back. Digging deeper still, the final Oculus Rift also appears to conceal a microphone, which may be used in the future for voice commands or in-game voice chat. As for the silicon, the headset uses a Toshiba TC358879XBG 4K HDMI to MIP Dual-DSI Converter, an ST Microelectronics STM32F072VB ARM Cortex-M0 32-bit RISC Core Microcontroller, a Cypress CYUSB3304 USB 3.0 Hub Controller, Winbond W25Q64FVIG 64 Mb Serial Flash Memory, a CMedia CM119BN USB Audio Controller, a Bosch Sensortec BMI055 6-axis Inertial Sensor, and last but not least, a Nordic Semiconductor nRF51822 multiprotocol Bluetooth Smart SoC. For additional technical details, you can head down to iFixit by checking the source link below.