Earlier this week Sensor Tower published a detailed report covering the performance of the Google Play Store, and according to the data, Google’s platform is currently more successful than it’s ever been. Roughly 11.1 billion app downloads have been registered in Q1 2016, representing an increase of 6.7% compared to Q1 2015. In addition, statistics show that the top 3 most popular / downloaded applications from the Play Store in the first quarter of the year are Facebook Messenger, Facebook, and Snapchat in that order. The 4th most downloaded application was Candy Crush Jelly Saga, and the fifth place was covered by Pandora. Interestingly enough, however, the app category that saw the biggest increase in popularity over the first quarter was photography with a 20% increase. Nonetheless, games appear to remain the most popular types of applications available in the Google Play Store, with statistics showing that games outnumber tools 5-to-1. Moreover, the number of games downloaded in the first quarter of the year surpasses the number of tool app installations 4-to-1. 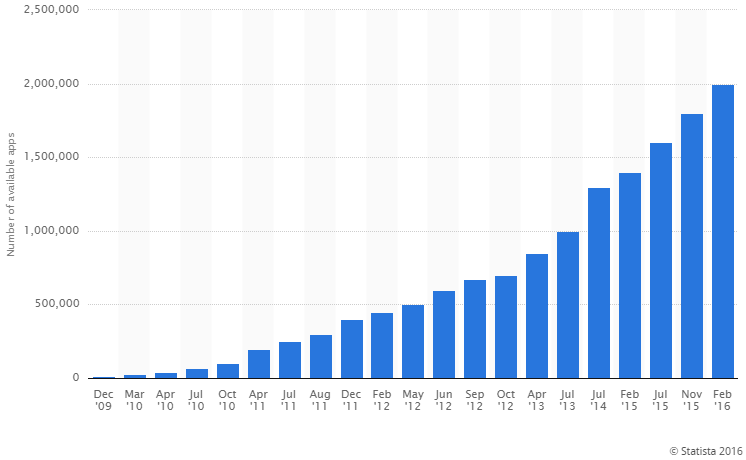 Advertisement
Trusted By Millions
Independent, Expert Android News You Can Trust, Since 2010
Publishing More Android Than Anyone Else
9
Today
89
This Week
555
This Month
1229
This Year
111343
All Time
Advertisement