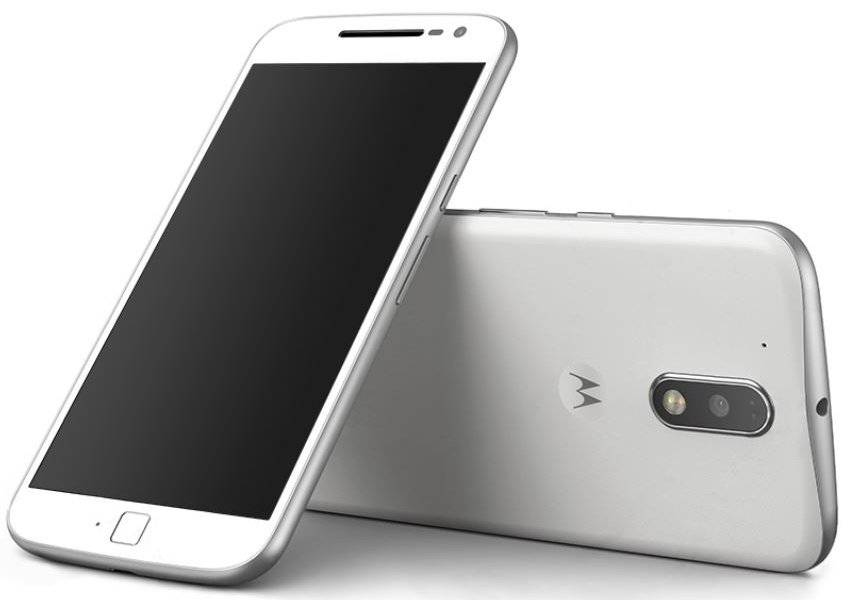 Motorola hasn't had a new smartphone since last Fall, but over the past few days, there have been a few leaks referencing a new smartphone in the works called the Moto G4 Plus. The leaked device would be the first in Motorola's lineup over the past few years that would feature a physical home button according to the rumors, which would likely be the resting place of an integrated fingerprint sensor built into the device similar to the way HTC has done with the all new HTC 10 and the HTC One A9 from last year. Now a new leaked render has surfaced which would appear to show off the Moto G4 Plus in a final design.

The render looks pretty much identical to the design of the phone that was spotted in what are rumored to be leaked real-life images of the Moto G4 Plus just yesterday, showing the same physical home button that had mentioned before and the same design of the rear camera setup. Although the render wouldn't be the first full body shot that's made it to the web, the views of the phone design are quite a bit more clear than any previous leaks of the phone that have shown up prior to now.

The render is also showing off the phone in white, suggesting that it will come in both black and white color models, which wouldn't be too much of a shock considering Motorola has offered white and black models of more than a few of their recent handsets. There aren't any detailed specifics like specifications or hardware listed along with the render, but the design is unmistakably Motorola and looks pretty similar to previous Moto X and Moto G models, sporting a front camera and a back camera with LED flash as well as a single speaker up top, power button and volume rocker on the right side, and charging port on the bottom of the device while a 3.5mm audio port sits on the top of it. There are bound to be more details coming out about the Moto G4 Plus in the days and weeks ahead, perhaps with more details in tow.