An all-new large-screen device running on Huawei’s HiSilicon Kirin 950 chipset has just popped up on the GFXBench database spilling the beans on some of the important hardware specs of the upcoming gadget. According to the listing, the device will have a 6.9-inch 1080p display panel, which is standard fare for small tablets but reports indicate that this particular device will come with voice-calling abilities, which will make it a pretty large phablet. In fact, a device purportedly called the Huawei P9 Max was earlier reported to be in the works, and was listed on the website of online retailer OppoMart last month, which gave us our first look at the tech specs of the upcoming gadget.

Coming to those tech-specs, the listing on GFXBench reveals that the upcoming device will feature a 6.9-inch 1080p screen and will be powered by the HiSilicon Kirin 950 chip, as mentioned already. As far as the SoC is concerned, it comes with an integrated octa-core 64-bit Cortex-A72 CPU clocked at a maximum frequency of 2.2 GHz and an ARM Mali-T880 GPU with support for Open GL ES 3.1. There will likely be 3 GB of RAM and 32 GB of built-in storage, and Android 6.0 Marshmallow is expected to be pre-loaded. The cameras are likely to be a 16-megapixel unit at the back and an 8-megapixel unit on the front, both of which will have the ability to record 1080p videos. The phablet is also expected to come with a bunch of sensors including apparently an NFC chip.

Huawei recently launched its flagship P9 and P9 Plus smartphones at an event In London, England. The devices bring to the table quite a few intriguing features, not the least of which is their dual rear-camera setups from Leica. The Chinese telecom giant is also expected to launch a new, mid-range smartphone as part of its growing P9 line, but the company is yet to actually take the wraps off of that device officially. Called the Huawei P9 Lite, the mid-ranger, however, has been leaked a number of times over the past few weeks. Now, with the rumored P9 Max, Huawei looks to be in the mood to further increase its P9 range, although there’s no word on when the company will make the device official. 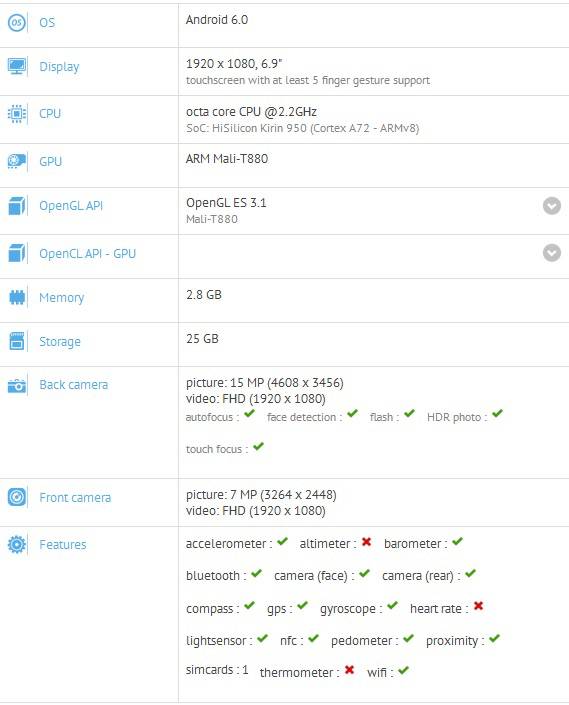