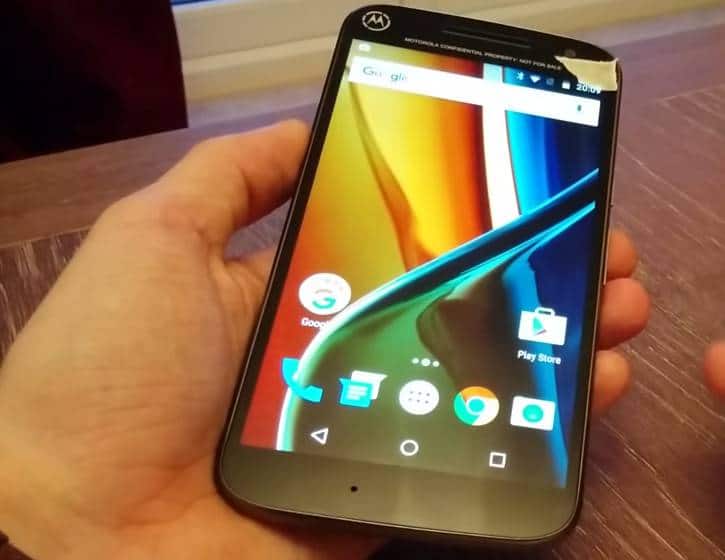 The buzz surrounding the next-generation Moto G is growing by the day and although there’s no official word as to when Motorola will actually make its 4th-generation mid-ranger official, images of the device were leaked earlier this month, giving us a very rudimentary idea about what to expect from the upcoming handset. However, a video of what’s said to be a prototype of the 4th-generation Moto G has now been uploaded to YouTube, giving us a little more detailed look at the next-gen mid-ranger from the Lenovo-owned company. While’s there’s not a lot to go by at this stage, the hands-on video seems to show off a device that’s keeping with the trend of large-screen smartphones.

According to early rumors, the device will pack a 5.5-inch display panel, sport a 13-megapixel rear camera, and have 16 GB of internal storage. Rumors also suggest that the upcoming device will be priced at a significant premium to that of its predecessors, with a €240 ($271) price-tag being hinted at. What’s interesting, however is that the device shown off in the video does not seem to have the fingerprint scanner that was seen in the earlier leaked images. That being the case, speculations point towards two variants – a base version without a fingerprint scanner and a more premium variant called the Moto G Plus that will apparently come with a fingerprint scanner and cost around €280 ($316).

The original Moto G was one the biggest hits for Motorola ever since its glory days of the Moto Razr V3, which sold literally tens of millions of units globally and was one of the most aspirational and ubiquitous mobile phones in the pre-smartphone era when clamshells were all the rage. While that device made Motorola one of the biggest names in the mobile phone industry alongside Finnish telecom giant, Nokia, the American company failed to sustain its momentum with the advent of the smartphone age. While devices like the original Droid did help the company gain some lost ground earlier this decade, it wasn’t until the company launched the first-generation Moto G back in late 2013 that it once again became a name to be reckoned with in the smartphone industry.