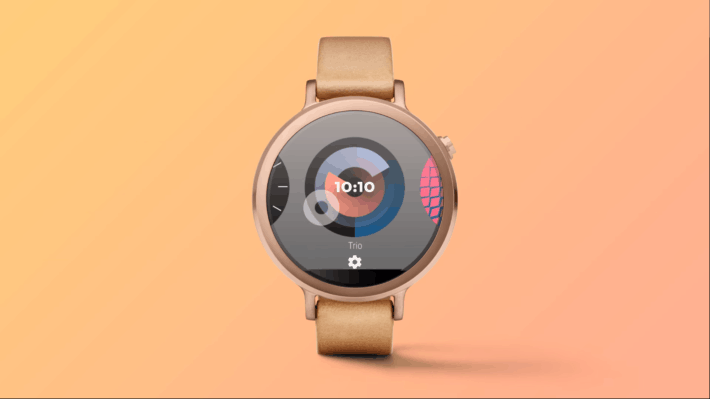 There's no doubt that Ustwo makes a great game. Monument Valley was easily one of more recognizable games available on mobile and it has spawned an enormous amount of inspiration in other titles. While Ustwo's only other games released on Android are a game titled Whale Tail Frenzy, and the Gear VR specific offering 'Land's End,", the development team is showing that games are not their only forte by releasing an application for Android Wear enthusiasts. Specifically, the new app which just launched today is called Face Maker, and it's just what you might expect, an app which allows users with Android Wear smartwatches to create watch faces for their device for an added level of customization and personal feel.

While there are quite a few apps like Face Maker already available, this one stands out as a bit of a unique offering simply because it comes from a developer that up until now has only launched games. Having said that, don't let the fact that a development team known for games distract from the fact that the app actually looks to offer up quite a robust experience. It would appear to be compatible with every single Android Wear watch, as it should be, and there seems to be a decent selection of customization options built into the app from the start, with more on the way being promised by Ustwo as time goes on.

At the moment, there are two main base layers for the watch face background, called Trip, and Classic. Each has its own unique touch, and after selecting which base they want users can then further customize the look with slightly different element designs, new colors, and more. What makes the app more interesting ss well is that users do none of the customization on the phone as you might expect. All of the interaction happens on the watch screen to make the experience more accessible for "on-the-go" useability. While it may not seem like there is a lot to choose from just yet, as stated above Ustwo is working to develop and introduce even more watch face designs into Face Maker in the future.