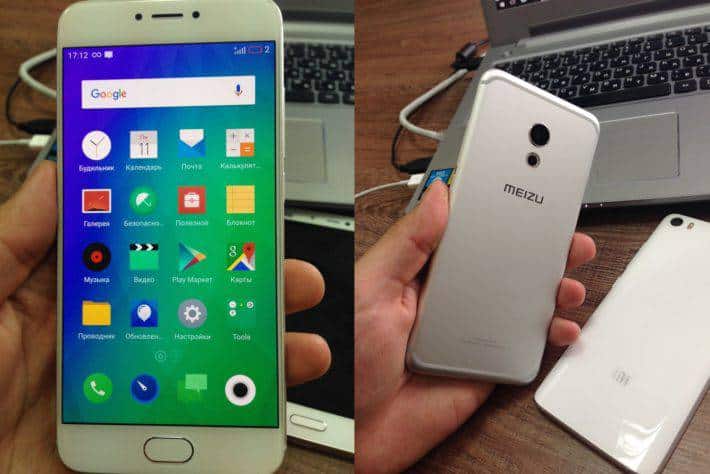 With just a couple of days to go for its official unveiling, the Meizu Pro 6 has yet again been leaked in all its glory. This time around, we have some new images to look at, and we also get a sense of the processing prowess of the upcoming device thanks to screenshots of the AnTuTu benchmark results page that shows the device scoring 91,165 points on the world's most widely-used synthetic benchmarking app for Android devices. While that score in itself isn't exactly as impressive as it would have been a couple of years ago, it is important to remember that the device is likely to be priced at a significant discount to most smartphones that are scoring over the 100,000 mark on AnTuTu these days.

While all the leaks pouring in over the past few weeks have revealed a whole lot about the Meizu Pro 6, the one leak coming out of China over the weekend was certainly an interesting one. According to the report in question, the upcoming device will likely have what is being described as a 10 LED 'Ring Flash' to assist the rear-facing primary camera on the device. What that means in essence is that instead of the dual LED flashes that we've gotten used to over the years, the Meizu Pro 6 will reportedly come with 10 LED flash bulbs illuminating the subject(s) in the dark, which should, in theory, help snap some pretty decent images at night with the 21-megapixel rear-camera that is expected to come with the handset.

Coming to some of the other hardware specs, the Meizu Pro 6 is expected to be powered by the 'turbo' version of MediaTek's all-new Helio X25 (MT6797T) SoC, which provides deca-core processing power to the upcoming handset. Additionally, the SoC also comes with the Mali-T880 MP4 GPU. The device is also rumored to feature a 5.2-inch 1080p AMOLED display and come with 4 GB of RAM. What's more, it will come with Android Marshmallow out of the box, but there's no word on pricing and availability at the moment. Although, that's perfectly understandable given that Meizu is yet to launch the device officially.