Meizu has introduced their M3 Note mid-ranger on April 6th. This is the third-gen ‘M Note’ smartphone Meizu has announced, and the first ever to ship with a full metal body. The M3 Note is a very interesting device all around, it sports a really solid spec sheet, and it’s incredibly affordable, while it does resemble its older siblings. That being said, Meizu has kicked off the first flash sale of this handset in China yesterday, and judging by the sales numbers, the M3 Note might be the best selling smartphone for Meizu in 2016, read on.

The company has managed to sell 100,000 Meizu M3 Note units in China in only 7 minutes. That is all the stock that was available, and Meizu has promised more devices will be available soon, April 18th, to be exact. Meizu M3 Note will be available through the company’s official site, and through Jingdong Mall (JD.com) in China. We still do not know how many units will Meizu offer for sale this time around, but hopefully at least 100,000 again. The Meizu M2 Note was one of the best selling, if not the best selling, devices last year for Meizu, and the M3 Note will probably be a worthy successor in this regard. The company has managed to sell 20 million smartphones in 2015, which is a huge success compared to 4.4 million they were able to ship in 2014. That being said, the company is aiming to sell 25 million units by the end of 2016, and judging by the initial demand, that might even be doable for Meizu.

The Meizu M3 Note sports a 5.5-inch 1080p (1920 x 1080) display, 2GB / 3GB of RAM and 16GB / 32GB of expandable internal storage. The device is fueled by the Helio P10 64-bit octa-core processor, and a 4,100mAh battery is available on the inside. The 13-megapixel snapper is located on the back of this phone, and a 5-megapixel unit is available up front. Android 5.1 Lollipop comes pre-installed on the Meizu M3 Note, and on top of it, you’ll find Meizu’s very own Flyme UI. The fingerprint scanner is also available here, and it is built into the mBack home button below the display. It is also worth mentioning that this is a dual-SIM handset, the second SIM slot can be used as a microSD slot. 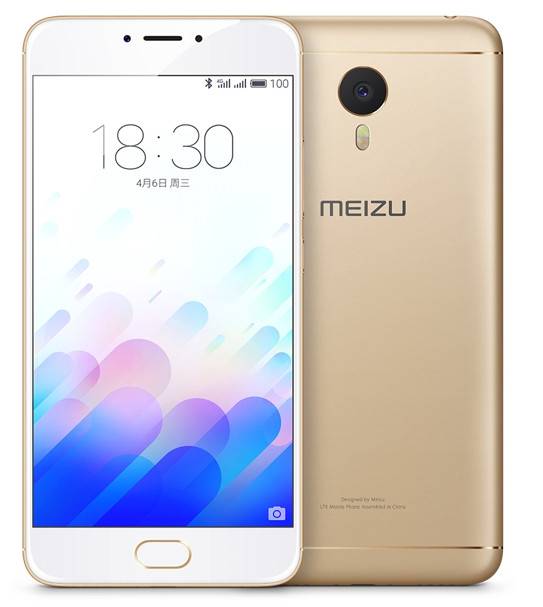