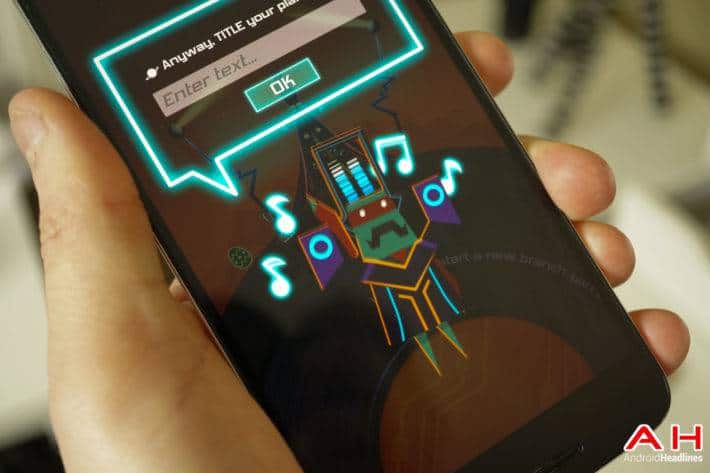 Over on the Google Play Store, we've seen our fair share of apps and games that are pretty interesting, and far from the norm. Groove Planet is one of this games. It's "pure music madness" as the developer describes. Within this game, you will hijack the airwaves, fill the cosmos with an awesome rhythm and also you'll be able to build a planet of groove, which would be the first in the universe. You'll become the planet's mayor, and you can play a song and tap along to the rhythm. Once you start earning some notes, you can transform your world with high-energy concussive beats. Best of all, you'll be the first and likely only mayor that everyone loves and makes want to dance. Think of it as being Ellen Degeneres.

This game is pretty fun to play, not to mention awesome. You'll be tapping along to the rhythm of your favorite song, and earn heaps of notes. You'll be feeling the music, and anyone that loves music knows how that feeling can be. In Groove Planet, you'll use notes to create some majestic new buildings, and expand your population. Better yet, you can earn some profit while building and expanding the population. Of course this only money in the game, not in real life. In the game, they use the Jamn Player's chords recognition technology to detect the chords and keys of all of your songs.

There are also some exclusive EDM hits available here. The developer says that they brought in some of the most popular indie artists to play their trending tracks and really get that planet grooving. There's loads of great things going on in this game, and luckily Groove Planet also has the ability to save your data to the cloud. This way if you ever have any issues and need to go ahead and do a factory reset on your smartphone, you can start back where you left off, instead of starting over.

Groove Planet is available over on Google Play. It is free to play, with in app purchases ranging from $0.99 all the way up to $24.99.