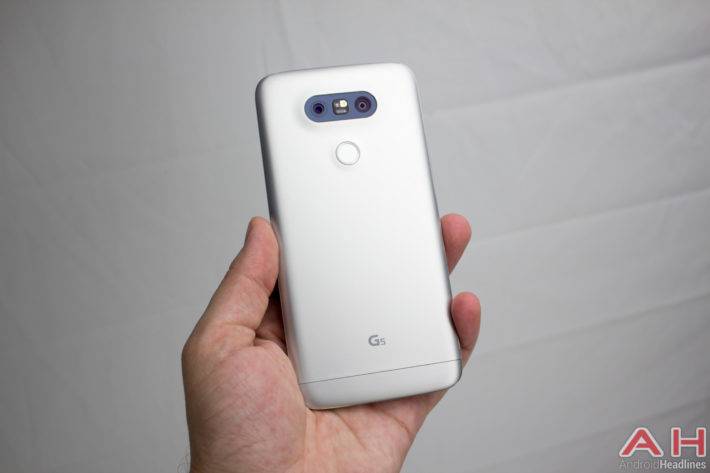 The Spring is often a time where new hardware launches to get the year in tech started, and where smartphones are concerned, we've had two titans launch, with more on their way, too. The Galaxy S7 and Galaxy S7 Edge have already launched, and to great success too, if the latest reports are to be believed. Now it's LG's turn and the latest and greatest in their G-Series of devices is launching the world over today; the G5. Announced during Mobile World Congress with more than a few party tricks up its sleeve, the G5 is now available from AT&T, in all four colors no less!

April 1st is certainly an odd day to launch a smartphone, but for the South Korean giant, it doesn't appear as though they're too worried. AT&T is now offering the G5 direct from their website – as well as in store – and it'll start at just $22.97 a month or be available outright for $688.99. That low price of $22.97 is for a device at 30 monthly instalments (although there's no interest here) and the G5 is available on AT&T's Next program, making it easy for people to upgrade to new devices quicker than a usual 24-month contract. AT&T might not be the cheapest out there, or even the best network for your needs, but they do have all four colors available. That includes Gold, Silver, Pink and Titan (which is code for "Dark Gray").

Colors aside, the G5 appears to be one hell of a phone no matter which network you plump for. With a removable battery and microSD card slot it boasts features a lot of other devices can't. There's a seemingly-better virtual reality headset available for it as well as some other extras, too. LG is giving new G5 customers a free second battery, and AT&T themselves will be offering deals on the Watch Urbane 2nd Edition and the LG G Pad X 10.1-inch tablet. All round, the G5 seems a quality option, and it's one worth taking a look at, especially if Samsung or HTC aren't your bag and you're looking for something a little different this year.