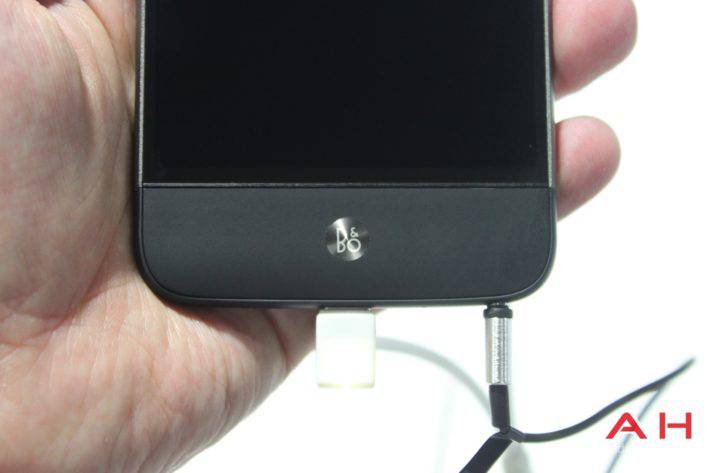 When the LG G5 was announced back in February, the company was touting the modularity for the device. Which included a button on the side that would pop the bottom off of the phone so you could remove the battery and pop in a new one. But more important than that, it allowed you to add on other modules. LG showed off two other modules at the event in Barcelona, which included a camera grip, and a Bang & Olufsen HiFi Audio DAC which could be plugged into the bottom of the phone. However, it now appears that the B&O HiFi DAC may not be making it to the US.

Users began noticing this morning that all mentions of the B&O Hifi module, also named the HiFi Plus, was removed from the US LG website. Although the US isn't the only country that won't see the module. Reportedly Canada, Korea and Puerto Rico will miss out as well. A bit interesting that Korea won't see it considering that is LG's home country and they typically get everything from LG, even if it's not available in other countries.

LG hasn't officially said that the DAC isn't coming to the US (Canada, Korea or Puerto Rico for that matter), but it doesn't list those countries on the packaging for the DAC either. LG issued a statement this morning stating: "At this time, we don’t have an availability date set for the Hi-Fi DAC, and so don’t have timing to share. As soon as we have an update, we will follow up." Nothing special there, just your typical PR speak for, we don't know.

While the LG HiFi Plus was a pretty big deal for many users when it was announced at Mobile World Congress, the DAC is reportedly going to cost around $200 USD. Which means it's going to be tough for LG to sell many of these. This could be a reason why we're not seeing it in a handful of countries. Or there could be more to the story. It's also worth noting that the B&O HiFi DAC has not been certified by the FCC, which means it can't be sold here anyways. Who knows, we could just be waiting for the FCC to get their act together.