In the latest update rolled out to its Outlook mail app on Google Play, Microsoft has now added support for Android Wear devices, which would allow owners of smartwatches running on Google’s wearables platform to check and reply to emails right from their wrists, without having to use their phones or tablets. What’s more, not only will users be able to reply to emails with pre-set messages and templates, the new update will also make it possible to dictate replies verbally, according to the changelog posted on Google Play by Microsoft. The update comes with a file size of 23.09 MB and bumps up the version number of the app from 2.0.57 to 2.1.0. The software is currently available for download from the Google Play Store for devices running at least Android 4.0.3 Ice Cream Sandwich.

While Android as a mobile operating platform continues to dominate the global smartphone market by a massive margin, its smartwatch counterpart, Android Wear, has been struggling in the face of stiff competition from Apple’s WatchOS, which currently holds over 61% of the global smartwatch market. With Pebble OS and Tizen also snapping at its heels, Android Wear has a long way to go before it can emulate the success of its more popular stable-mate. However, even as Android Wear continues to push for greater acceptance among consumers in what is already a rather niche market, it is indeed a welcome sign that at least some notable developers are starting to see the huge opportunities the platform could potentially offer in the foreseeable future.

Microsoft introducing Android Wear integration with its Outlook app is significant on a number of counts, not the least of which is that it sends a message to developers that the platform is to be taken seriously going forward. While the smartwatch sector as a whole is still in its infancy, more available apps, especially from the biggest developers in the world, may well go a long way in helping the sector become more mainstream in the future. Either way, as mentioned already, it is version 2.1.0 of the app that brings the new feature to Outlook’s Android client and it is currently available for download on the Google Play Store. 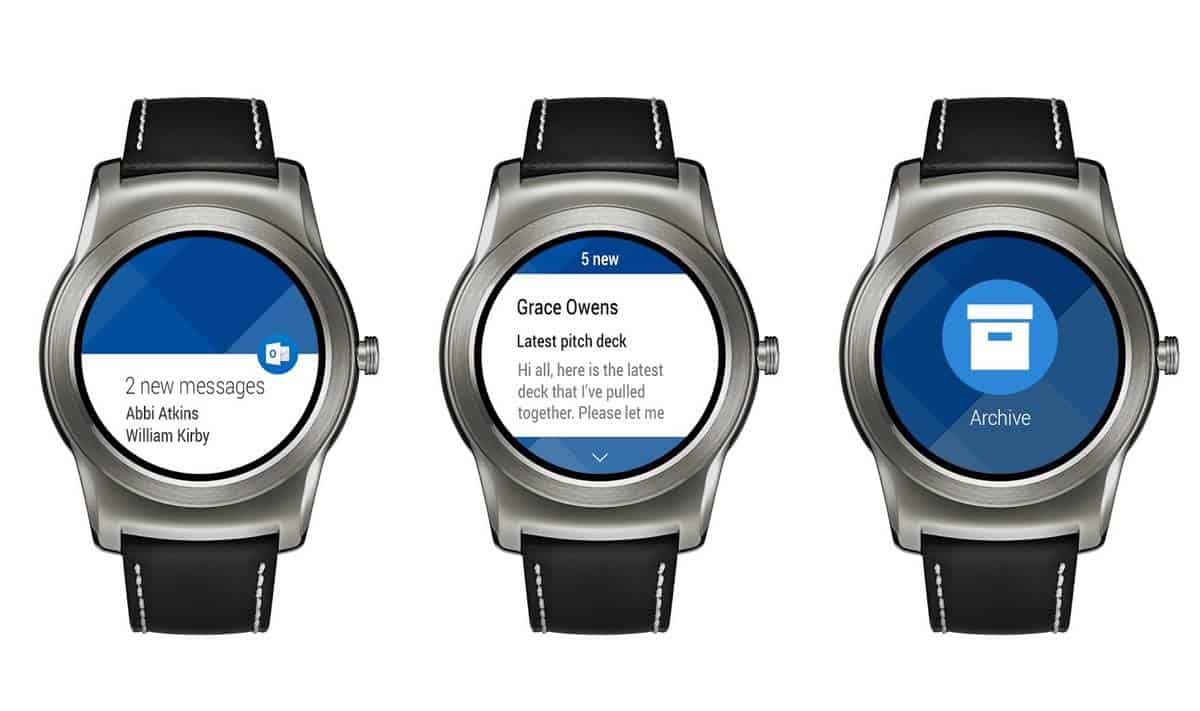