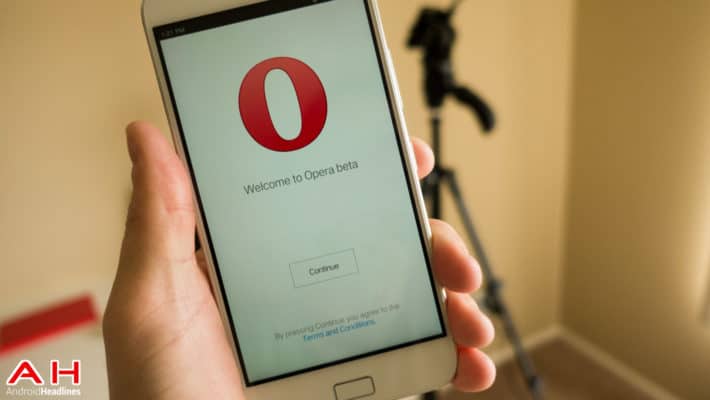 Many mobile browsers, such as Chrome, Firefox and Opera, pictured above, have desktop counterparts that are developed first and foremost, with features tending to trickle down and mobile-only features being integrated only as necessary. For the most part, each browser has its own camp of dedicated users that enjoy all or most of the browser's features and use it fairly exclusively. With the newest feature coming down the pipeline, however, Opera may give those users some disloyal thoughts. Starting with the most recent developer edition for desktop, Opera users can take advantage of unlimited VPN services though Canadian firm SurfEasy, which Opera bought not long ago.

For the uninitiated, a VPN, or virtual private network, essentially tells those who are trying to figure out where your device is physically located that it's somewhere else. It's often used to cross national borders and view content not supported in your country, or get around overarching solutions like the Great Firewall of China. It also has less savory uses, like hiding the identities of those who download or upload illegal content. VPN services normally cost somewhere in the ballpark of $3 to $5 per month, depending on the platform, with mobile VPNs generally costing less than desktop ones. There are free options out there, but, for the most part, they're thought of as low quality.

The VPN plugin for the new developer build is accessible through the browser settings and can be used for all traffic through the browser. It should be noted that this browser plugin cannot extend to all of the connections from a computer. Other features, such as ad-blocking, are slowly making their way from the desktop versions of Opera to the mobile versions. Since SurfEasy offers a mobile VPN option and a desktop and mobile bundle, it's not unthinkable that the free VPN integration may end up coming to mobile. No timeline for such a move was announced, however, and such a deep integration of such a large feature may take time to develop. If you're interested in a free browser-based VPN on your Android device, keep your eye on Opera's beta and developer channels.