Huawei has officially announced an all-new large-screen tablet that was earlier rumored to be in the works. The device seems to be a mid-ranger and is called the ‘Huawei MediaPad T2 10.0 Pro’ which is a pretty long name for a tablet whichever way one looks at it. The Huawei MediaPad T2 10.0 Pro was originally expected to be made official at the Mobile World Congress trade show held earlier this year in the Spanish city of Barcelona, but that never really materialized, maybe because the company was not yet ready with a working version of the device that can be shown off to the global media. However, now that the tablet is official, we do know about its hardware spec-sheet, so without further ado, let take a look at what all the latest tablet from Huawei brings to the table.

First off, the Huawei MediaPad T2 10.0 Pro features a 10.1-inch S-IPS screen with a resolution of 1920 x 1200. The device comes in two different versions, and while both are powered by Qualcomm’s Snapdragon 615 chips, the basic model comes with just 2 GB of RAM and 16 GB of storage, whereas the more premium model rocks 3 GB of RAM and 32 GB of internal storage out of the box. Both models, however, sport microSD card slots for capacity expansion. The battery within Huawei’s latest tablet is a 6,600 mAh Li-Ion unit and the Android version happens to be 5.1 Lollipop, and not Marshmallow, which is indeed a tad surprising given that several months have passed since Google made Marshmallow official.

As for the cameras, the rear-facing primary camera on the MediaPad T2 10.0 Pro happens to be an 8-megapixel unit with an f/2.0 aperture, flash and auto-focus, whereas the front-facing selfie-cam unit comes with a 2-megapixel sensor. As for connectivity options, while all versions of the tablet come with support for Wi-Fi, only some of the models come with cellular connectivity, which bring support for LTE Cat.4 on a whole host of bands (2100 MHz, 1800 MHz, 2600 MHz, 900 MHz, 800 MHz, 700 MHz, 2600 MHz and 2300 MHz) alongside HSPA (3G), UMTS (3G) and GSM (2G). While Huawei has made the device official, it is still not up for sale, and the company is yet to announce pricing and availability details. 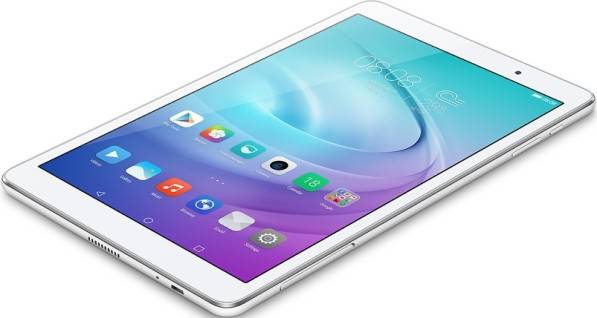