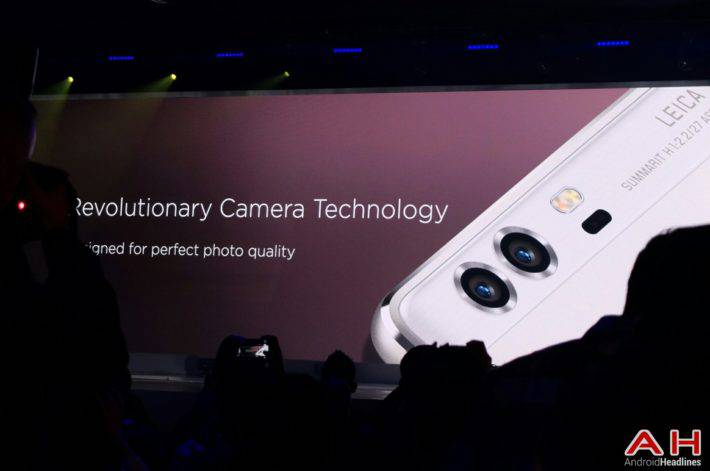 Huawei has introduced the company's new flagships earlier today, the Huawei P9 and P9 Plus. These two handsets are actually quite similar, they're both smartphone devices, but they differ in terms of size. The Huawei P9 is a smaller 5.2-inch handset, while the P9 Plus ships with a 5.5-inch panel. That being said, we already have plenty of coverage on both of these phones on our site, but we still haven't paid enough attention to the dual camera setup on the back of both of these devices, so we're here to do just that, read on.

This China-based smartphone manufacturer has partnered up with Leica back in February this year. Basically everyone presumed that the Huawei P9 handsets will ship with Leica's imaging technology, and that's exactly what happened. Huawei has, with Leica's help, introduced the dual camera setup available on the back of the Huawei P9 and P9 Plus during today's press conference. Now, we're looking at two 12-megapixel sensors on the back of the Huawei P9 handsets. One of the two is the RGB camera which specializes in capturing color, while the other (monochrome) camera is in charge of making sure the images are crispy clear. While using these two snappers, you get to choose between three film modes: Standard, Vivid Colors and Smooth Colors. Now, we're looking at two 12-megapixel IMX286 cameras here (2 x Sony's IMX286 sensor), which ship with f/2.2 aperture and 1.25um pixel size. For comparison's sake, the Huawei P8's camera was capable of shooting 1.12um pixel size images. There's also a manual mode in Huawei P9 and P9 Plus' software, but we don't know much about it at this point, and it's also worth mentioning that Huawei uses the 'Hybrid Autofocus' in order improve shutter speed and general image quality. Now, it is also worth mentioning that you'll find the dual-LED flash included next to these camera units, and below it is the laser autofocus sensor. All in all, these two cameras should be able to provide really nice images, but we won't know for sure until we put these handsets to the test, of course.

The Huawei P9 and P9 Plus are both fueled by the Kirin 955 64-bit octa-core processor, and both of them are made out of metal. The Huawei P9 will ship with a 3,000mAh battery, while the P9 Plus will come with a 3,400mAh unit, both of which are non-removable. The two devices will become available starting April 16th in a number of countries all over the world, and if you're interested, click here to find out more about the P9 and P9 Plus availability and pricing.