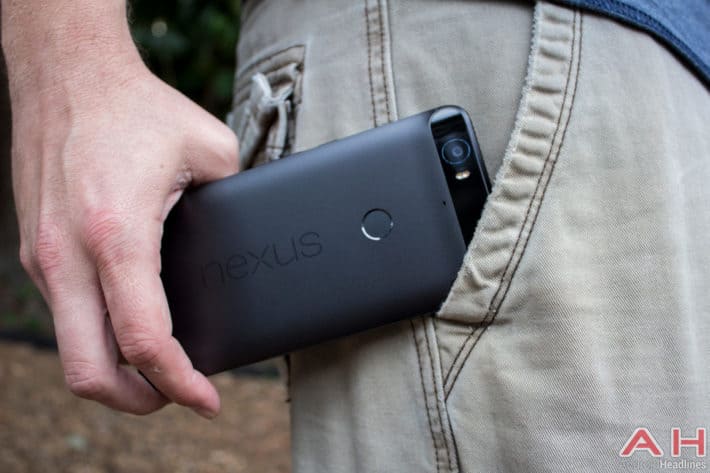 Where Chinese manufacturers are concerned, Huawei is making waves right now for being one of the more successful companies at the moment. They had a pretty great year last year, and they've gotten 2016 off to a great start with the launch of the P9 and P9 Plus, in partnership with Leica. Huawei are now apparently looking ahead to being able to meet 140 Million device shipments for the year of 2016, which is no mean feat, but the question is can they do it? Partnering with Leica might certainly get them some more attention in some circles, but the one thing that arguably put them on the Map in the West was partnering with Google on the Nexus 6P. Now, there are rumors that either a Nexus 7P or a successor running Huawei's own software will be coming this year.

Thanks to a trademark filing for a "Huawei 7P", it appears as though the Chinese manufacturer might be looking to get more success out of last year's Nexus 6P. Whether or not they succeed is another matter entirely, but the trademark for a Huawei 7P is interesting to say the least. As the Nexus branding belongs to Google, the firm can't possibly trademark a Nexus 7P, and given Google's penchant for naming devices after their screen size, this year's large Nexus might be yet another Nexus 6-something. As such, it's possible that the Huawei 7P is a device that the Chinese firm will be developing entirely on their own, and marketing on their own. This would lead to a device running Huawei's Emotion UI over the top of Android, but if it carries the same sort of design and features as the Nexus 6P, and still sells unlocked for a good price, Huawei might have a winner on their hands.

Huawei has been selling their own hardware directly to US customers for some time now – even before the Nexus 6P came along – and if they can create a device that has a little Nexus about it, this 7P might help them reach that 140 Million shipment target. It is however, also good to note that these trademark filings could be just a precaution to make sure that they can use this name in the future if they want to. Regardless, 2016 is shaping up to be a fun year for Huawei fans. 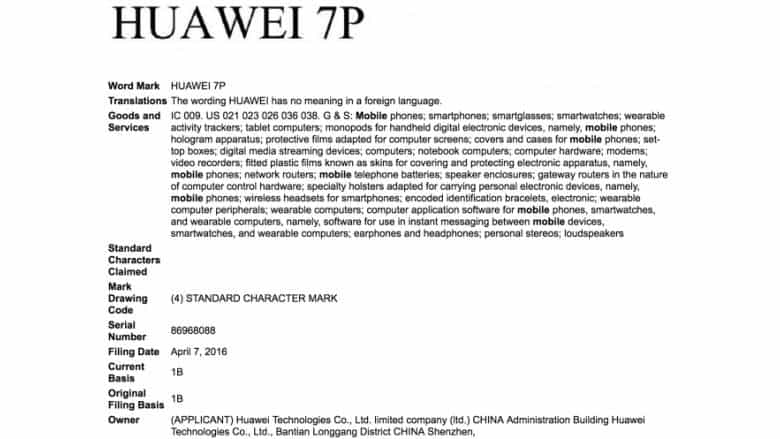