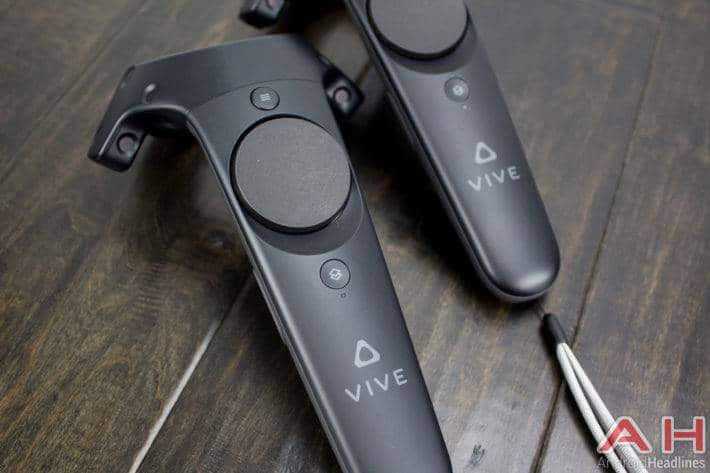 The HTC Vive has been a revolutionary experience to say the least, eclipsing so many other experiences in gaming that it's difficult to truly describe.  The launch of the Vive a few weeks ago marked one of the biggest system launches in history, not only including 3 free full games with the system itself, but also a library of well over 100 titles to choose from the get go.  We've had a chance to try over 30 different games for the system and have walked away incredibly impressed in our 3 weeks with the Vive, but what are the best experiences around?  This certainly is not a comprehensive list in any way, but a list of titles that are worth taking a look at and ones that offer an experience that stood out in one way, shape or form.

#SelfieTennis is absolutely as ridiculous of an experience as it sounds.  Here you actually play tennis with yourself, which is the true meaning behind the name.  Yes the game actually includes a selfie stick as well so you can watch yourself play tennis with yourself while Tweeting about it.  Deep enough in the rabbit hole yet?  The concept is equal parts of crazy and fun, and is certainly a little disorienting at first.  Serving up the ball is done with the one hand, while hitting it with the tennis racket is done with the other (this is customizable).  Anyone who's played Wii Sports Tennis knows how this works, but there's more movement freedom here than the Wii could ever allow.  As makes sense in the real-world space you're physically in, you've got a small area to move around in, usually just the left or right sides of the court.  After hitting the ball the game quickly warps you to the other side of the net, and you'll be hitting the ball back and forth to yourself in no time.  Definitely wear the wrist straps for this one though, as we've heard of people throwing the controllers through highly expensive objects already.  For $20 this one feels a little more shallow than the price assumes, however the developer has a long list of features being added to the game that will help flesh out its experience over time.

Unseen Diplomacy is a short title for now that very well could be built upon in a future release.  For now though this $2.99 title makes the absolute best use of room space VR we've seen from any title, and it does it by actually generating the rooms based on your real-world space and your position in the virtual world.  In this you play the part of The British Espionage Tactical Initiative and attempt to stop nefarious acts by sneaking into a base guarded by lasers and tricky doors.  This is a game where you continuously move around, there's no warping and no trackpad movement, it's all about the natural space you've got.  Blocking lasers with keycards and rolling under or jumping over them is an incredible feeling, and the outside walls where you feel you're going to fall off at any moment are almost a little too real feeling.  Here's hoping the development team expands this one in the future or at least continues the concept onto a more fleshed out title.

This one is completely free and actually requires the HTC Vive to function.  Based on a fantasy world that feels very much out of the Elder Scrolls series, Spell Fighter puts you in control of the fight by allowing you to wield swords, guns and of course a handful of spells.  Grabbing a pike and flinging it at an enemy who's running at you is unbelievably satisfying, and while conjuring up spells could use a little work in the ease department, it's nonetheless a satisfying look at what first person RPGs could become in the future.  The game is short and lacking the polish of a retail game, but exudes the promise of a title that could turn into something truly great.  For now give this one a shot to see how some of the other VR dungeon crawlers on Steam might handle.

Fantastic Contraption is one of the games included with current Vive orders, and normally retails for $39.99.  This puzzle game is based on an incredibly popular Flash-based browser game that you might have heard of, however other than general concepts and namesake you'd hardly recognize what it's turned into.  The goal is to get your little red/pink blob into the goal placed somewhere in the level, but the trick is that you have to build some sort of contraption to transport that blob to the goal.  The scale here is absolutely incredible, and the natural way of interacting with virtual objects is something that has to be played to be believed.  Grabbing, snapping and resizing objects is done exactly how you think they would act and feel, and you'll be building cars that would make the Flintstones proud in no time.

Hover Junkers melds the idea of room scale VR and in-game movement in a way you might not expect.  As an arena-based shooter this one might resemble other online shooters on the surface, with leader boards and upgrades, but beyond that it's a whole new experience.  You take the role of the pilot of a hovering pile of junk, pulling in the name of the title to the gameplay, and have to drive it around the arena looking for other pilots to eliminate.  You can physically move around the top of this hovering junker to interact with different elements of the vehicle and ultimately use scrap that you collect to fortify your confides.  What's really amazing is that dodging and avoiding other player's shots isn't really done by moving around the junker as you might imagine in a regular shooter, rather it's done by literally ducking your person behind objects and shooting out, gangster style, at the other players all around you.  It's a surreal and truly incredible use of space that melds different methods of traversal in a way that feels truly whole, and really makes that $35 price tag feel worth it when you start delving into the depth of the title.

Valve's The Lab is an incredible experience that every Vive owner absolutely must play.  As said before it's a collection of mini games that are held together in the Portal-themed world of Aperture Labs.  As you would expect from any game in the Portal universe you'll run across plenty of hilarious jokes, humorous anecdotes and the occasional GLaDOS sighting here and there.  Among the most amazing experiences are the Xortex bullethell arcade shooter and the Longbow archery, as seen above.  Archery is just so incredibly satisfying though that it's difficult to deny this might very well be the best part of the whole Labs experience, if only Xortex wasn't so incredibly solid.  Either way Longbow is a highlight for sure, and puts you in control of defending your castle gate against hordes of attackers in wave after wave of incredibly realistic archery challenges.  Shooting the fleshed-out stick figure-like enemies results in an explosion of balloons, shooting each of these balloons represents a challenge in and of itself and scores extra points and extra health for your gate.  The accuracy of the archery, the arrow's trajectory and the feel of the vibration of the bow as you pull back the arrow has to be seen and felt to be believed.

Cloudlands VR Golf brings the fun and excitement of mini-golf to your house in a way that really makes you feel like you're there.  Using a variety of scenes and vibrant areas to change up each course, Cloudlands VR Golf brings 18 holes of traditional mini-golf challenges and then brings them up a notch in only a way a videogame can.  This is like Pirates Cove on steroids to say the least, and the local multiplayer mode is a blast to play with friends.  Online multiplayer is hitting soon, as well as a full course editor, so the $20 paid for this title will absolutely feel beyond worth it once those features are fully embedded in the experience.  The 1:1 control of the club means you actually feel like you're there playing mini-golf; no power meters or anything like many people are used to in a golf videogame.  This is the real deal, in a virtual kind of way.

Based on the board game This Quar's War from 2009, Quar: Battle for Gate 18 brings the feel of Warhammer tabletop turn-based strategy gaming right to your face and living room without all the messy setup.  The perspective here is one of true tabletop scale where you are essentially a giant in the world of Quar and can even get down, up close and personal with each of your units.  This sort of perspective lends a whole new feel to strategy games and actually makes you feel like you're there, and ultimately more important than a 2D strategy game ever could.  Quar: Battle for Gate 18 feels like just the right length with 12 levels and a $20 price tag, and fantastic visuals complete with sure-fire tactical strategy form an incredibly satisfying experience that takes strategy games to a whole new level.

Last but certainly not least is my absolute favorite of all VR games I've played yet.  Budget Cuts is an oddly named title that is still under development and so far only features a free demo found on Steam.  This fairly short experience takes probably a good half hour to fully play through but features some of the most rewarding and satisfying gameplay I've seen yet.  Another spy-themed game complete with cheesy 70's spy music, Budget Cuts places you in the all important role of a spy who has to sneak into a facility guarded by deadly robots, all to approve your job application.  This seemingly sets up the story for an inside job kind of theme, but most importantly introduces the movement, inventory and one-shot-kills combat mechanics of the title.

Sneaking around and teleporting is done via a Portal-like gun that allows you to peer through the portal you shot out before actually traveling through it.  You'll be searching cabinets and drawers for keys to safes, ducking in tiny rooftop crawlspaces and stabbing robots in the back like a ninja with accuracy and speed before you know it.  The scale and sense of urgency is so well done here it really completes the experience and makes you long for so much more.  This is a system seller in every way; as soon as it's actually released that is!  Click here to read our full review and don't forget to check out our YouTube page for more HTC Vive content!