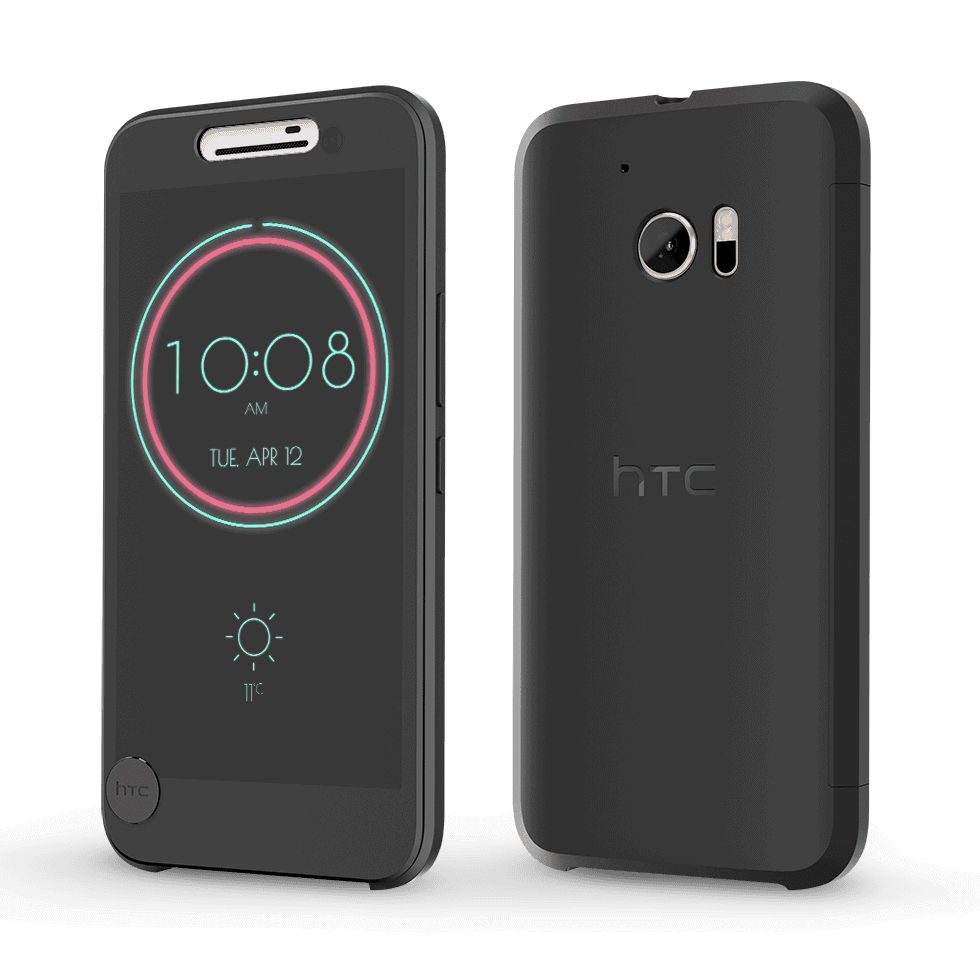 Today the moment of truth for HTC enthusiasts finally arrived, as the Taiwanese company took the veil off its latest flagship phone aimed to compete with the likes of Samsung Galaxy S7 and LG G5. It's called the HTC 10, and it is a successor to the HTC One lineup. Like the HTC One M8 and One M9 before it, during the official announcement the HTC 10 was also accompanied on stage by a protective case. The new case is called "Ice View" and replaces HTC's "Dot View cases" released along with HTC's previous flagship phones.

As the moniker may or may not suggest, the Ice View case for the HTC 10 features a translucent front flap allowing users to see through the cover without having to lift it off the surface of the screen. In this regard, both cases are similar in that they can provide information to users without having to be opened. However, unlike the Dot View case which featured a perforated front flap to create a pixelated preview of the smartphone's screen, the Ice View case features a smooth, nearly opaque front panel, offering quick previews to notifications, a digital clock with a retro neon design, and overall, more on-screen content compared to the older cases. The translucent flap also has an HTC logo in the lower-left corner which acts as a magnetic connector and of course, all the cutouts for the headphone jack, the USB Type-C connector, the earpiece, microphone, main camera, and sensors are all where they should be.

In addition to these great features, another neat characteristic of the Ice View case is that it allows users to capture photos without having to remove the case or the front flap. The cover is translucent and close enough to the display in order for on-screen images to be visible (or readable), and while it may be too blurry to allow for capturing macro images or for using manual camera controls, it does offer a fast way to capture a quick shot if you're in a hurry. Moreover, the HTC 10 takes advantage of new quick gesture for launching the camera, so regardless of whether the Ice View cover is fitted or not, users can always swipe down twice on the screen in order to quickly fire up to camera application.

At the moment there are no details regarding the Ice View case's release date but in the U.S. the accessory will set you back $49.99. The HTC 10 itself should hit the market by the end of the month or sometime in May at the latest, for the price of $699 unlocked. We assume that the case will be released on or around the same day as the flagship it was designed for.