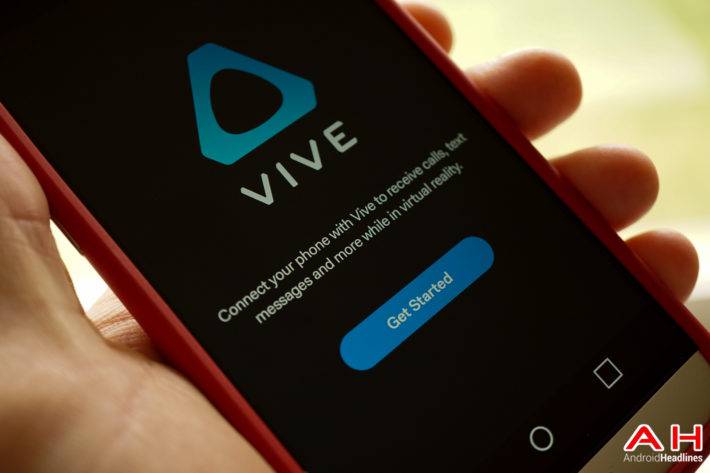 HTC had a rough year in 2015, with underwhelming flagship sales and a lukewarm welcome for their new HTC A9 contributing to poor numbers for the year and essentially rendering their stock worthless. This year, however, HTC is banking on VR. While they will continue to produce smartphones and may even be on contract for the next Nexus device, their focus, at least for now, is on the HTC Vive. Their own take on VR, the Vive is meant to compete directly with the Oculus Rift and connects to a high-end gaming PC for an immersive, living room spanning VR experience. While you're on that wild ride, however, you wouldn't want to miss a text from a friend for drinks or an urgent call from your boss. That's where the new HTC Vive companion app can help.

The companion app that HTC released into the Play Store on Wednesday functions much like a basic smartwatch; it links your phone to your Vive headset, with pairing done via Bluetooth through the Vive app on your PC. From there, your phone's notifications are linked to the Vive and will show up as popups overlaid on your VR adventures. Not only can you view notifications, you can react to some of them, depending on the source. Calls can be answered or denied, calendar events that pop up while you're using your Vive can be viewed in detail and text messages can be replied to using short, pre-defined messages or by calling the sender.

While the app is a bit basic at this stage, the rise of more features in the Vive interface and updates to the app will likely bring more features in the future. Integration with one of the many VR web browser options, as well as the future possibility of an input method such as a paired keyboard or voice commands, may allow you to do things like send texts to friends, check your Facebook and reply to important emails from within the Vive interface. At the moment, however, no details on any planned enhancements or updates to the app have been released.