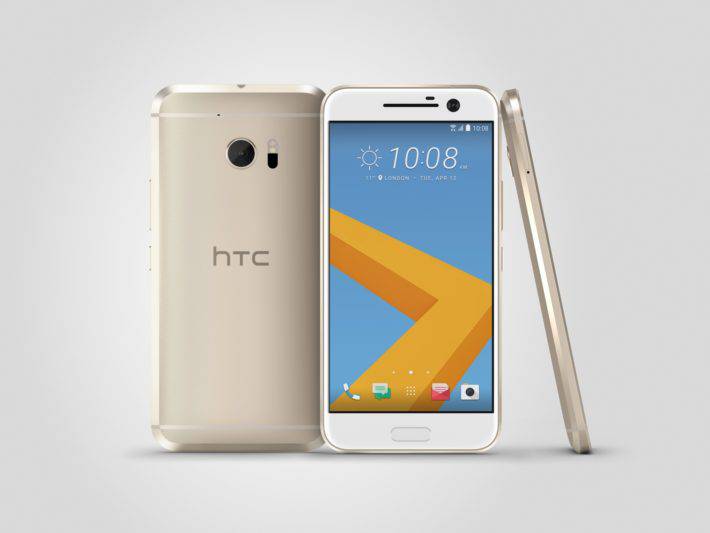 For the past couple of years now, HTC hasn’t been doing too well which is a great shame as HTC helped to put Android on the Map with great releases like the Nexus One and EVO 4G. Now, the firm is back and releasing their latest flagship for 2016, the HTC 10. If you’re confused about the name, it does follow on from last year’s HTC One M9, and the One M8 before it, but it does look as though the One branding is being left behind. That doesn’t mean that the HTC 10 is losing all of that common DNA that people know and love about HTC devices however, as the 10 is recognizably an HTC smartphone.

In terms of looks, the HTC 10 is a sort of mix of the One M9 and One A9 designs, keeping the fingerprint sensor of the later and the overall design of the former. This time around, HTC have added a sort of chiseled edge to the back panel of the phone, giving it a better look and feel in the hand, but also offering a little more differentiation from previous HTC One devices. HTC says that the HTC 10 has been subject to 168 hours of torture tests and 10,000 drop tests to ensure that this is one of the most durable smartphones out there, that doesn’t look like a brick wrapped in rubber.

On the inside (complete specs here), HTC have gone with modern 2016 specs and have given the HTC 10 a Snapdragon 820 and 4GB of RAM as well as a healthy 3,000 mAh battery that supports Qualcomm’s Quick Charge 3.0. For the display, HTC have gone with a Super LCD 5 at 5.2-inches with a resolution of 2560 x 1600, giving it the same Quad HD resolution as the LG G5 and Galaxy S7 line of devices. As for imaging, HTC have gone with a 12 “UltraPixel” camera at the rear capable of 4K video recording complete with Optical Image Stabilization (OIS) and a 5-megapixel front-facing camera complete with OIS as well. Some of the bigger changes are a move away from microUSB to a USB Type-C port – following in the footsteps of last year’s Nexus line – and a BoomSound setup with just one front-facing speaker.

HTC has promised the best BoomSound experience to date, but with a fingerprint sensor and buttons taking up the space where a second speaker could be housed leaves us wondering. However, with a headphone amp that promises double the amount of power of your traditional headphone amp, it looks like HTC could be on to something here. With a 24-bit Hi-Res DAC and the ability to upscale tracks and even support Apple’s AirPlay standard, HTC have seemingly gone the extra mile to make this the “best in sight and sound”. Those BoomSound speakers have a separate tweeter and woofer design for “HiFi sound” and there’s the new Personal Audio Profile system here that will tailor the sound output to a particular user’s tastes.

We’ll have more on the HTC 10 throughout the day… 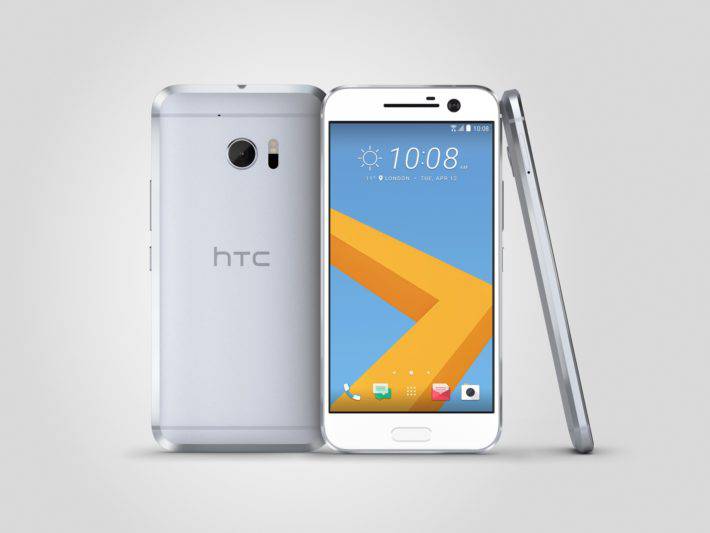 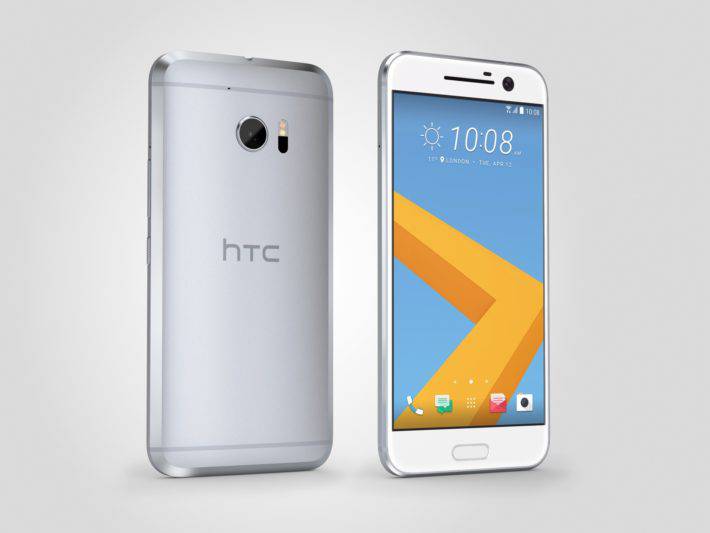 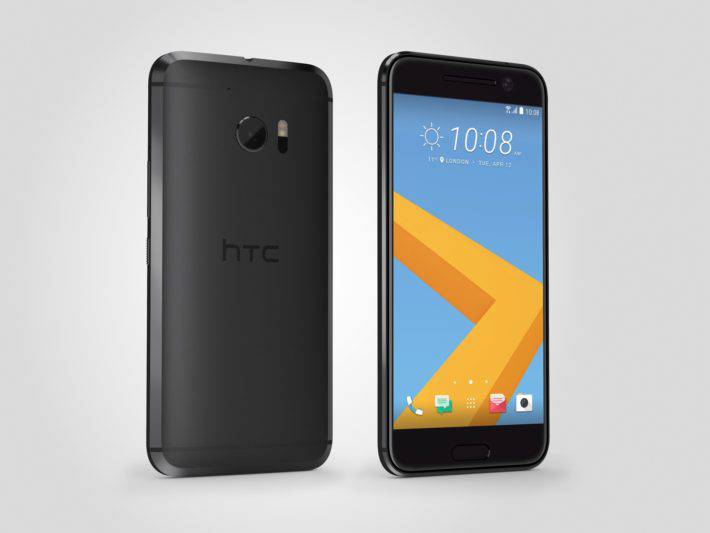 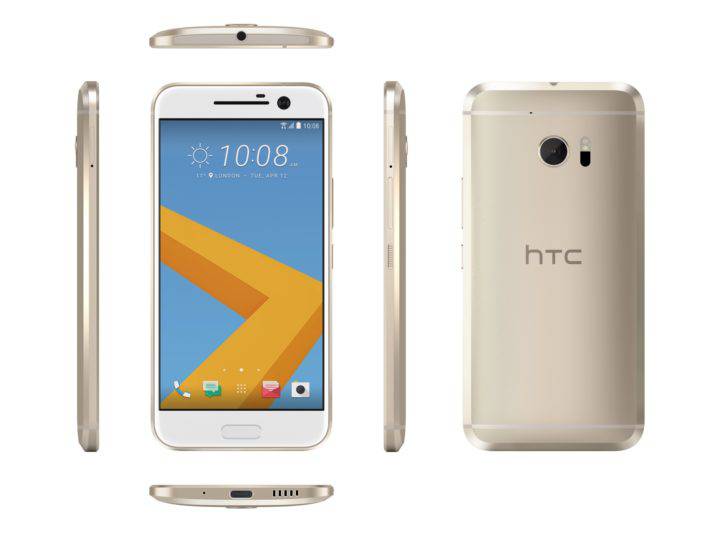 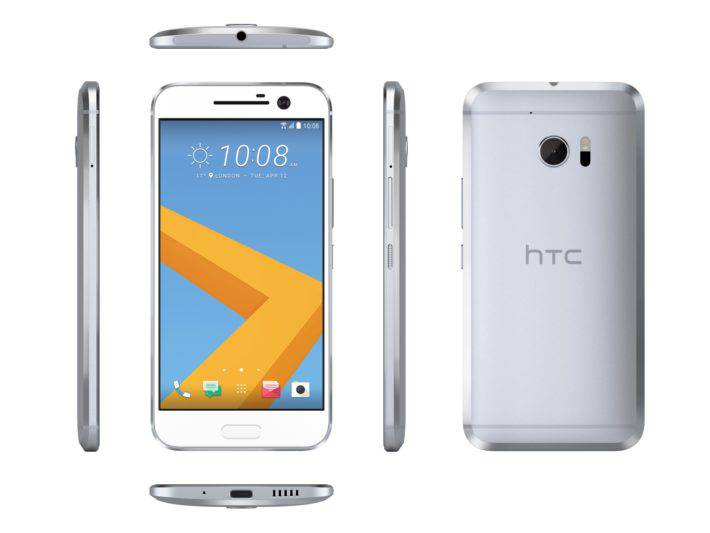 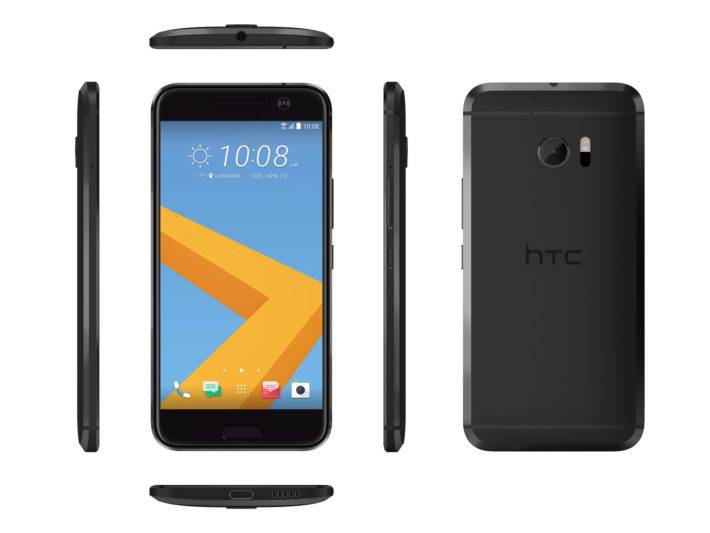 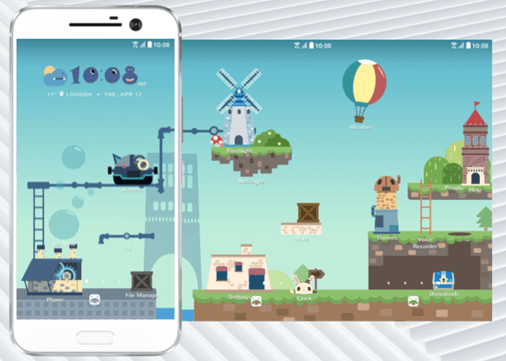 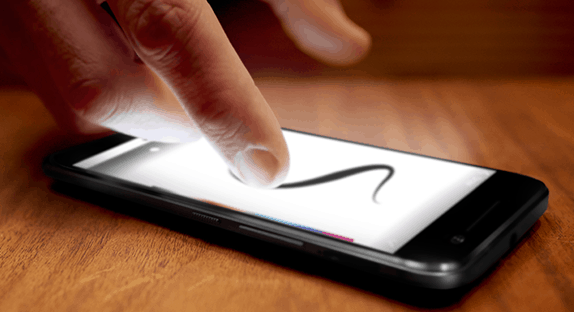 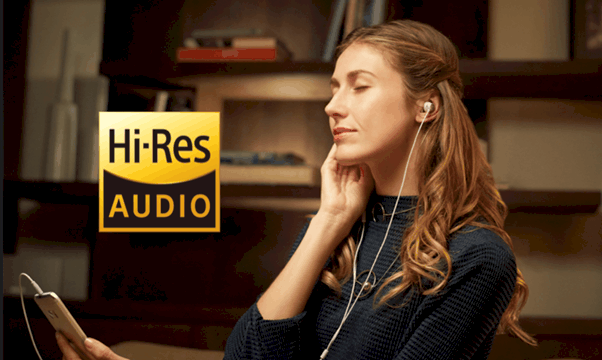 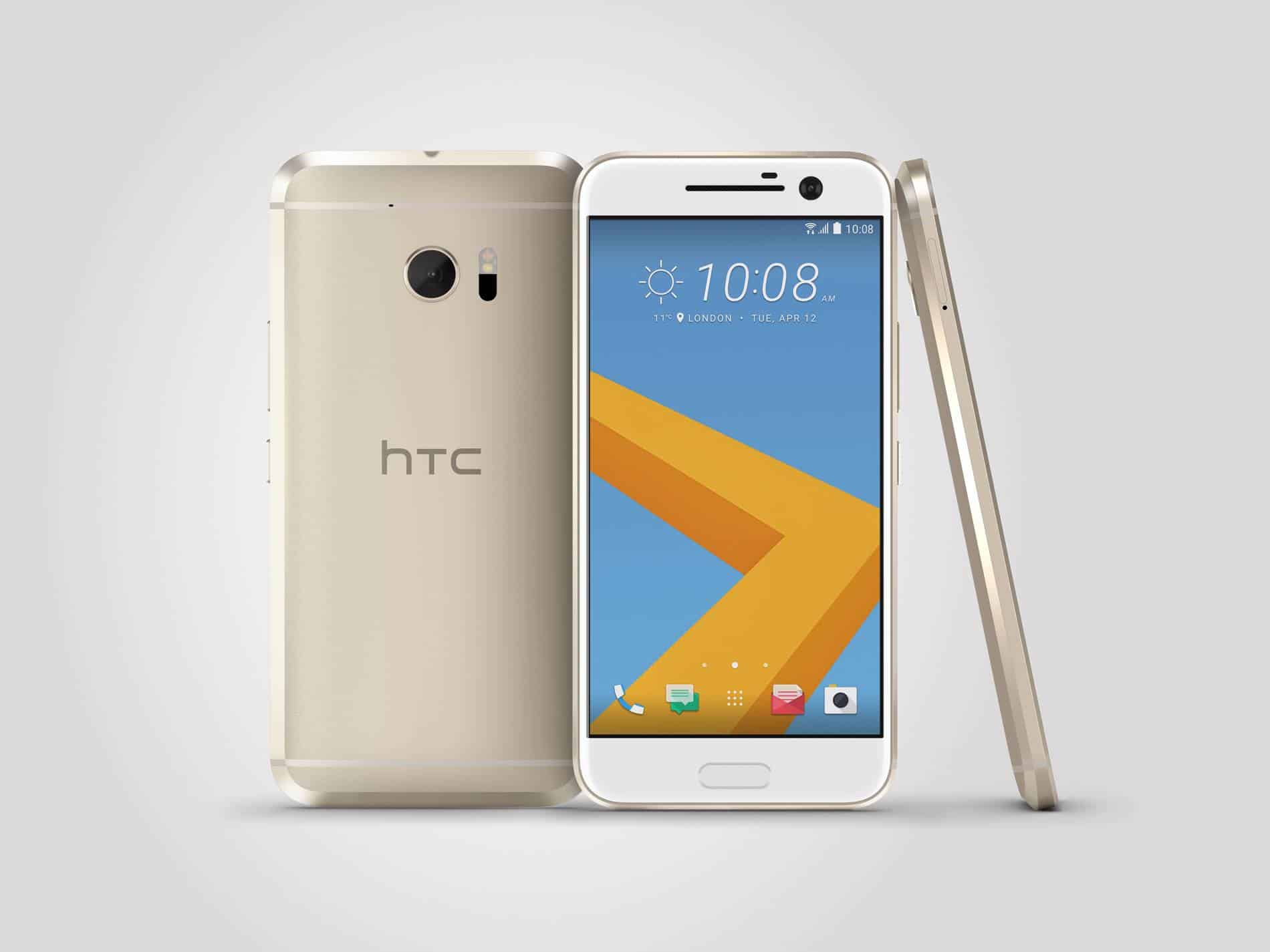 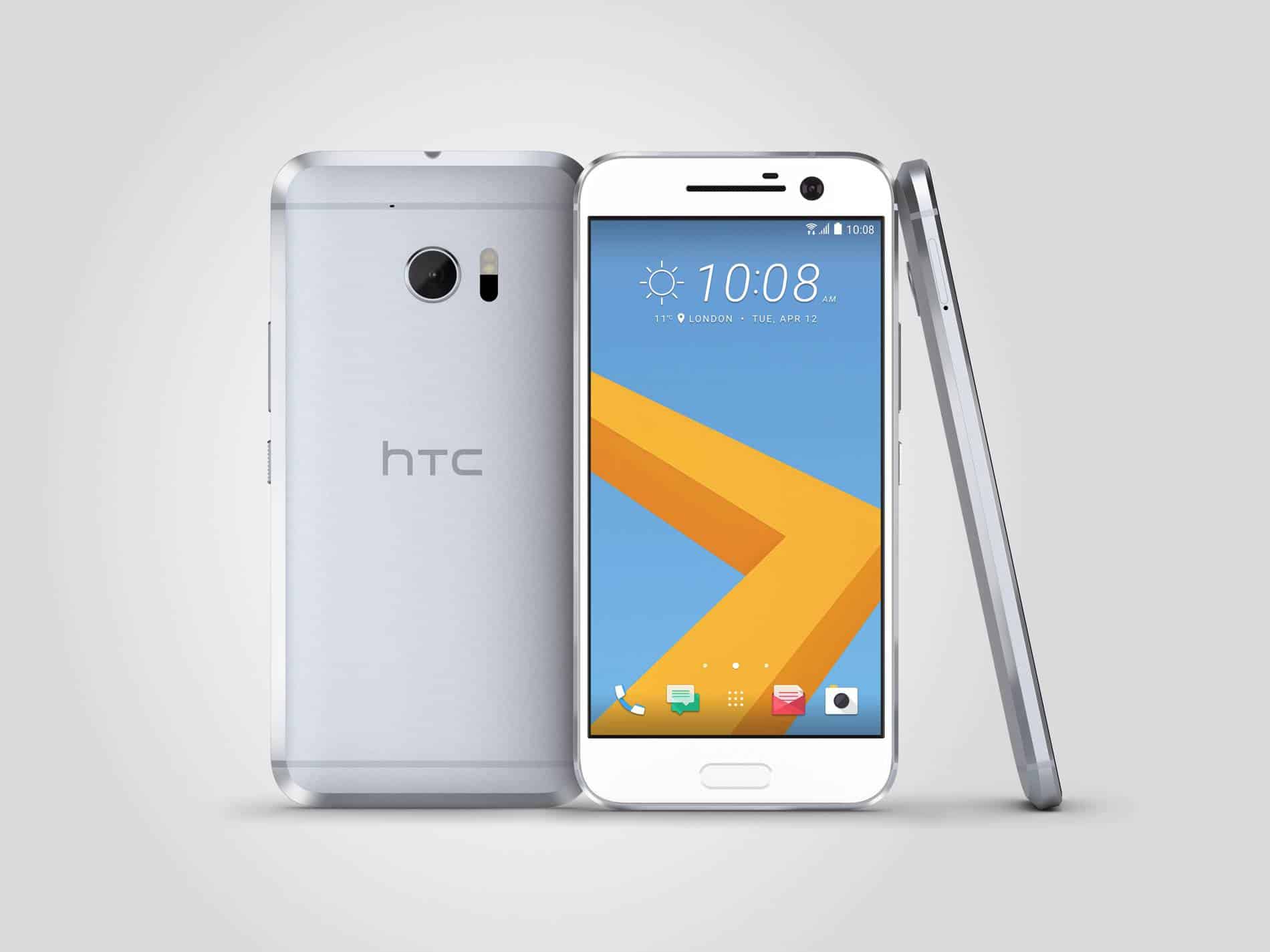 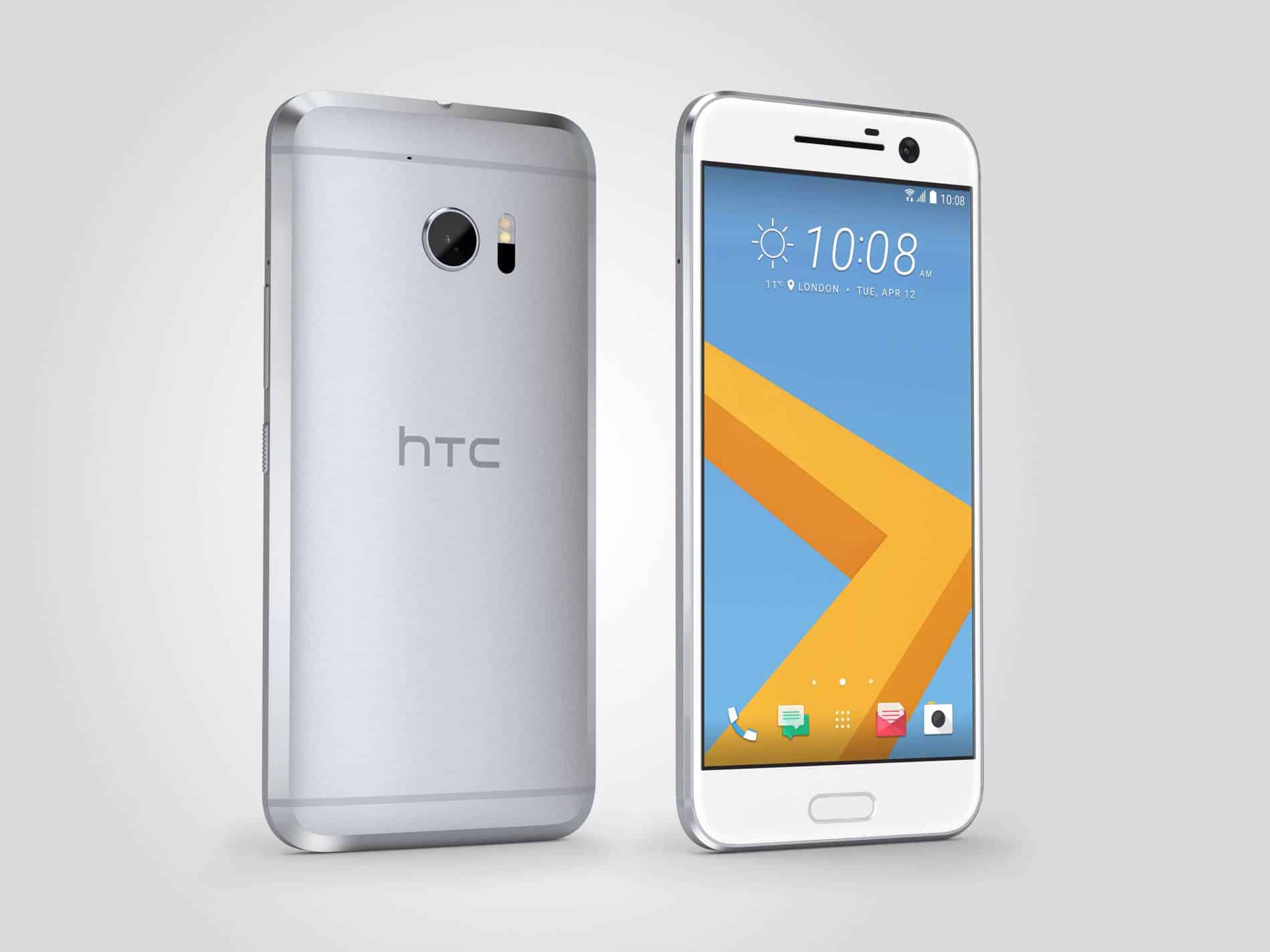 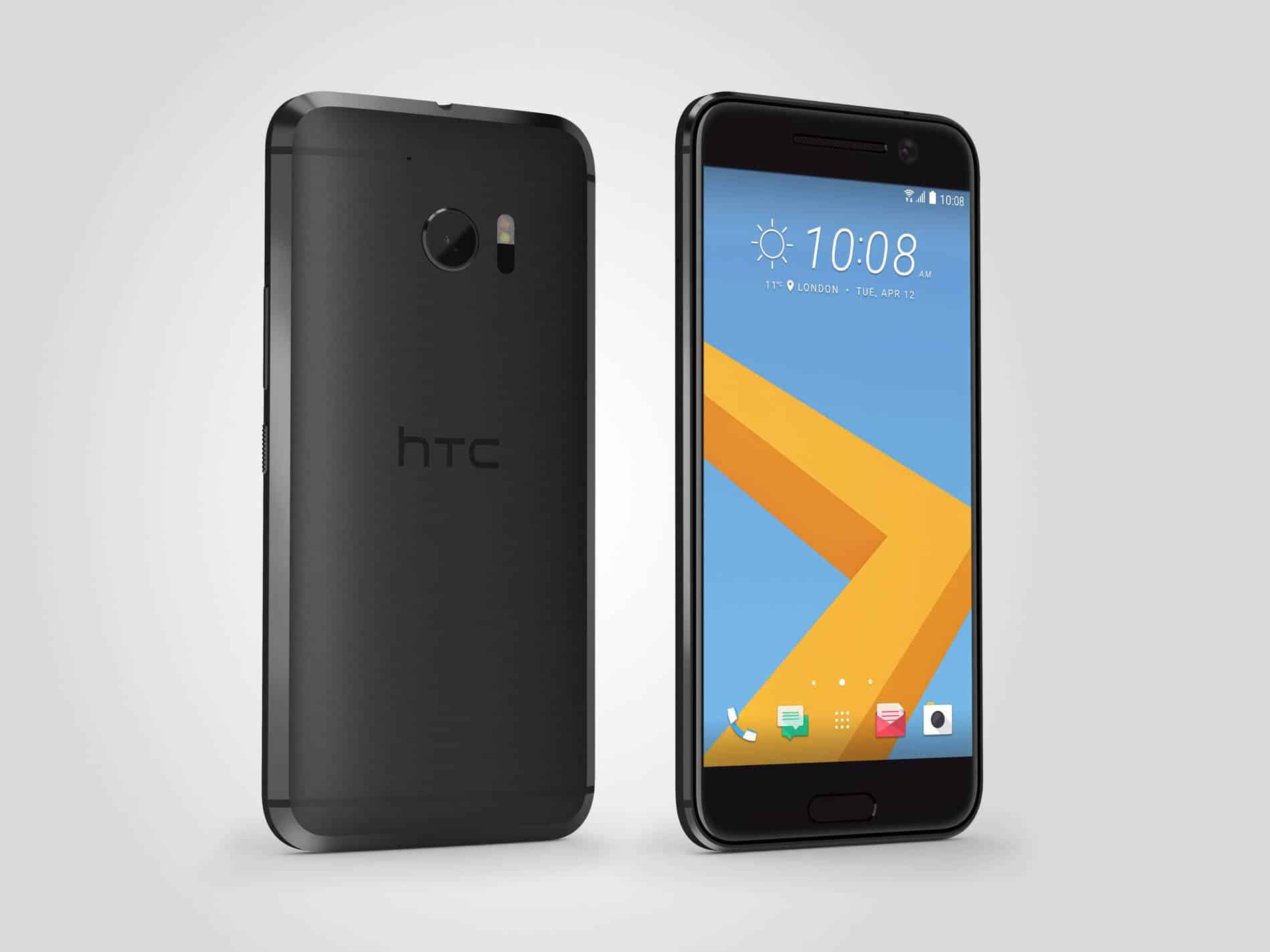 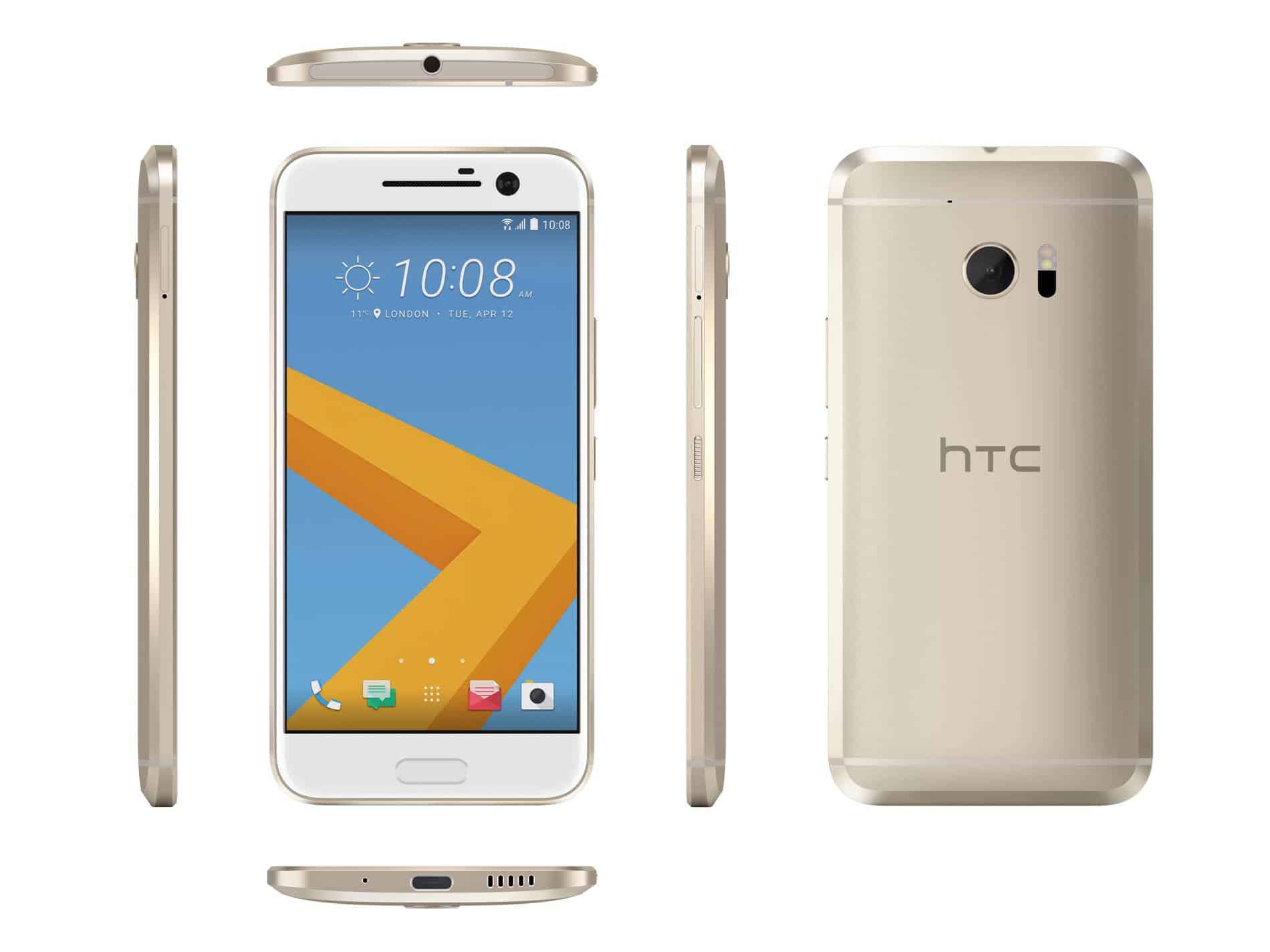 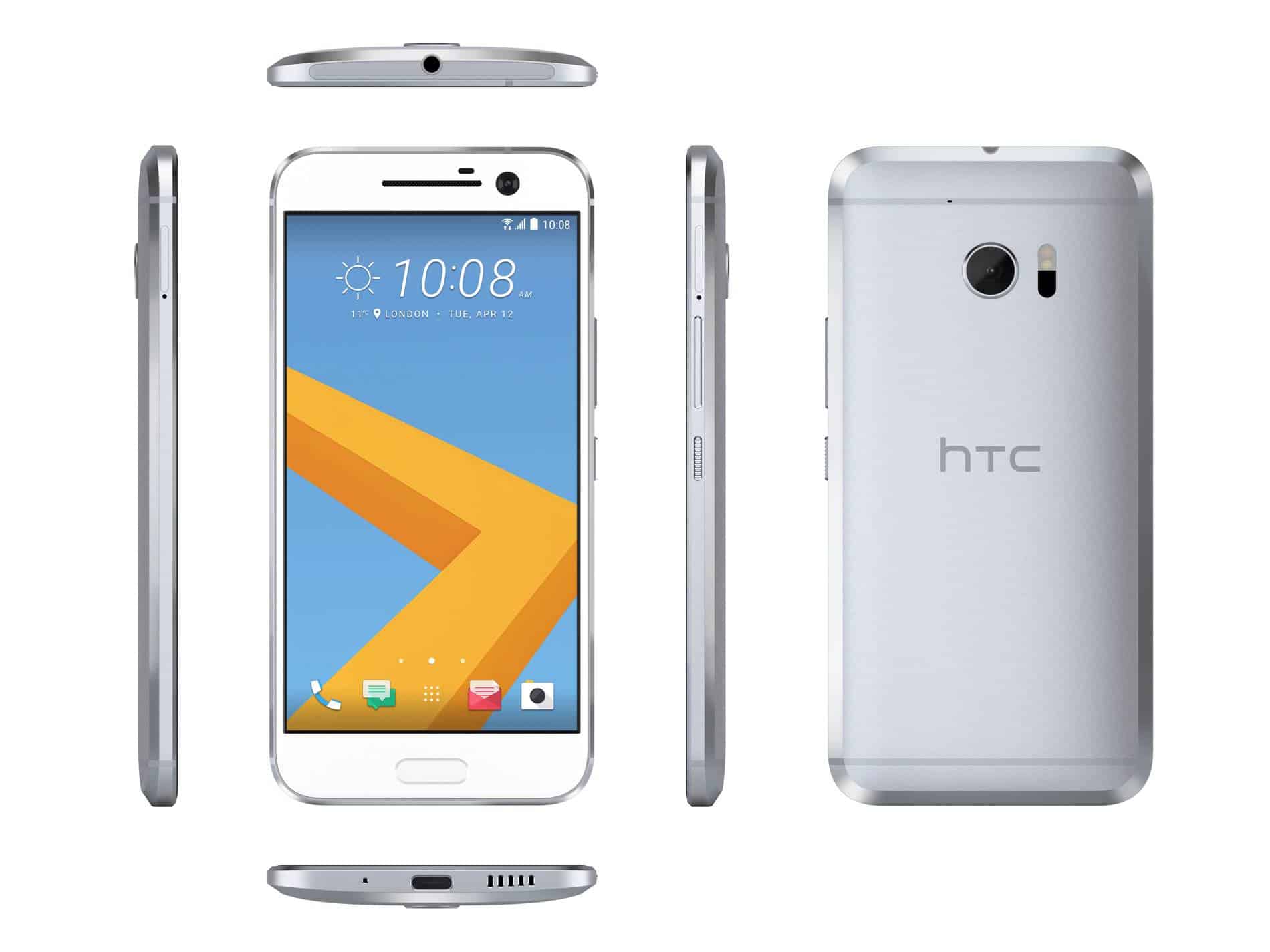 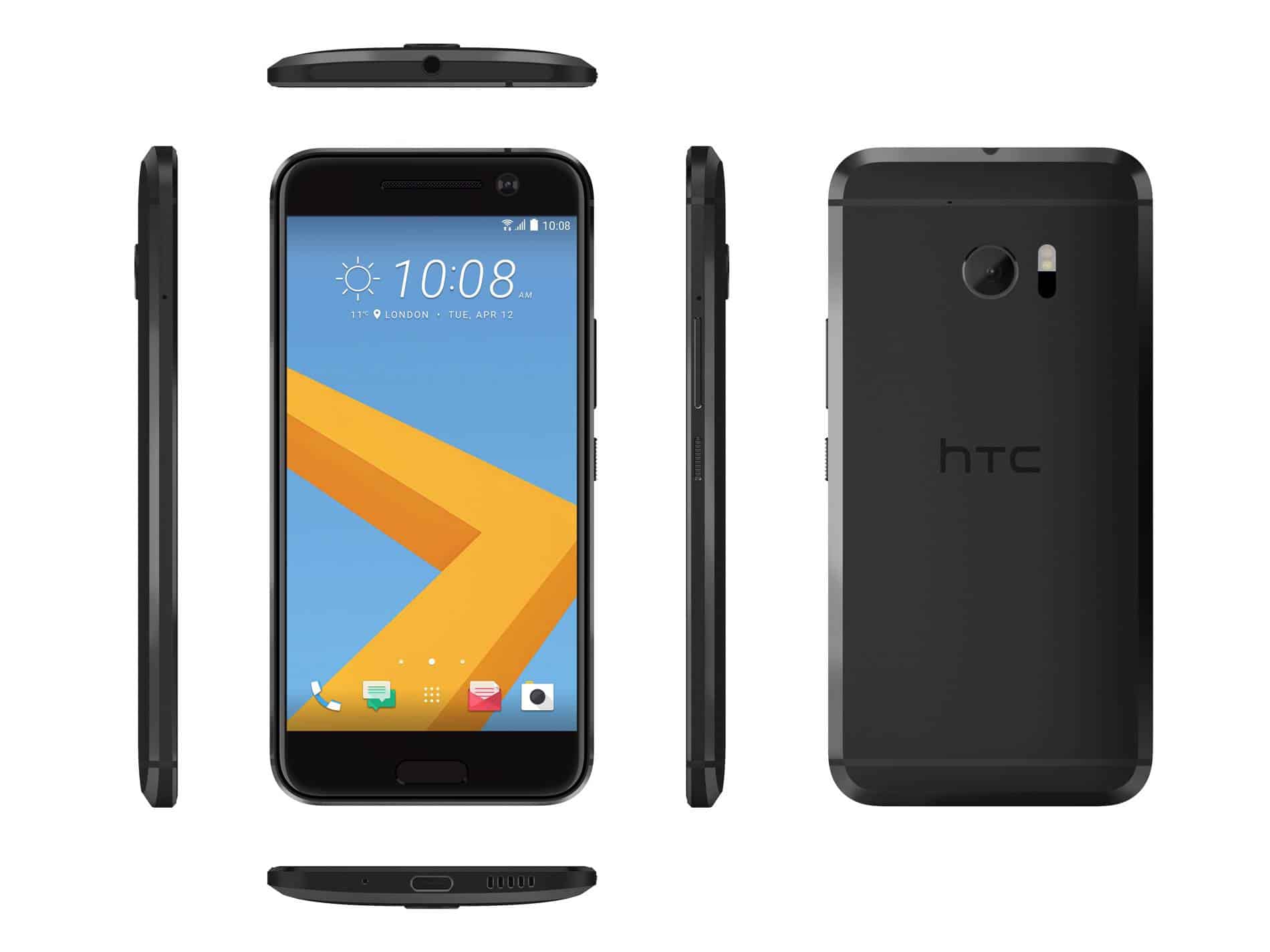