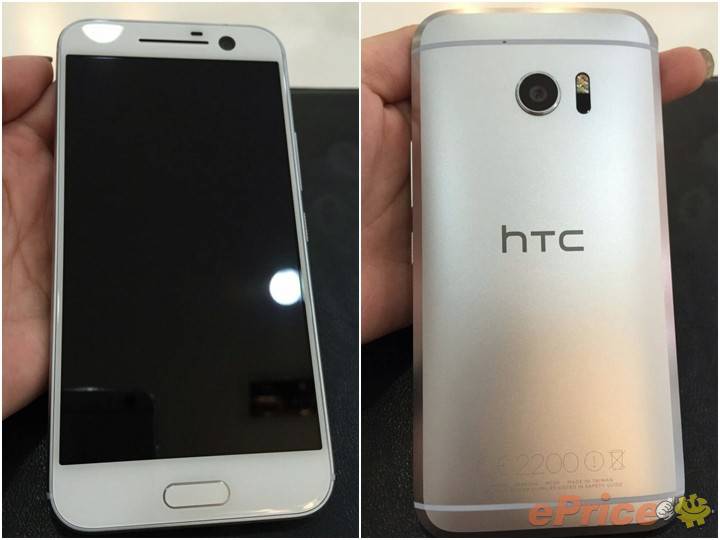 HTC 10 is the name of HTC's upcoming flagship. The device will be launched later today, following tons of rumors, leaks and even official teasers by the company. HTC has been teasing the device's superb camera, design, sound and performance. Anyhow, the HTC 10 design has leaked quite a few times in the last couple of months, and it seems like we've just stumbled upon the greatest design leak yet, read on.

It seems like the HTC 10 has started popping up in retail stores in Taiwan prior to its announcement. This seems like a mayor mistake by someone in Taiwan, as the device units are actually on display in said stores, as you can see in the images in the gallery down below. According to the source, the design goes hand-in-hand with almost every leak we've seen lately, so there should be no surprises in that area. Unfortunately, the stores did not reveal availability details of the HTC 10, so we don't exactly know when will it become available (in Taiwan), nor how much will it cost. A recent rumor, however, did say that the device will become available starting April 15th, and even the pricing leaked. Looking at the phone's design, you'll notice that it has pronounced chamfered edges, a physical home button, and its back side resembles previous flagships by the company.

The HTC 10 is rumored to sport a 5.2-inch QHD (2560 x 1440) display, 4GB of RAM and 32GB / 64GB of internal storage. The device will be fueled by the Snapdragon 820 64-bit quad-core processor, along with the Adreno 530 GPU for graphics. The 12-megapixel OIS UltraPixel shooter will be available on the back of this phone, and a 5-megapixel OIS camera will be placed up front. The 3,000mAh battery will also be a part of this package, and it will not be removable. Android Marshmallow will come pre-installed on the HTC 10, and on top of it, you'll get HTC's Sense 8 UI. We also expect the company to implement BoomSound here, and the Type-C USB 3.0 port will be placed on the bottom of this phone.