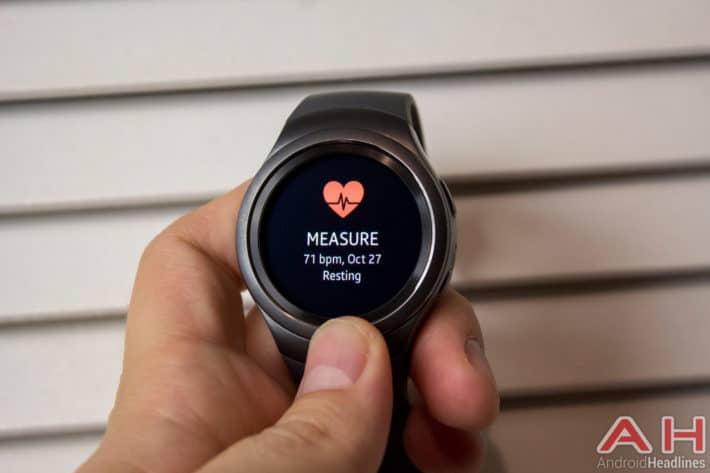 The concept of smart wearable devices is not as new as it may seem, and in reality, manufacturers have experienced with this idea for decades. In 1999, Samsung released the world's first "watch phone" known as the "SPH-WP10", and later in the summer of 2000, IBM showcased its first smartwatch prototype running Linux, dubbed the WatchPad. Needless to say, these products may have been too ambitious for their time, but nowadays the smart wearable market is growing at a tremendous rate. In fact, according to research from Tractica, healthcare wearable device shipments will reach 97.6 million yearly units by the year 2021, up from 2.5 million units shipped in 2016.

Smartwatches have become a real thing and for the past several years, companies like Samsung, Sony, LG, Apple, and countless others have all joined the smartwatch market and contributed to its growth. However, according to Tractica, the next big step and "a key part of the ongoing evolution" of wearables is the healthcare segment. Sensors for healthcare applications are being used by an increasing number of smart wearables, including fitness bands, smartwatches, and even wearable patches or third party medical-grade accessories such as the AliveCor EKG Band. According to Tractica, the number of healthcare wearables which will ship in the coming years will only increase, and by the year 2021 the research firm predicts that the smart wearable market will have the capacity to ship 97.6 million such devices each year. By then, the company forecasts that the global healthcare wearable market will register $17.8 billion in revenue on a yearly basis.

On the other hand, not many smart wearables today are truly "medical-grade", and this is largely due to the fact that medical-grade sensors are pricier, and also because such products need to be approved by the FDA and similar organizations. The regulatory process takes time, and as yet not many smartwatch and smart wearable manufacturers have been able or willing to go through with it. However, Tractica adds that while "the market for healthcare wearables is very much in its infancy", these types of products are "being seen as an extension of the digital transformation of healthcare". As yet, the market still faces certain challenges, including those related to consumer confidence, sensor accuracy, and regulatory hurdles, but the situation will apparently greatly improve by the year 2021. 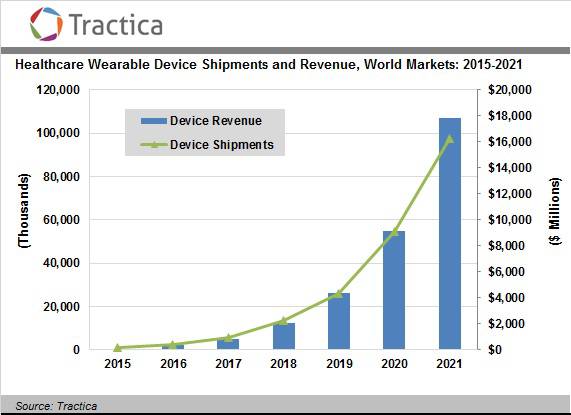