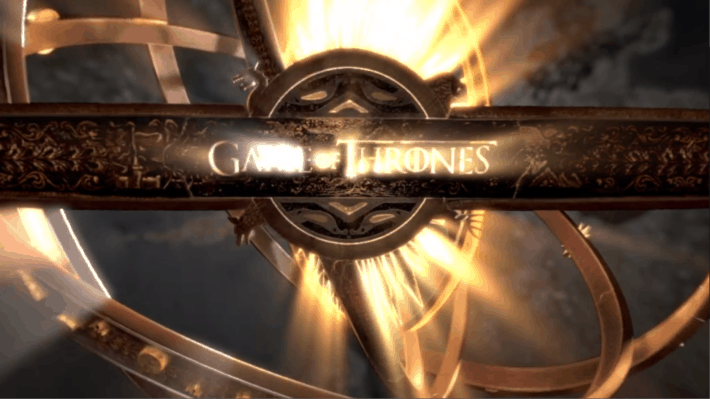 Netflix may have surpassed HBO as the service for most popular original programming, but for many people and loyal fans, HBO's Game of Thrones will always be the one and only show that ever matters, or at the very least matters the most, and by extension that would make HBO the most important to those users. To rev up fans whether old or new, the official Game of Thrones Facebook page has released a 360-degree video of the Game of Thrones opening, allowing you to see the maps and lands of Westeros from all angles. If you've never seen one episode of Game of Thrones you likely have never seen the opening sequence, and would probably have no idea what you're looking at. For everyone else it may just be a rather cool little treat to sate the hunger until the sixth season of the show starts, which begins towards the end of this month.

While this isn't a snippet of unreleased footage from one of the upcoming new episodes and it's not a new teaser trailer, it should be just as entertaining to anyone who has watched the show over the years. Beyond getting fans excited for the new season, the video is just one more added to Facebook's library of content which displays their push into being a more aggressive and recognizable video platform.

What's more, is that the video which is posted to the official Game of Thrones Facebook page, is not listed on the official Game of Thrones YouTube page, and this suggests that Facebook is gaining more pull with content creators as well as big-name brands to make Facebook the platform of choice for posting new video content. Adding more 360-degree videos to their platform is something which is also sure to increase considering the 360-degree camera that Facebook showed off yesterday during their F8 Developer conference, and although they may not be selling it, giving away the plans for free so those who are really dedicated and want to shoot 360-degree videos using the hardware, now have a reason to dump those videos onto Facebook first, or exclusively. All that aside, if you're a Game of Thrones fan, you can check out the video below.