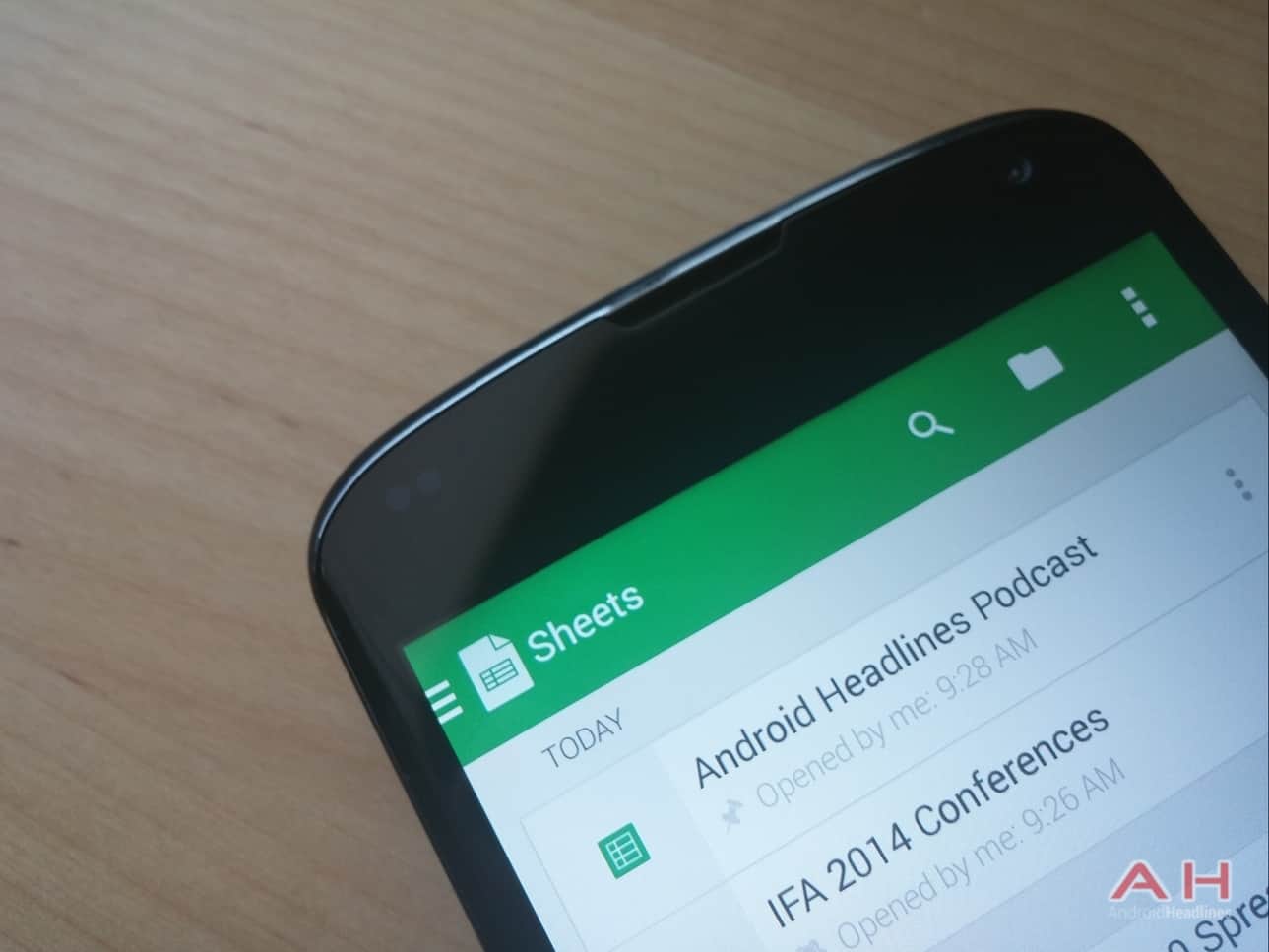 When it comes to Google's apps, Wednesday is generally the day that users can expect to see updates for a handful of the apps that Google offers, and although not all of them get an update every single week, there is usually a few that are introduced to the public with new features and improvements. Just today Google has already updated the Google App to include the ability to listen to podcasts, (Android devices only, for now) and Inbox by Gmail now lets users preview news letters. Google's Sheets application is getting an update today too and it's focused on improving the experience with charts.

While charts have been available within the Sheets app on Android prior to today's update, using them is about to get a whole lot better. Google has added the ability for users to change the titles of charts right from the app, as well as add titles to charts if they didn't already have one in the first place. If you add the title and later on decide you don't really care for it, you can simply change it again later on the fly. This should be a very useful feature for those who have constant indecision.

Alongside the ability to now add and change the titles of charts, Sheets users can now also add and change the titles of the X axis or Y axis lines too. Other changes to the app include the ability for users to set up where they would like the location of the legend on the chart to be. The legend is an integral piece of any chart as it informs people of important details, and now in Sheets the legend location can be placed anywhere the user prefers if they feel it would look better in a particular spot. Lastly, Google has also made it possible to change the color of a series in a chart, if that sort of things is pertinent to the chart at all. The update is set to roll out to users gradually with Google stating that it could potentially take more than three days for some users to actually see the new features. 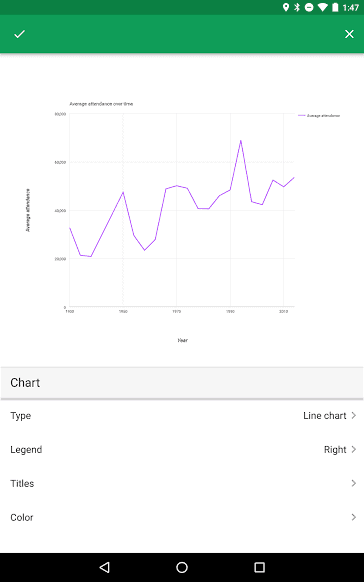