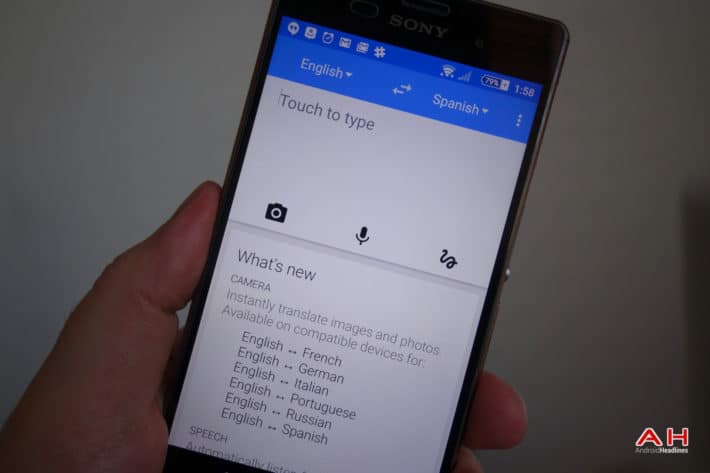 Communication is very important in just about every walk of life, and whether it's reading the items on a menu in a language you don't quite understand or trying to make sense of the directions on a transit sign, Google Translate has been a service that has helped many people figure out what it is they're reading. While Translate is available in app form on Android, it also started as web-based service and is a feature that is baked into Chrome for when users browse web pages that come up in another language other than the one that's set to default. It's also been available for years, and yesterday Google celebrated the anniversary of its launch ten years ago.

The goal behind translate is to break down the walls between people that keep their communication separated because they speak different languages. While there is always improvements that can be made to Google Translate, the app and service have come quite a long ways in the last decade. It's said that over 100 billion words are translated every single day and Google Translate is a part of that process, helping people from all over the globe understand each other whether it's a simple phrase or a complex question.

To put things into perspective, back when Google Translate was launched it supported just two languages, and as of today, it supports a whopping 103 different languages. In addition to this, Google states that Translate started with just hundreds of users and the service now commands a user number in the hundreds of millions, more specifically Google says there are more than 500 million to date. That's certainly no small accomplishment. While Translate is capable of translating words that you type in, it's also possible to live translate words in real-time using the phone's camera as long as the two languages being translated are supported for the feature, which consists of 40 different languages right now. The app is also capable of saving and storing translations for you for later use if they're needed, and instead of typing up words you can use your finger to draw the words on screen if that proves to be simpler.