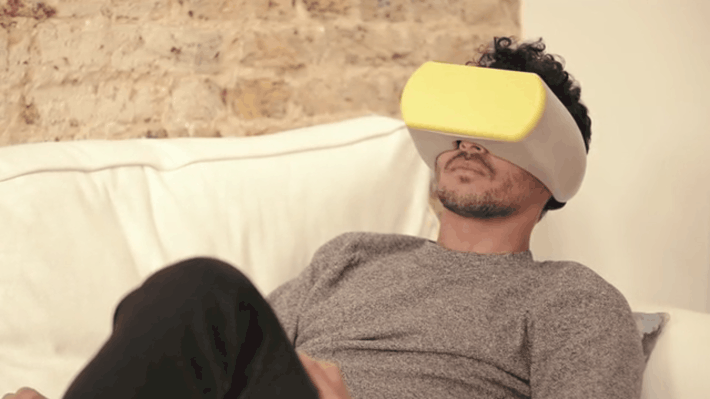 Virtual Reality is really taking off now that both the HTC Vive and Oculus Rift are finally landing in the hands of consumers. While the experiences offered by those two are great and offer full immersion with excellent graphics they’re not only expensive themselves but also require a powerful gaming PC to back them up, too. Long ago Google introduced their Cardboard concept, a simple blueprint of some lenses mounted in cardboard that, when used together with a smartphone’s display and all the sensors inside of a modern smartphone, would become a respectable virtual reality headset. As the Cardboard blueprint is open source, Amazon and eBay have become awash with quality, affordable headsets fully compatible with all Cardboard apps and games. Now, a London-based Kickstarter campaign wants to offer a virtual reality headset with built-in sound.

Dubbed the Opto, the lightweight virtual reality headset will feature lenses 25% larger than the original Cardboard offering from Google and most importantly, built-in sound. How the Opto will do this is via two 40mm drivers positioned where someone’s ears are built-in to the headset. The design effectively extends the front of the headset further round a wearer’s head to accommodate the built-in headphones. Opto will be lightweight thanks to the foam construction which will be manufactured in the same factory as the popular Crocs foam shoes. The smartphone tray holder includes the necessary 3.5mm connector for the sound, and can be removed from the Opto entirely and used as a phone case. This allows users to remove the phone, search for more content and then put it back into the Opto, as the magnet that activates cardboard is inside the headset itself.

Available in a range of colors, the Opto can be secured for £65 GBP or roughly $89 USD and is set to ship to backers in October later this year. As of writing, the campaign has secured roughly half of its target, and it seems on track to be funded in the next 18 days that are left. The Opto is said to work with devices up to 5.5-inches in size, and popular Samsung models are featured in the promotional video.