Strategy Analytics has just put out some figures for Q1 2016, showing us how many smartphones each of the top five manufacturers shipped in the first quarter, in relative to the first quarter of 2015. Now remember that these are shipped models, not those that were sold in the quarter. What’s interesting to see here is that globally, shipments decreased by roughly 10 million. Going from 345 million in Q1 2015, to about 334.6 million in Q1 2016.

Market share didn’t change a whole lot. Samsung is still sitting at the top with 23.6% followed by Apple at 15.3%. Huawei has 8.5%, OPPO at 4.6% and Xiaomi at 4.4% as of Q1 2016. Everyone else accounts for the 43.6% in “Others”. So while Samsung and Apple have lost a bit of market share, the Chinese manufacturers have gobbled up their losses. Huawei is likely seeing such a big increase due to the Nexus 6P they built with Google, as well as the success of the Honor 5X which was announced at CES in January. What’s interesting about Xiaomi is that while they shipped less smartphones in the quarter, they did increase their market share. Albeit by very little. Going from 4.3% to 4.4%. 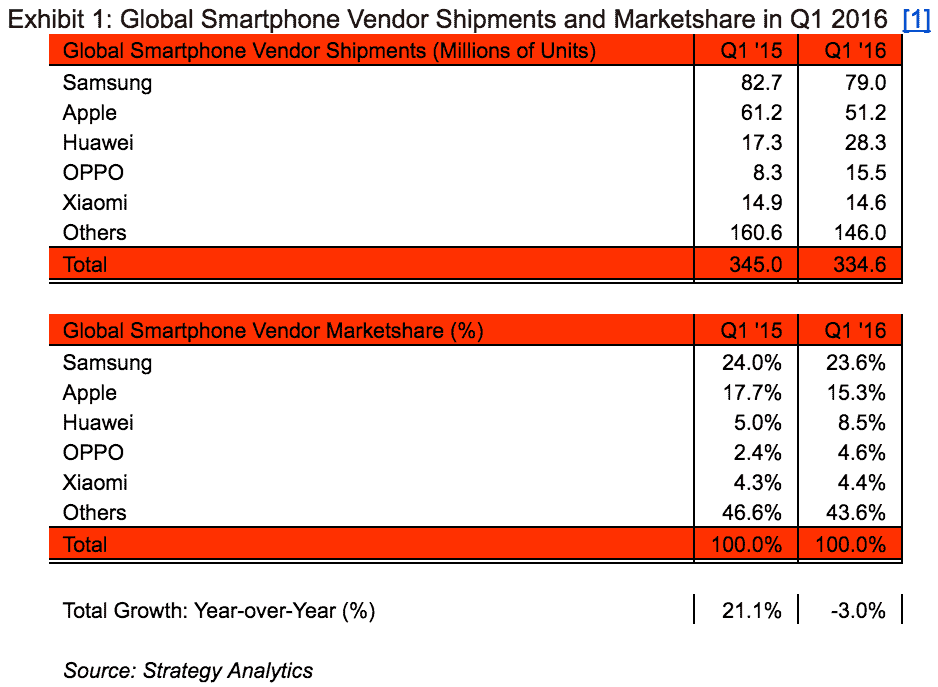