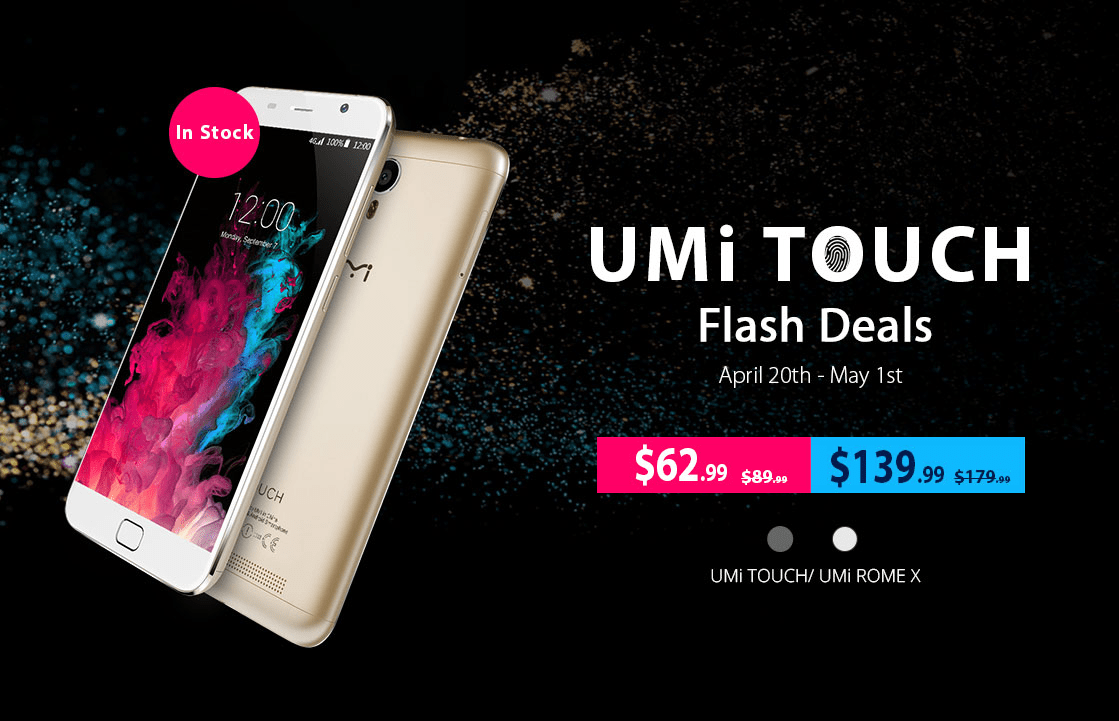 UMI is another smartphone maker out of China who has made a pretty big splash as of late. With a number of their devices. Including the UMI Touch and UMI Rome X, which are both part of GearBest's current Flash Deals that run through May 1st. Both of which are great smartphones from UMI.

While the UMI Rome X also sports a 5.5-inch display, it has a slightly lower resolution coming in at 1280 x 720 and this time they are using an AMOLED panel. On the processor side, we're looking at the quad-core MediaTek MT6580 which is clocked at 1.3GHz, and using the Mali-400 GPU. It features 1GB of RAM along with 8GB of storage, there is a microSD card slot available for expanding the storage as well. We have a 2500mAh battery here that will keep you going all day long and it is running on Android 5.1 Lollipop. The UMI Rome X has a 8-megapixel sensor on the back with a 2-megapixel sensor around front for taking those selfies. The UMI Rome X does support GPRS, EDGE, 3G and HSPA+ connectivity on the following bands. GSM 850/900/1800/1900, WCDMA 900/2100.