Oukitel is one of those companies coming out of China that puts some huge batteries in their smartphones. In fact, they were the first one to put a 10,000mAh battery in their Oukitel K10000 smartphone. Needless to say, battery life was phenomenal on that device, as we found in our review. Recently the company launched the Oukitel K6000 Pro smartphone, which is more of a phablet, and is a more high-specced version of the K6000. After the success of the Oukitel K4000 Pro, the company decided to make a pro version of the K6000. The two smartphones sport the same size battery, but the K6000 Pro gets a higher resolution display, more RAM and a slightly different processor. Which is why it sports the "Pro" name.

When it comes to specs, the Oukitel K6000 Pro sports that 5.5-inch 1920×1080 resolution IPS display, powered by the MediaTek MT6753 octa-core processor. That SoC features eight Cortex-A53 cores clocked at 1.3GHz. On the GPU side we're looking at the Mali-T720 which is quad-core and clocked at 450MHz. Other internals include 3GB of RAM along with 32GB of storage. It does also support 4G LTE connectivity, with the following LTE bands – 800/1800/2100/2600. As far as other bands we have GSM 850/900/1800/1900 and WCDMA 900/2100. This is a dual-SIM device, sporting two micro SIM card slots. However the second SIM card slot also doubles as a microSD card slot. Allowing you to expand the storage that comes with the device. Oukitel has outfitted the K6000 Pro with a 13-megapixel shooter on the back. There's a 5-megapixel shooter around front for taking those all important selfies. These cameras have interpolated resolutions of 16M and 8MP respectively. We do have a fingerprint reader here, which is located on the back, just below the 13MP camera. No soft-keys here, instead what we have are capacitive buttons on the front for menu, home and back.

There's also WiFi 802.11 b/g/n support as well as micro USB 2.0 and for location services we have GPS, A-GPS, and GLONASS. To help you get the perfect spot when using location services for different apps and services. The Oukitel K6000 Pro weighs in at 213g and measures 76.7 mm x 154.3 mm x 9.8 mm. Oukitel is also running a "stock" version of Android 6.0 Marshmallow on the K6000 Pro. That's the latest available version of Android.

The Oukitel K6000 Pro is a metal smartphone, so it definitely is a premium looking phone, and with a price of $145.99, that's hard to beat. You can pre-order it now from GearBest for just $145.99 and it is available in both gray and white. Both colors are available through the links below. 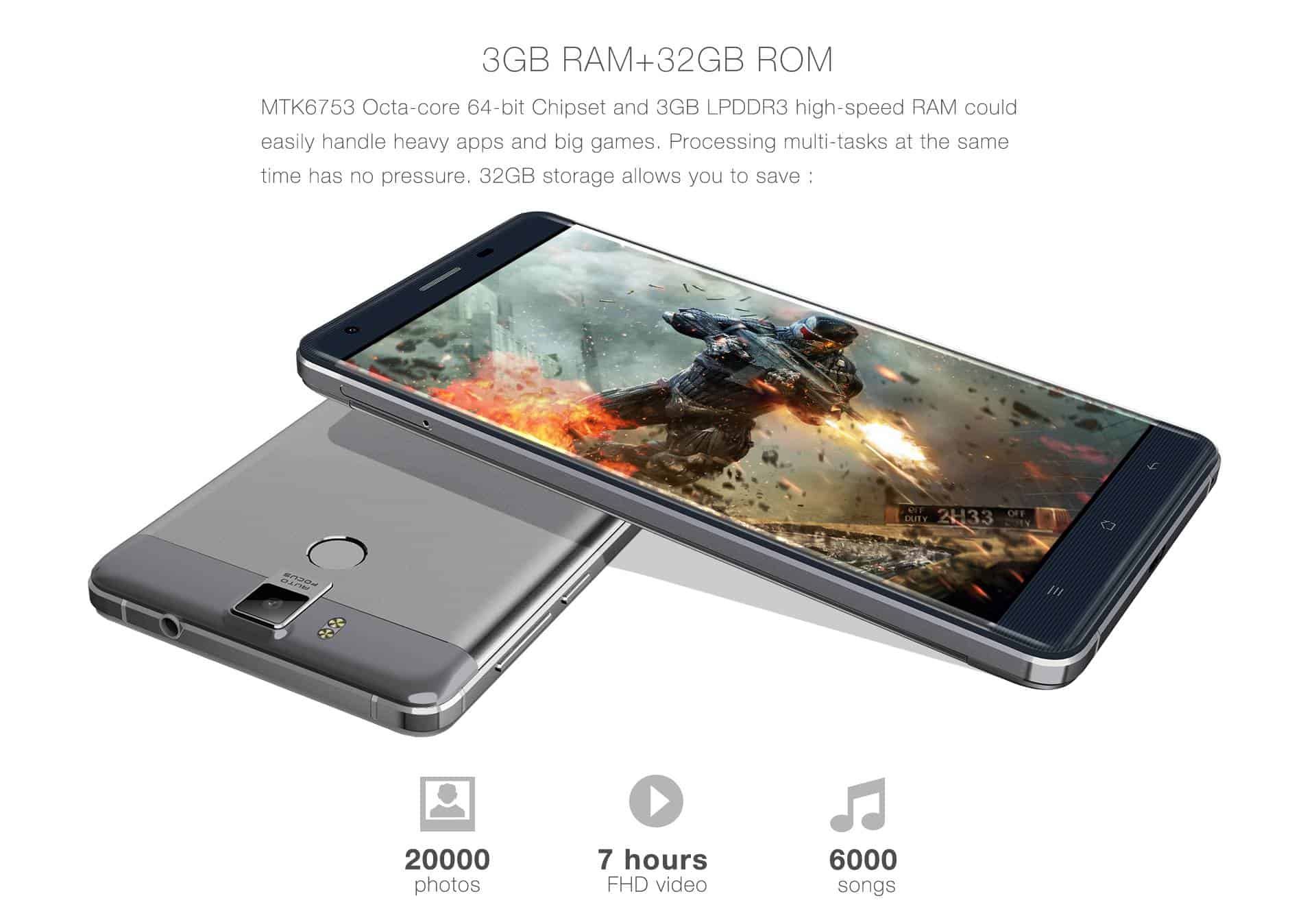 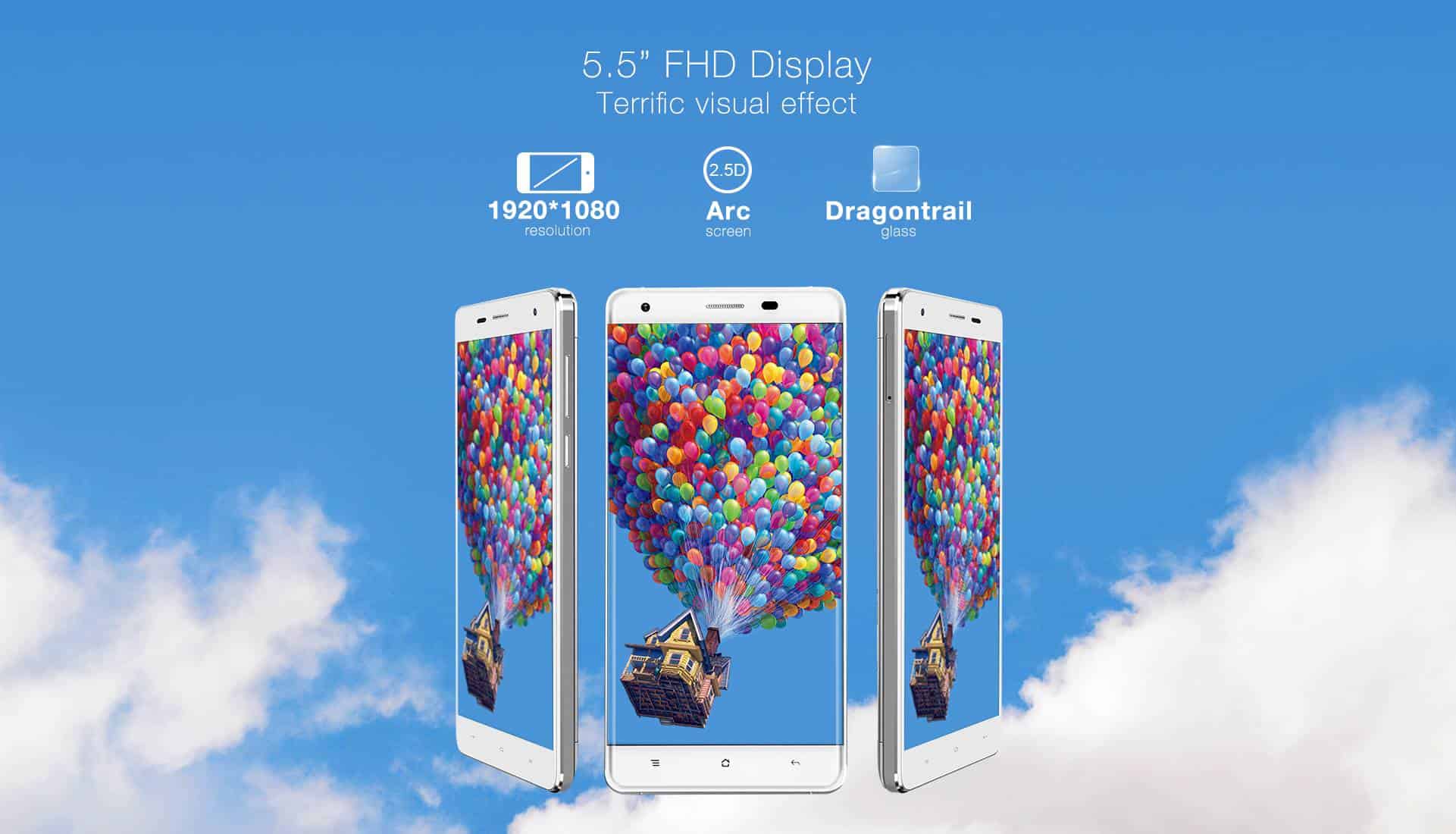 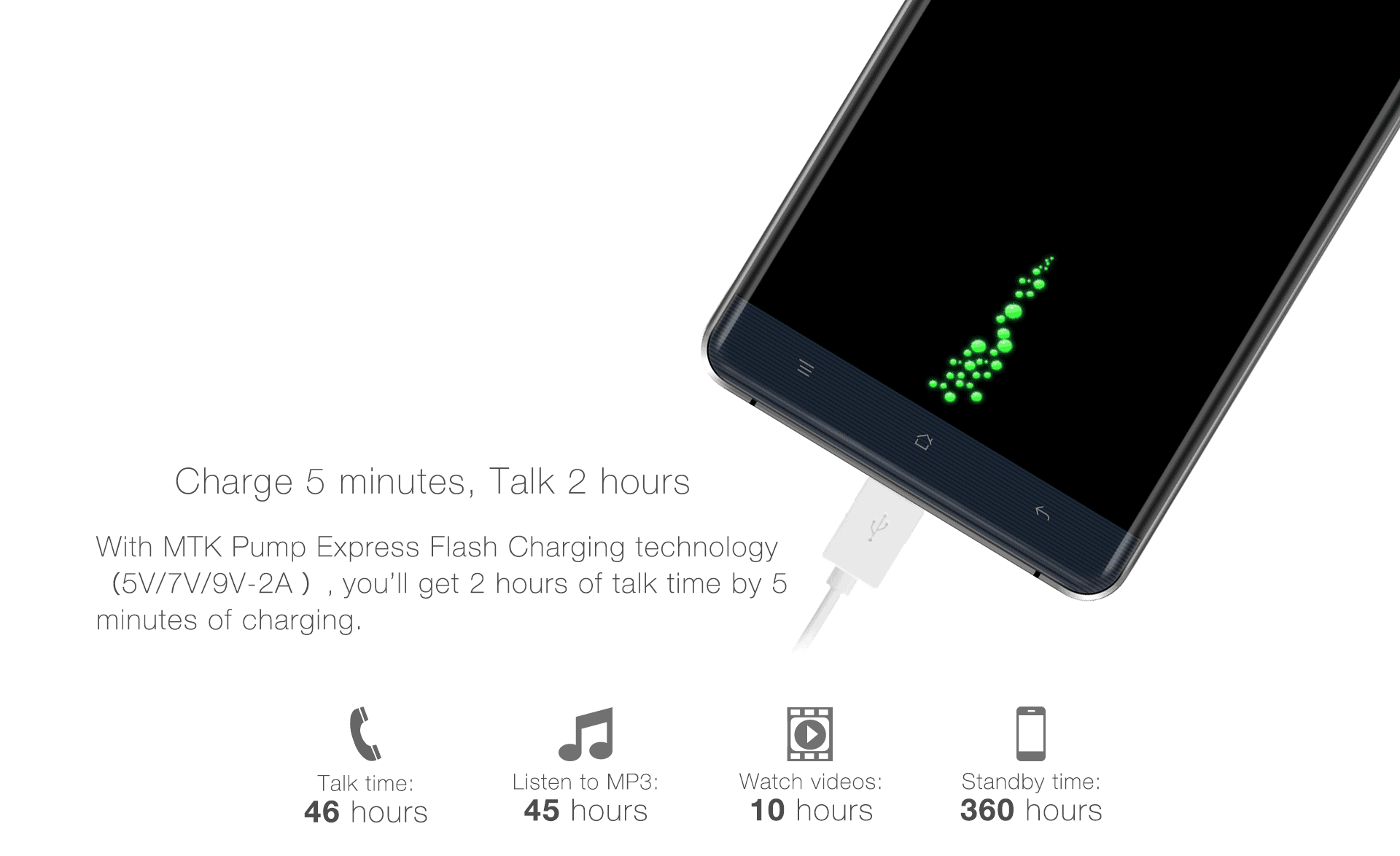