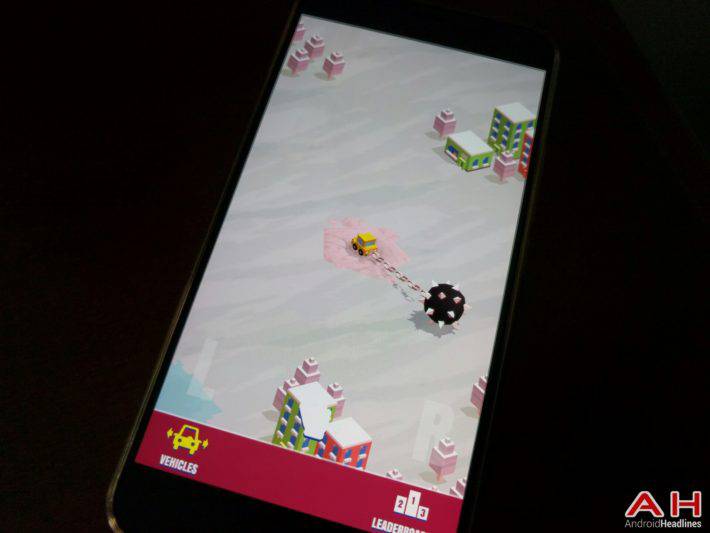 The whole point of gaming is to have fun, right? Well, luckily for us, there are tons of games available in the Google Play store, and the simplest games can sometimes be the most entertaining ones. We’ve talked about Smashy City quite recently, a game which resembles Crossy Road as far as graphics go, but is not exactly all that similar in terms of gameplay. Well, we’ve stumbled upon yet another game which is quite simple, and based on destruction, much like Smashy City, read on.

‘Flail Rider’ is a racing game, well, sort of. Your goal in this game is to destroy everything you can without crashing into one of the building on the map. The gameplay is quite simple, once you tap on the screen, the small car (or whatever other vehicle you happen to be using) will start going forward, your goal is to manoeuvre it all over the map without crushing into building, and to use the flail attached to the back of it to crush those buildings. You can collect coins in the game to unlock various vehicles, speaking of which, there are 50 vehicles available in the game, and they’re spread in 3 classes. There are three locations you can play in (randomly selected), city, desert and snowland. To make the game more interesting, the developer has added power-ups which you can utilize: Laser, Freeze, Big Flail and Boost. The graphics is fitting for this game, though it’s nothing groundbreaking of course. You can play the game both in portrait and landscape, whichever suits you best, which is a nice touch.

Much like a number of other such games, this is a nice little time waster which will certainly appeal to many people, mainly because it’s so simple to play. The Flail Rider is free to download, though there are in-app purchases in the game, just in case you’d like to purchase some extra vehicles straight away. If you’d like to know more, check out the official gameplay video embedded down below, and / or official images in the gallery below it.