Not too long ago, we did a Top 10 list of Microsoft apps, and while there might not be a lot of users out there looking for Microsoft apps, there are some great options from the Windows maker. Now however, we’re taking a look at the Top 10 Google apps that are available for Android. Many of these might already be installed on your phone, some you might not have heard of them or are just looking to see what else Google has in store for Android users. 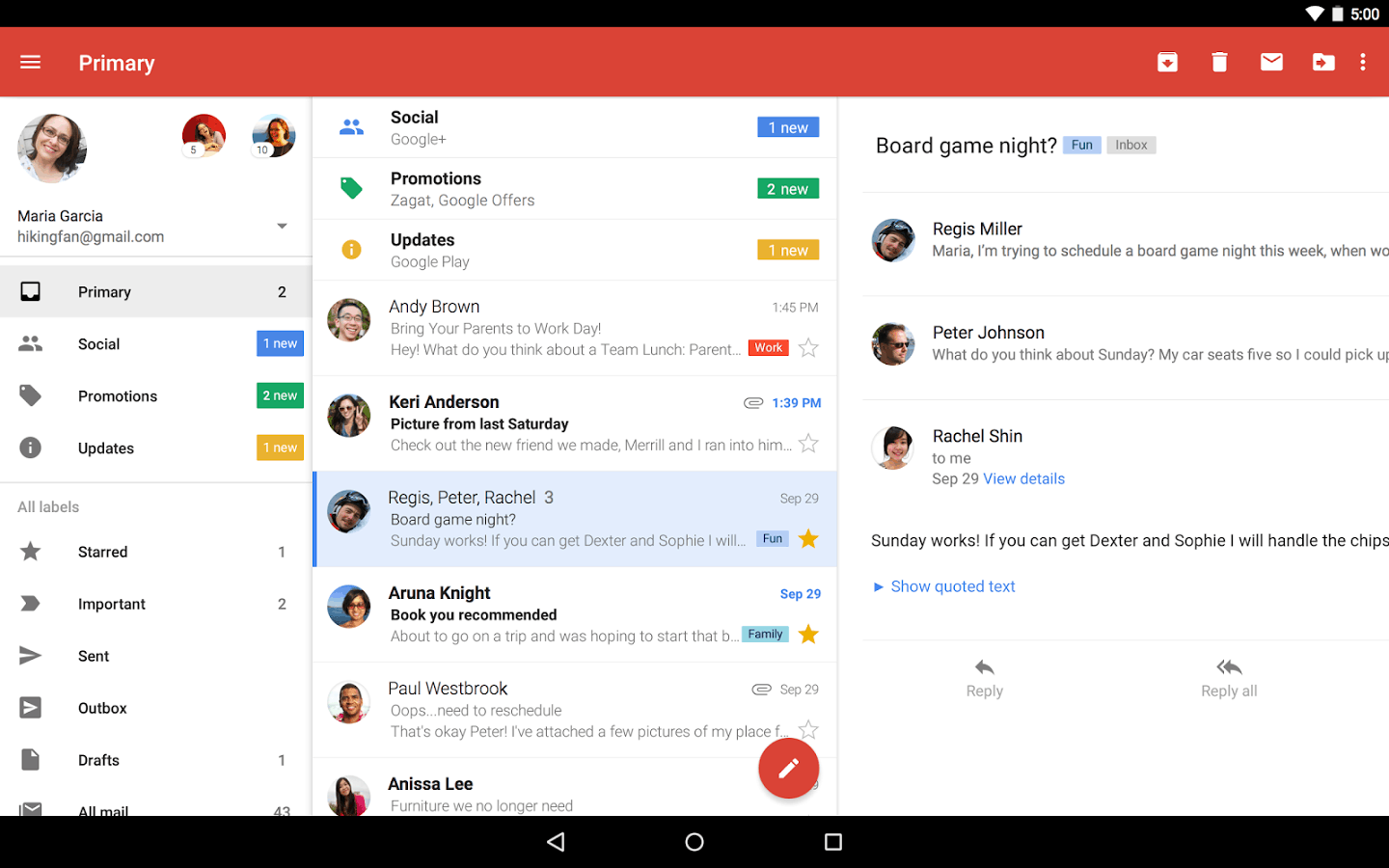 Gmail has of course been a staple of Android for a long, long time now, but what a lot of users might not know is that it isn’t just for Gmail users. The new version of the app can be used for all sorts of different email accounts, and it also looks great on Android tablets (as shown above). A great email app no matter your provider, Gmail is worth revisiting or discovering for the first time, especially if you just want a way to control the chaos of your inbox – or inboxes. 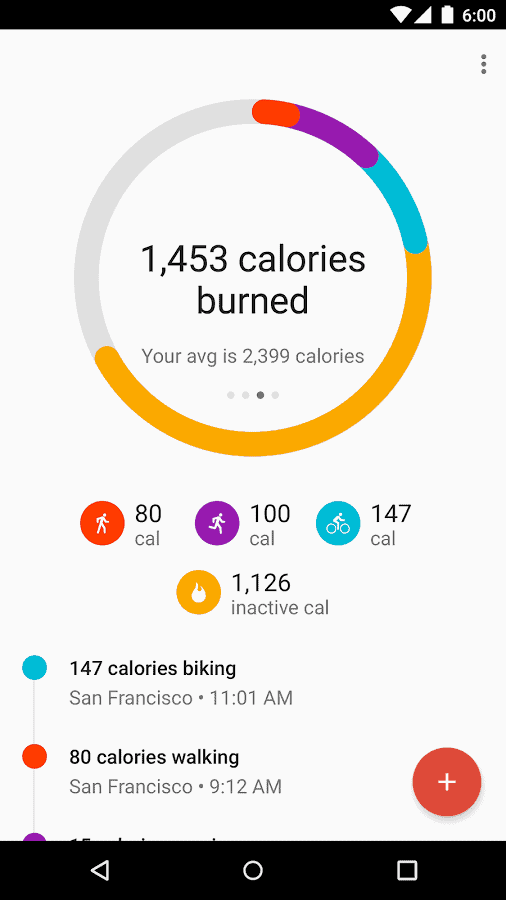 Google Fit was launched a couple of years ago now, and since then it’s only gotten better and better. For those who are big fans of Google’s Material Design, and enjoy keeping everything synced together, then Google Fit is worth looking into. It works well with an Android Wear smartwatch, as well as other fitness trackers, but it can also work just fine on your smartphone, too. Google uses all of this data to create a sort of image of your day, where you went, how you got there and so on, to give you an overall look at your day’s activity. For the most part, Google Fit is one of the better free fitness apps out there. 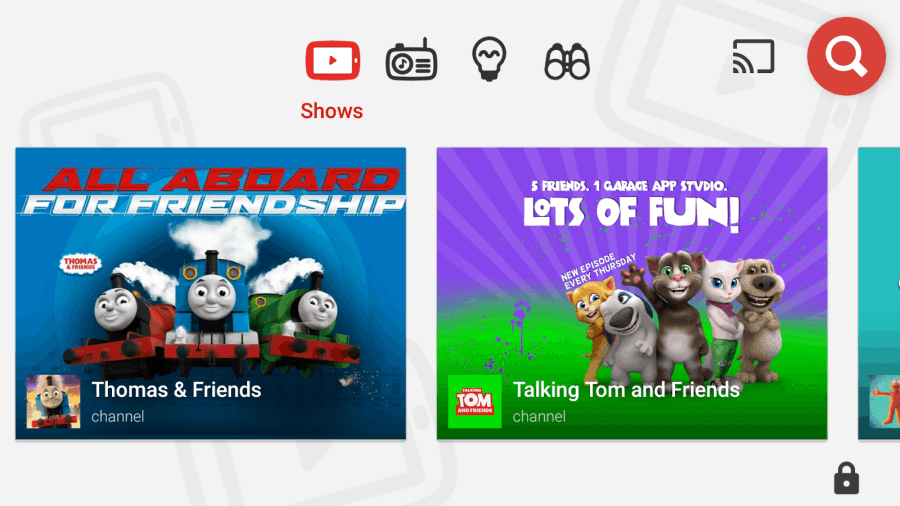 YouTube can be a wealth of resources to keep little ones entertained for short – or longer – periods of time, but the YouTube app is all about going from one video to another. We all know how quickly we can fall down the rabbit hole on YouTube and so YouTube Kids is a great app to have installed on your device to prevent just this. It features a lot of familiar content front and center, has a simplified user interface and best of all, it cuts out access to all sorts of inappropriate content for your kids, too. 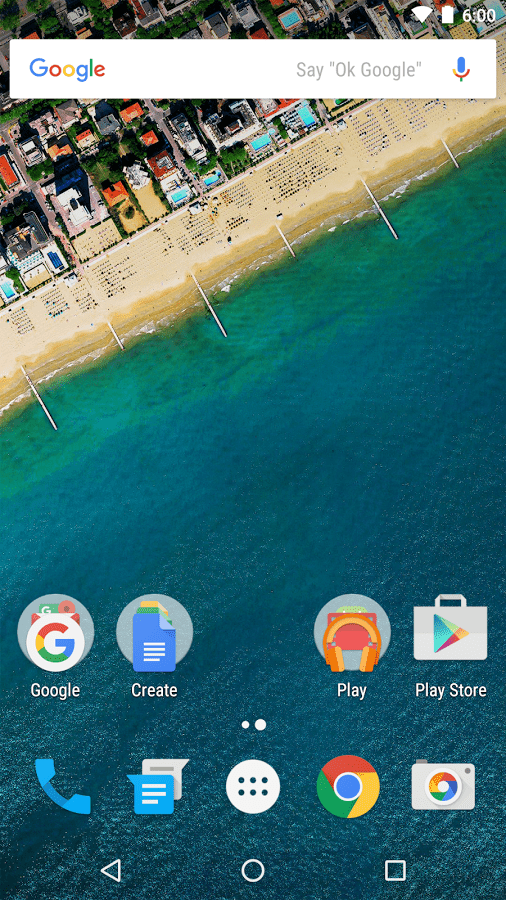 Fancy a more low-key and original look to your Android device? Well, the Google Now Launcher will offer just that. It’s essentially a way of getting a stock Android look and feel on your homescreen, but it also adds in a quick way to pull up Google Now or search Google for whatever it is you need. Featuring a clean app drawer that will make a lot of sense to users, and a clean, clutter-free layout the Google Now Launcher is well worth looking into. It’s totally free and should work on the majority of Android phones out there, regardless of their manufacturer. 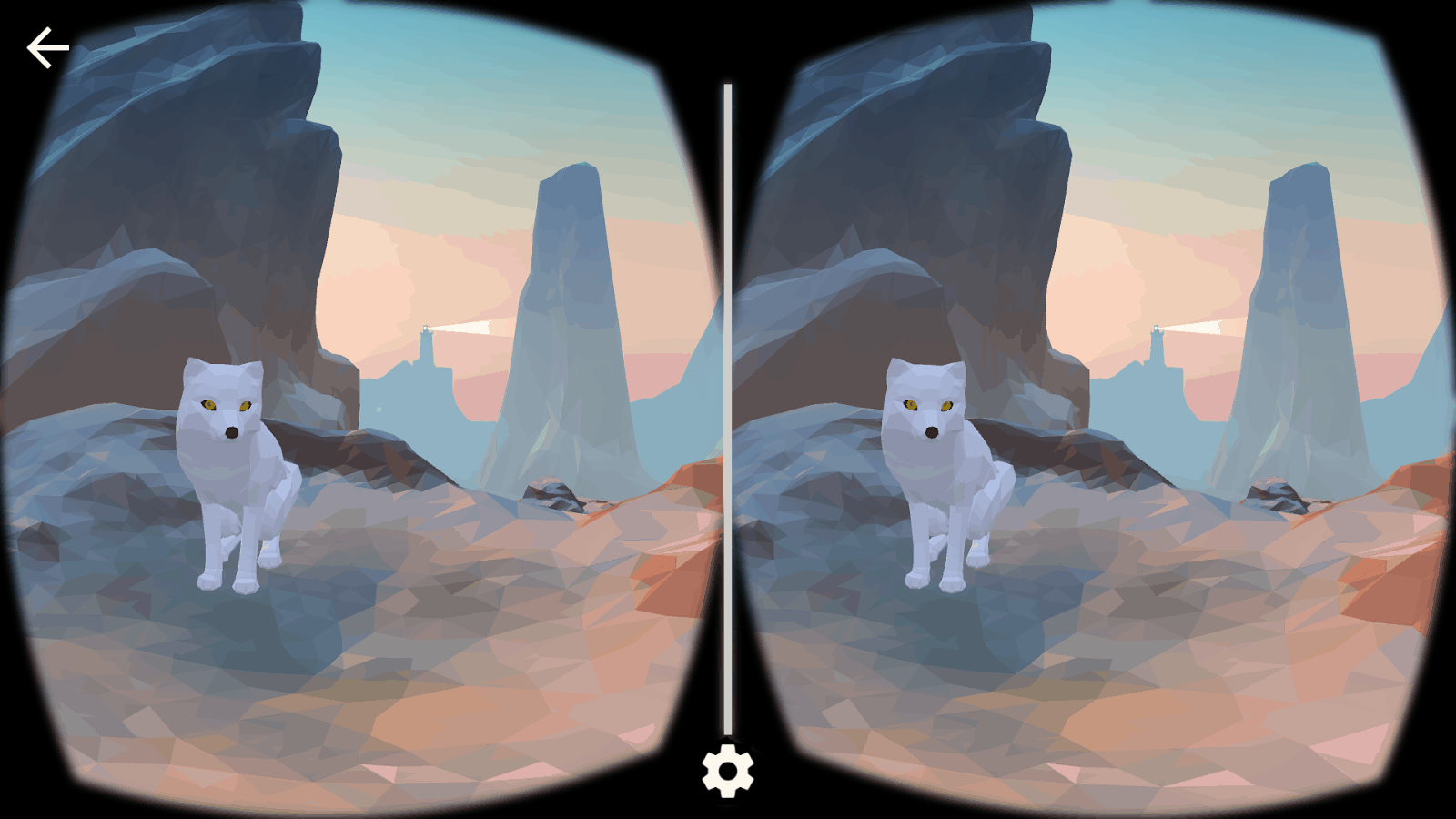 If you’ve recently made a Cardboard VR headset or purchased a compatible one, this app will be your first port of call. It’s more than just a window to the few experiences that Google have put in it, however, as it also allows people to discover new apps and games and open your eyes to a whole new world of interactive and immersive content. 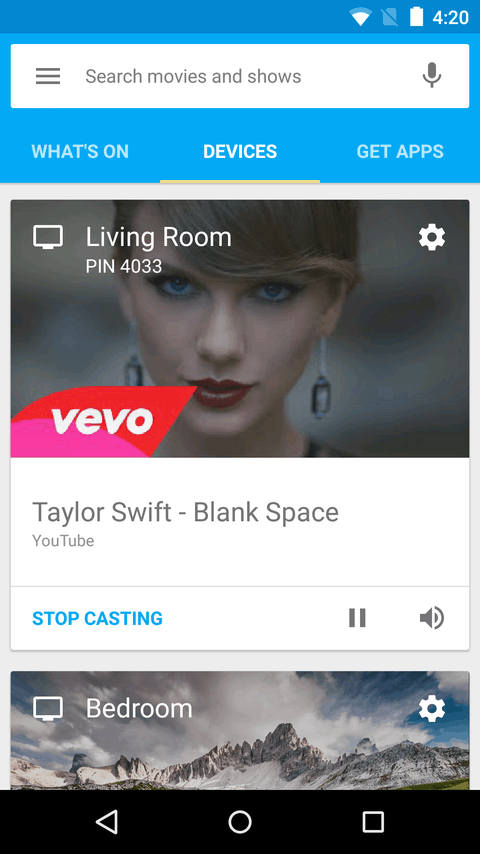 Speaking of world’s of content, the Google Cast app is one more way of getting access to all sorts of content. This was recently rebranded from the Chromecast app to the Google Cast app to help better represent all the sort of content it now applies to. This app can be used to send content to a Chromecast or Android TV and it’s a great way of discovering new content as well as new Cast-enabled apps like Netflix, Hulu, Crunchyroll and a whole lot more. 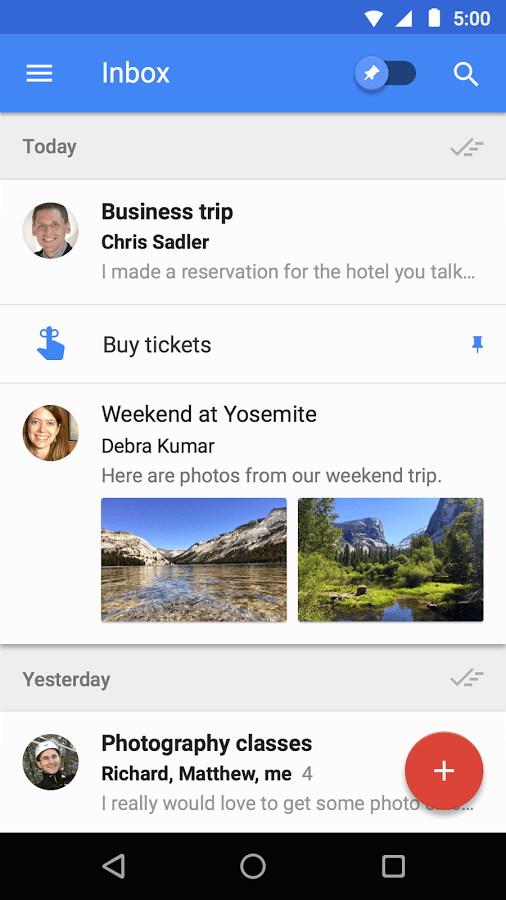 If Gmail isn’t cutting it for you, then Inbox might be what you’re looking for. A streamlined app that apps to make your inbox even cleaner and easier to navigate than before, Inbox is worth looking into, especially if you’re more used to dealing with a one track interface. Sadly, the tablet app is pretty poor, but for phone users, this is a really great app to take a look at and one that might help reduce the stress of a busy inbox. 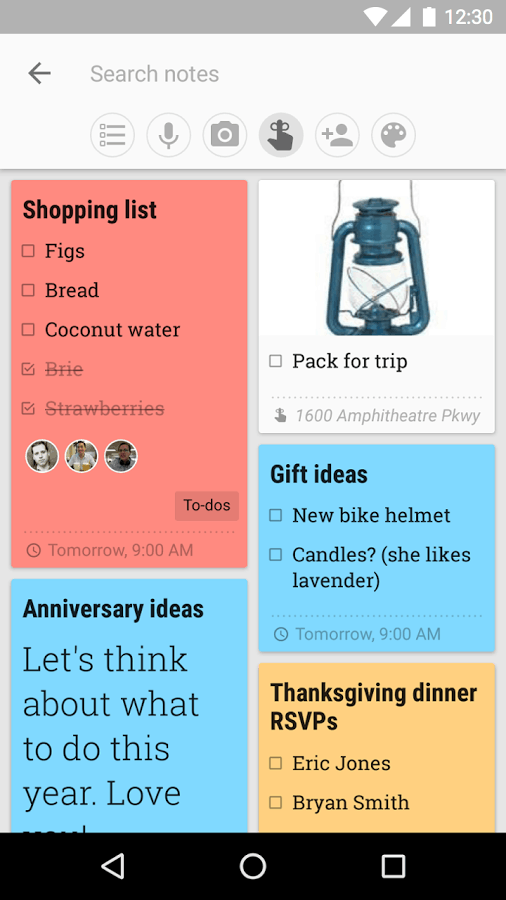 Speaking of organizing things, Google Keep is the sort of Android app that those looking to make the most of their ideas and notes should think about using. It’s designed to be approachable and simple to use, but it can be molded into whatever you like, and become as complicated as you’re willing to make things. Using Keep for lists, to-dos and so on is really easy and with some color, it can be a bright way of keeping a finger on things. It works well on tablets and is accessible from any computer on the web, too. 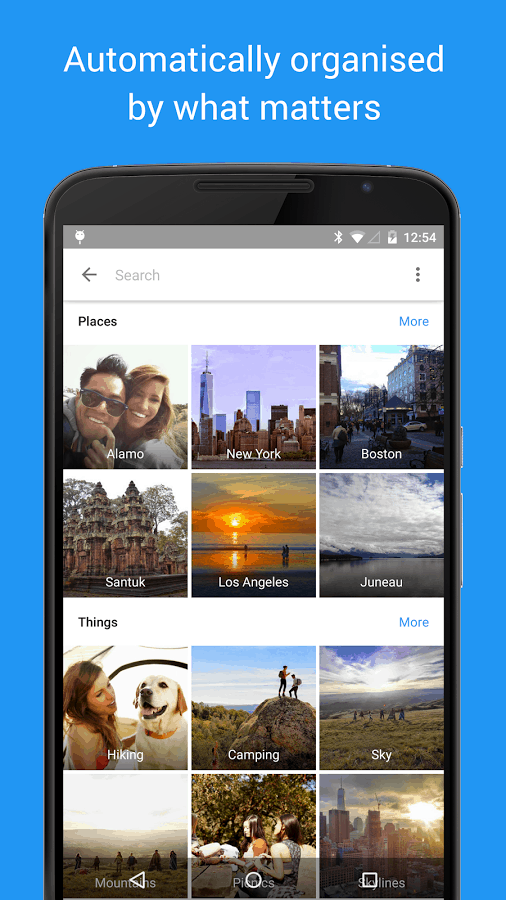 Launched last year, Google Photos is perhaps the absolute best way to keep your photos in one place and keep them nice and neat. Using machine learning to figure out what a photo contains, users can simply search for “Dog” to see pictures of their beloved pooch, and it’s a great way to see photos organized by place or by activity and the app will even surprise with neat albums as well as stylized pictures, too. 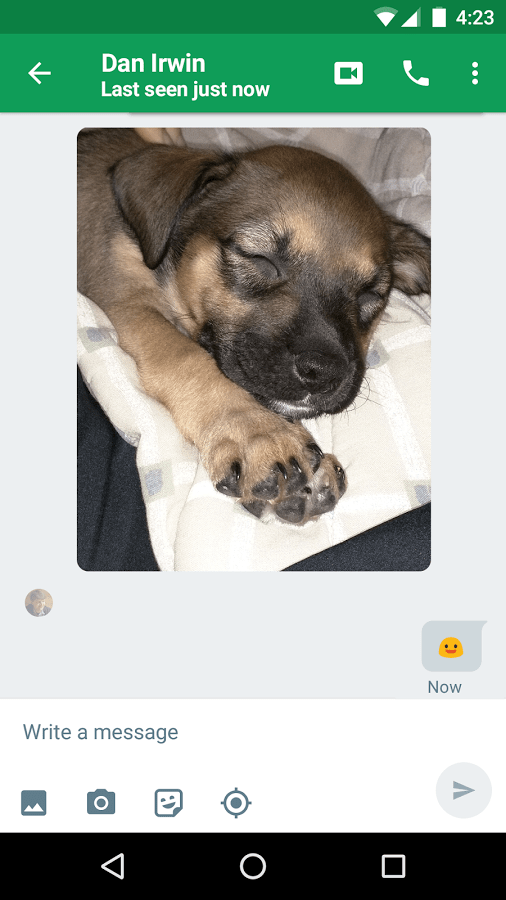 Hangouts was born out of what used to be known as Google Talk, and has since become “Google’s WhatsApp”. As an app, this can be used for SMS messaging as well as online messaging and the two blend seamlessly together. It’s a great way of sharing photos with people, holding video calls and more. Perfect if your friends were used to the old Google Talk, and also a fun way of bringing some of your friends together with those still using SMS, too.