Whether you like racing games or fighting games, platformers or RPGs, there’s something to be said for having the feel of a physical controller in your hand when you play games, even on mobile devices. While not all mobile games are going to have gamepad support, many of them do these days which makes the Android game controller that much more useful, especially with all of the good options out there. If you’re not sure what to look for, we’ve put together a list of ten game controllers for Android that are worth checking out. 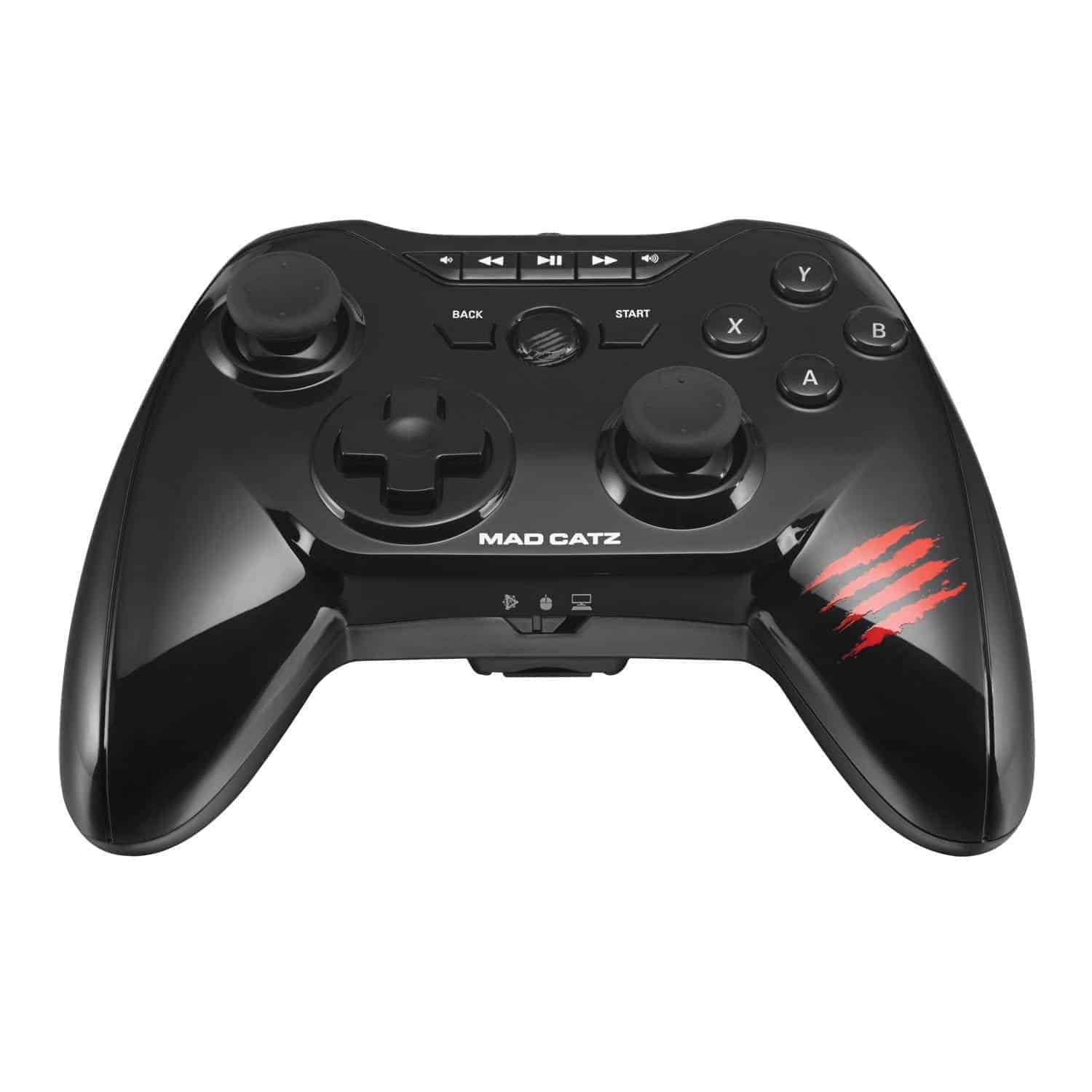 If you’re a gamer then you should be familiar with Mad Catz as they have been making gaming peripherals for all types of platforms for decades. They have been around awhile so you can expect a certain level of quality when it comes to their accessories. The Mad Catz C.T.R.L.R. comes with a full set of buttons that include a D-Pad, dual thumbsticks, a back button, a start button, four action buttons, left and right trigger and bumper buttons up top, and a set of dedicated media button across the top front so you can easily manage playback of media on your Android device. It’s Bluetooth compatible and it comes with a detachable game clip so you can hold your device in it while you play, and it’s shaped like an Xbox 360 controller so it should feel familiar in the hand. Right now you can pick it up on Amazon for $10 off bringing the price down to $39.99. 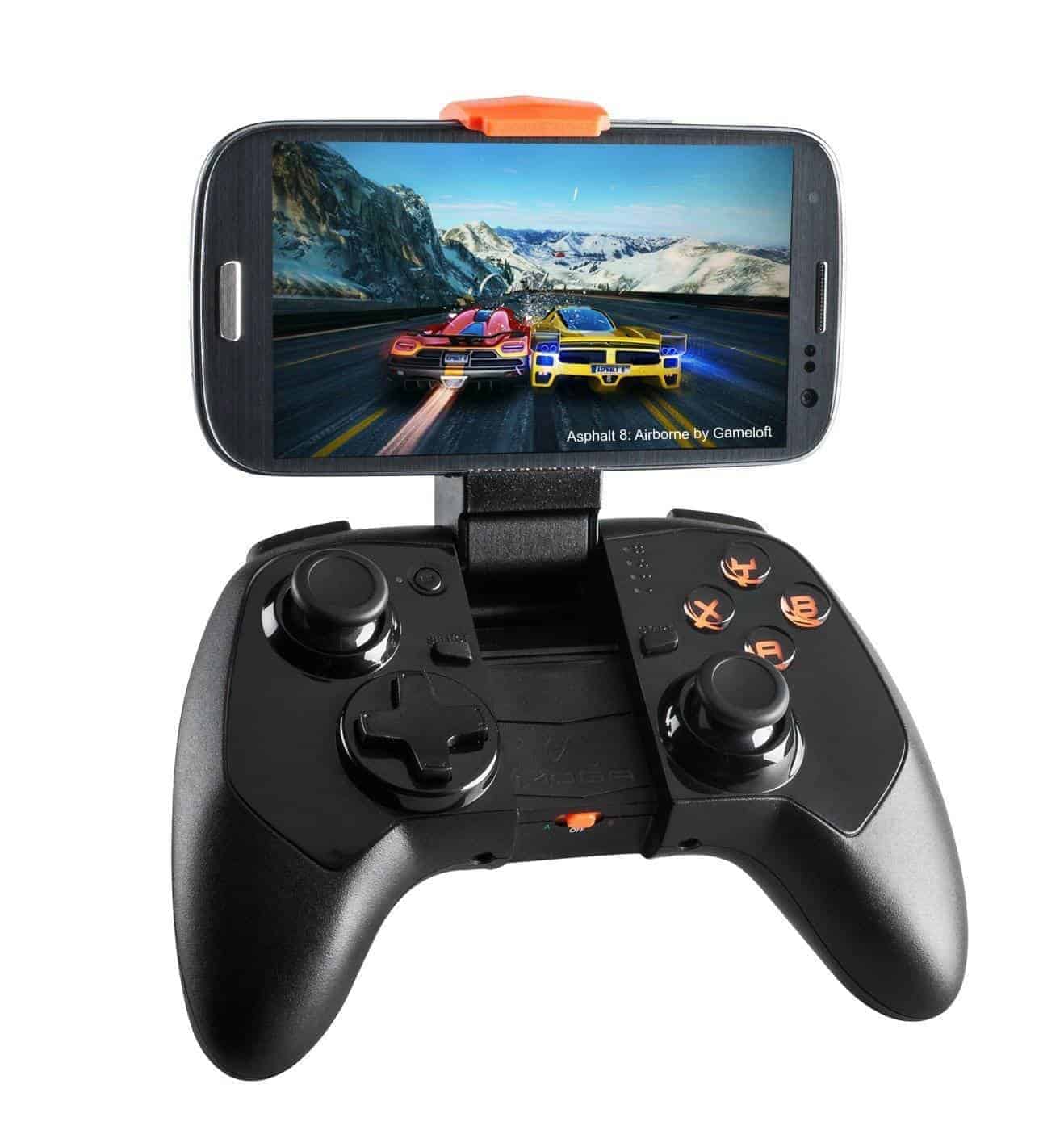 If you’re looking for a battle-tested option, there’s always the Moga Pro Power. This controller has been around for a couple of years or more now and it’s still one of the most popular options, and it was a favorite of some of us here. It also holds the shape similar to an Xbox 360 controller and has all the same buttons as the controller from Mad Catz minus the media controls. It has a built-in clip to hold your device that folds into the controller so you won’t have to worry about losing it, and it comes with a built-in 2200mAh battery that not only lets you recharge it, but it can double as a power bank so you can charge your device as you play too. Right now you can pick it up on Amazon for $49.99. 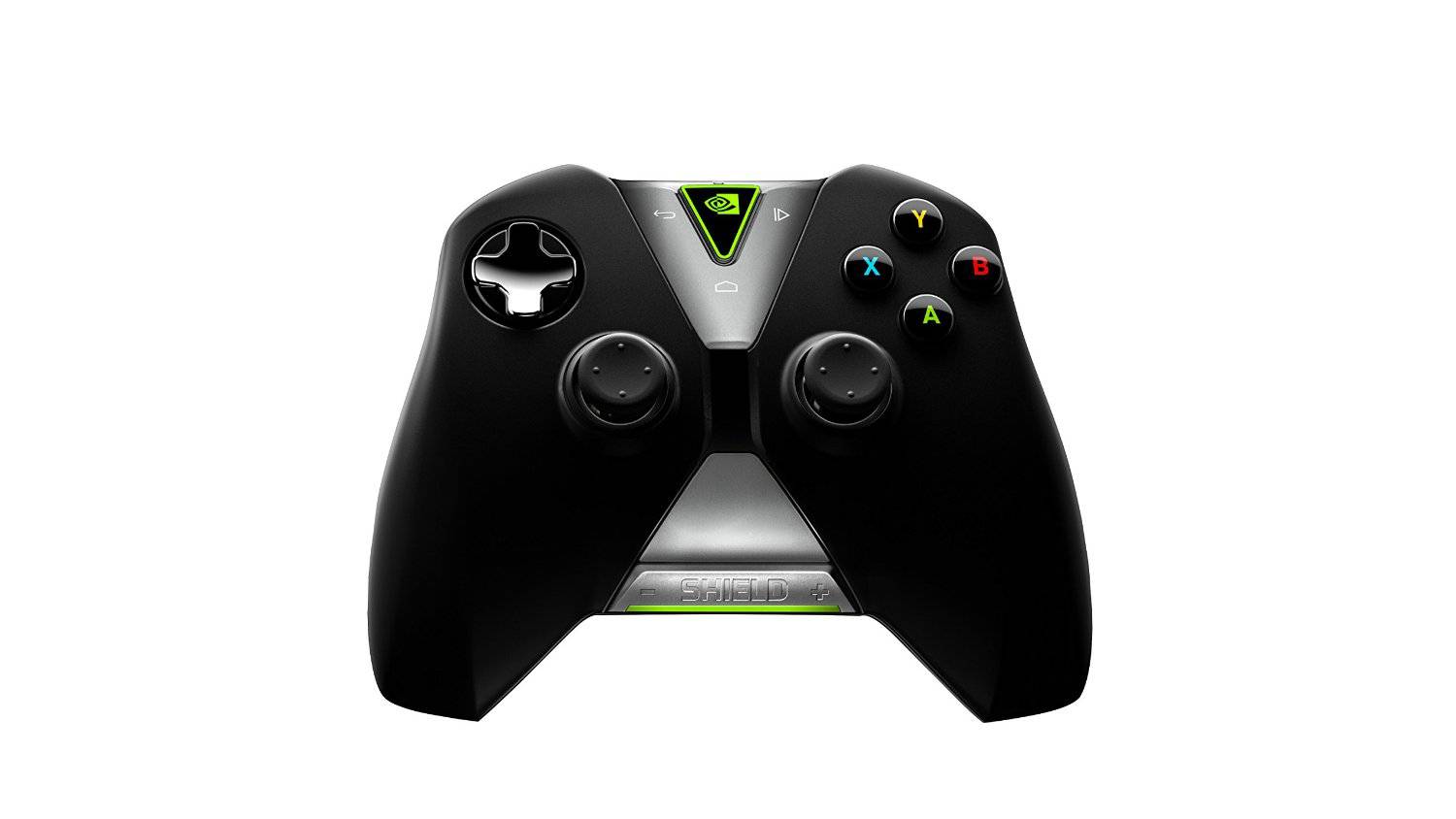 While this one can only be used with NVIDIA’s SHIELD tablet and Tablet K1, as well as the SHIELD TV when it comes to android devices, it can also be plugged into a PC and used as a game controller for PC games. It has the standard D-Pad, dual joysticks, four action buttons, and left and right trigger and bumper buttons. It also has a touchpad at the bottom along with up and down volume controls which can be used for in-game chat on supported games when you have a headset plugged into the controller, and there are dedicated buttons on the top for your home, back, and recents keys. You can pick it up on Amazon right now for $59.99. 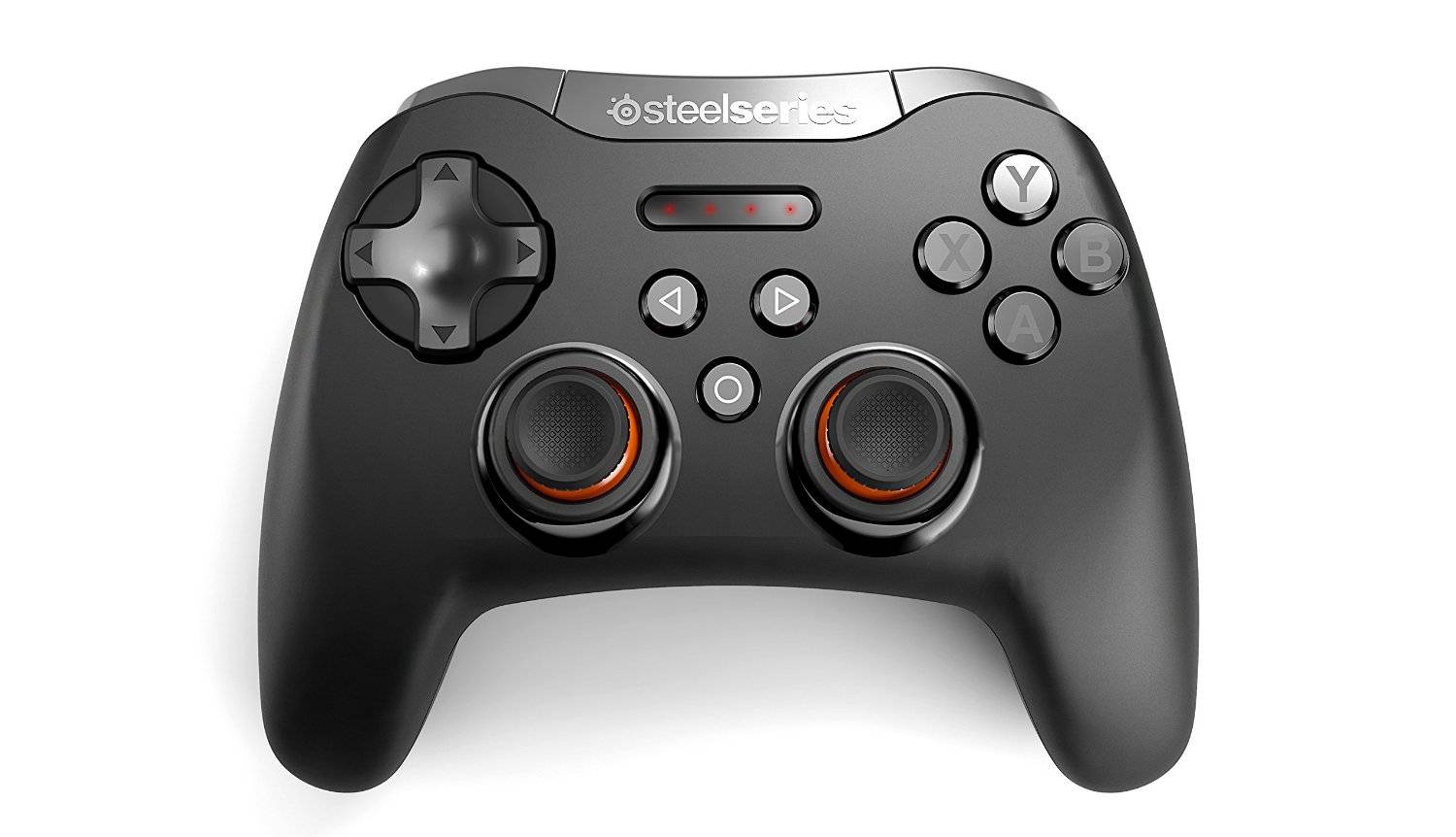 The SteelSeries Stratus XL is another controller which has been around for at least a year, but this particular model has been designed specifically for Android devices as well as Windows PCs and it even works with Oculus Rift and Gear VR. It has a D-Pad, clickable dual joysticks with a rubberized top for comfort, four action buttons, and it has home and back buttons for easy navigation of your android device. There’s no built-in battery and instead, it utilizes 2 AA batteries with a 40-hour battery life. There is also a strip of four LED lights across the top front of the controller which indicate your battery status and connectivity at all times so you can be aware. It works off of Bluetooth, naturally, so it connects to your device wirelessly. You can finally grab this controller off of Amazon for $59.99. 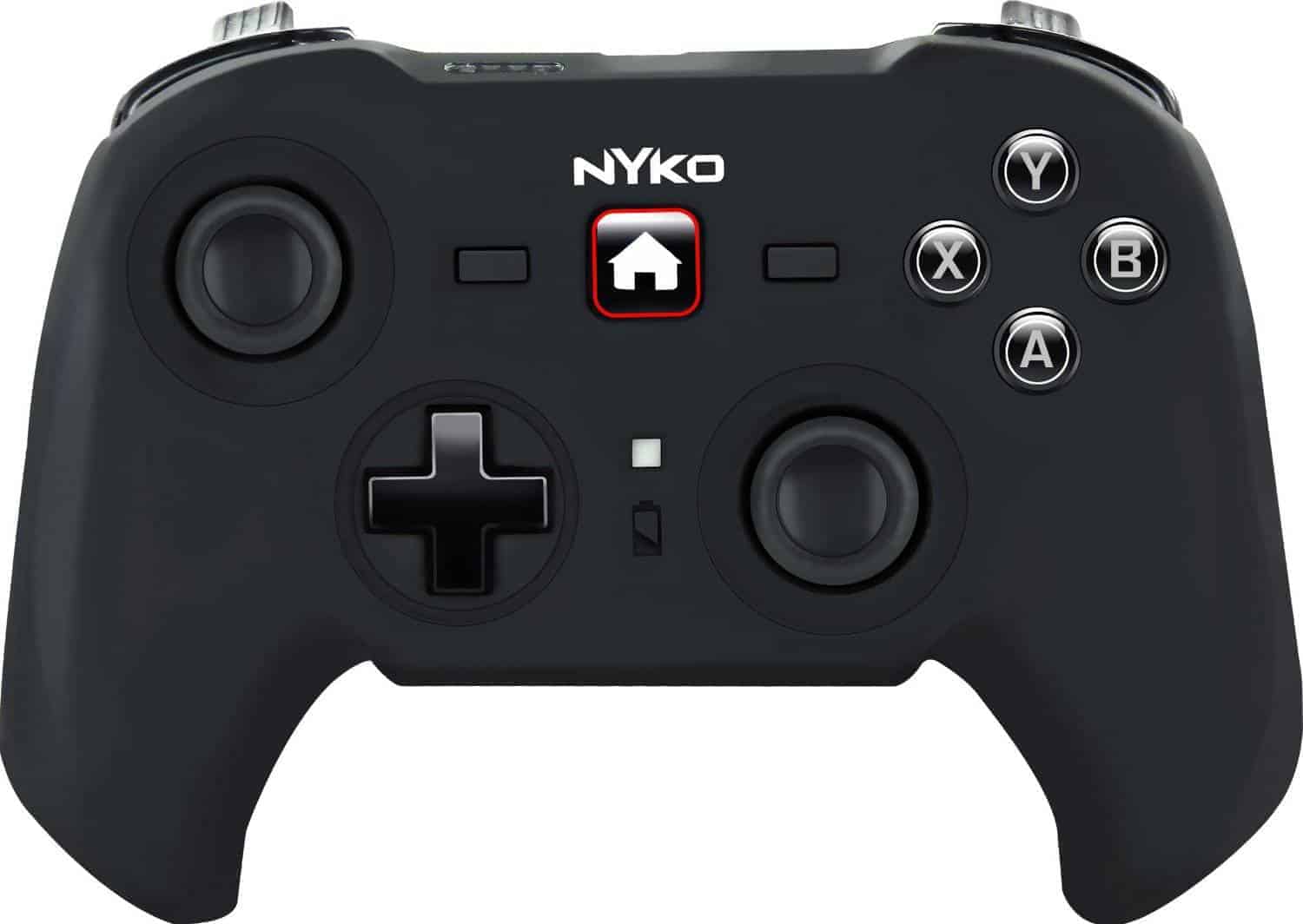 If you’re looking to save a little bit of money but still want a decent game controller experience, the Nyko PlayPad Pro will serve your needs. It’s lightweight making it easily portable, and it has all of the buttons you’ll need including a D-Pad, dual joysticks, four action buttons, and left and right trigger and bumper buttons. It’s fairly basic compared to the others on this list, but it also costs quite a bit less as you can pick it up on Amazon right now for just $23.99. 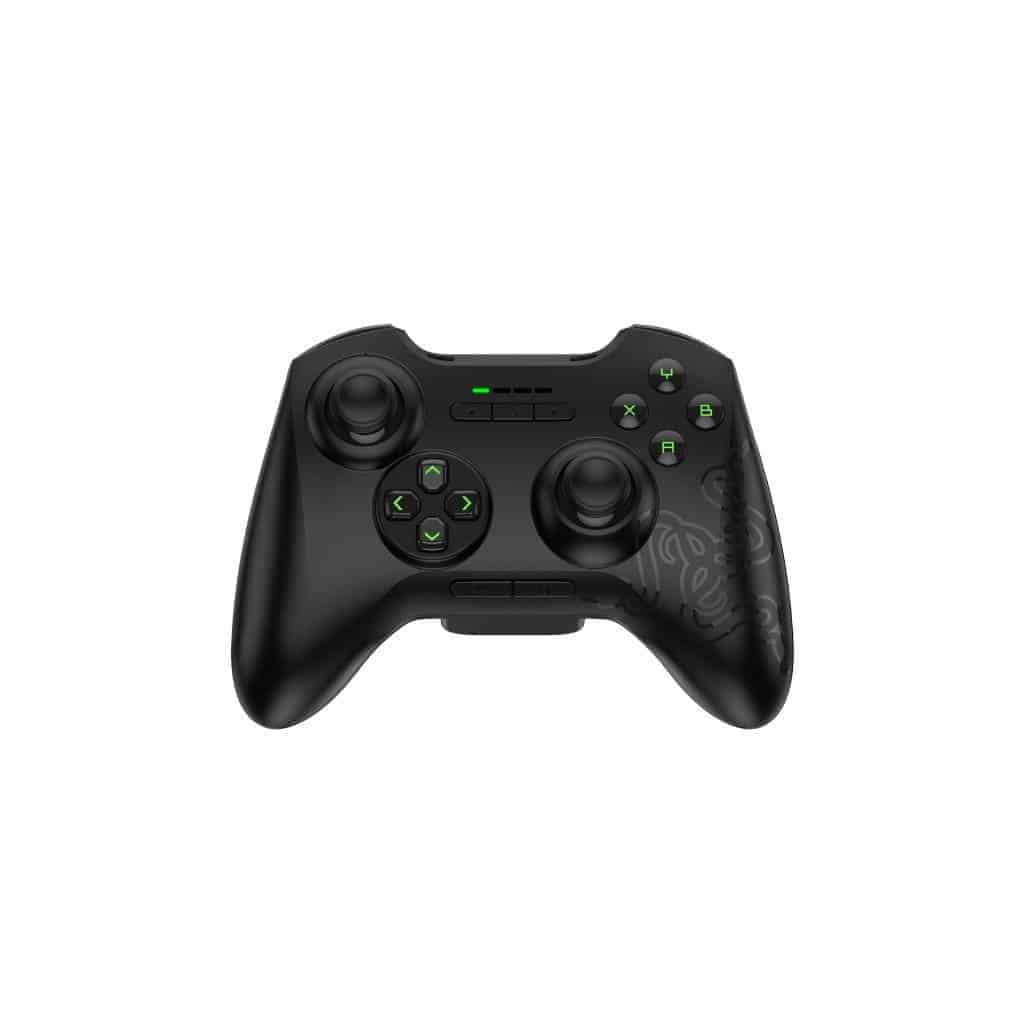 Razer is another company who is known for putting out excellent gaming accessories, and their Serval controller for Android and PC is no different. Expect all of the usual buttons for this full-sized controller designed in the signature Razer black style, with a home and back button, and an adjustable game clip so you can play games on the go. If you’re a fan of Razer products, this one is little pricier at around $92 on Amazon. 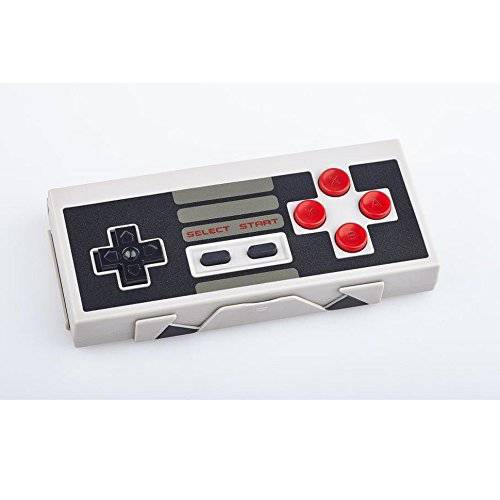 If you’re a fan of retro games then this Bluetooth gamepad from 8Bitdo that looks just like the classic NES controller just might be your style. It features the same buttons that you’ll find on an original Nintendo controller so there’s not a lot of extras although it does have left and right bumper buttons, but that should suit the retro fan just fine. Right now you can pick it up on Amazon for about $30.89. 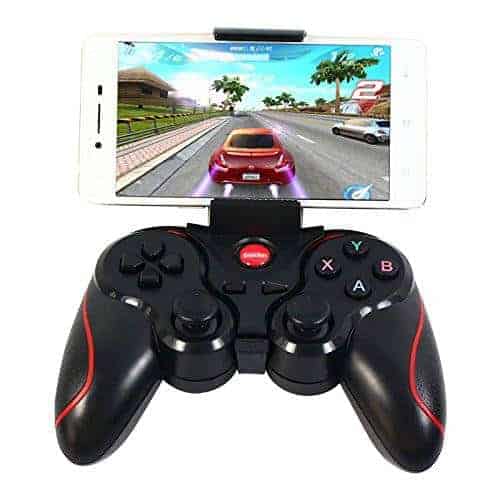 The Bluetooth gamepad from Sminiker is a little more like the controllers towards the top of this list. It has a detachable game clip so you can hold your device in it while you play, as well as dual joysticks, a D-Pad, four action buttons, left and right bumper and trigger buttons, and rubberized grip material on the sides of the controller to help keep it from feeling slippery.
Right now you can pick it up on Amazon for about $22.90. 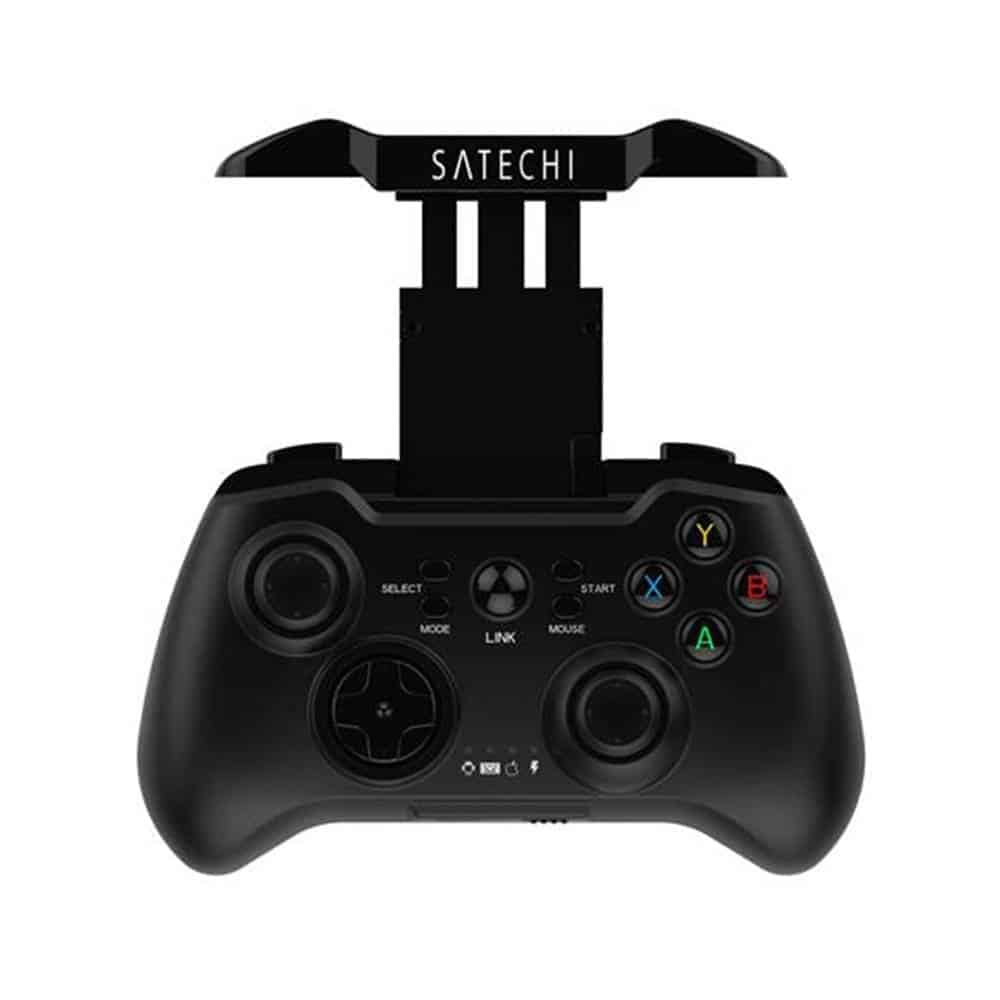 The Bluetooth gamepad from Satechi is a full-sized controller yet still a little more compact than some of the others on the list. It has 14 buttons in total including the D-Pad, dual joysticks, four action buttons, and the left and right bumper and trigger buttons up top. It also has a start and select button, a 220mAh battery that’s rechargeable, and an extendable game clip that extends upward from the top of the controller to hold your device. Right now you can pick it up on Amazon for about $29.99. 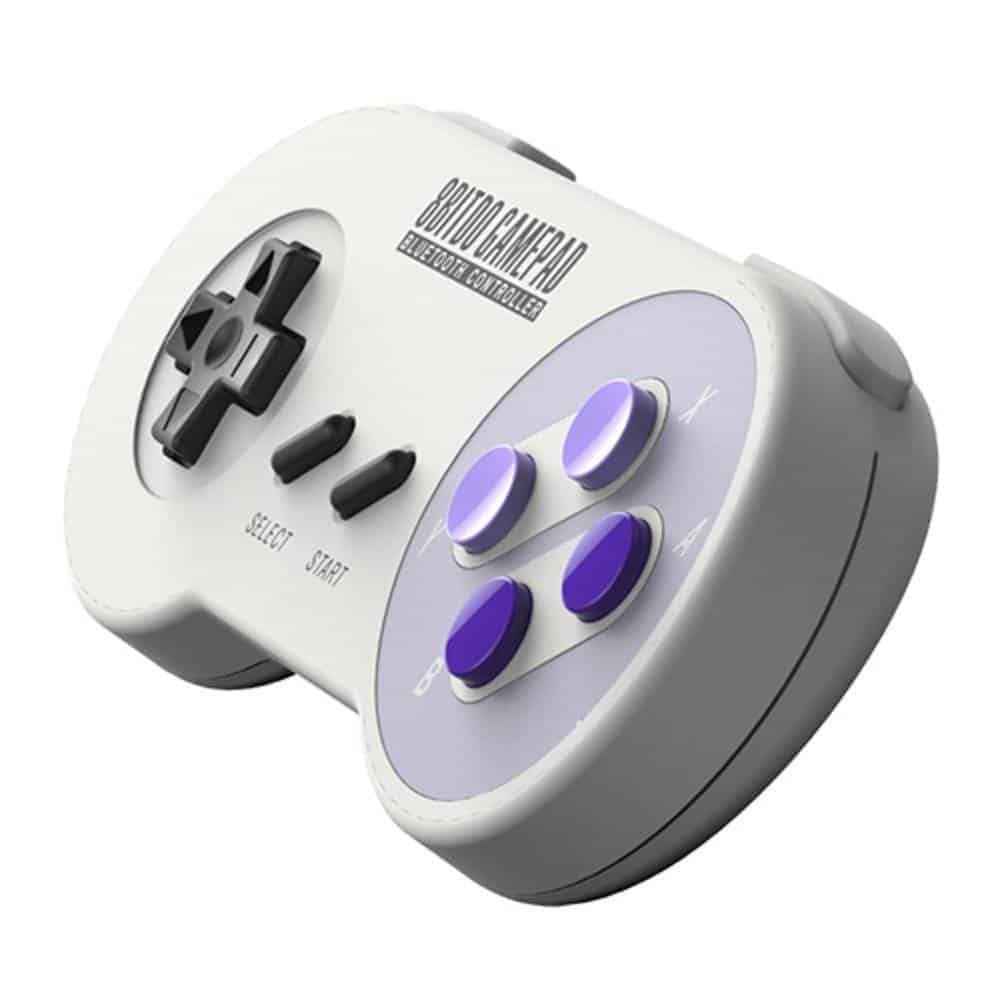 Rounding out this list is the Bluetooth gamepad from 8Bitdo that resembles the classic SNES controller. It has the same style, all of the same buttons, but no wires and can be enjoyed completely free thanks to the Bluetooth technology. It has programmable keys so you can set it up just the way you like, and it has a rechargeable battery with a 20-hour battery life. You can pick it up on Amazon right now for about $34.82.