Twitter may not be the largest social network out there, but with over 300 million daily active users it’s definitely a big one. Twitter has been around for 10 years now – in fact March marked its 10th birthday – and there are loads of Twitter apps available on Android. Of course, there is only one from Twitter itself, the others are third-party apps. 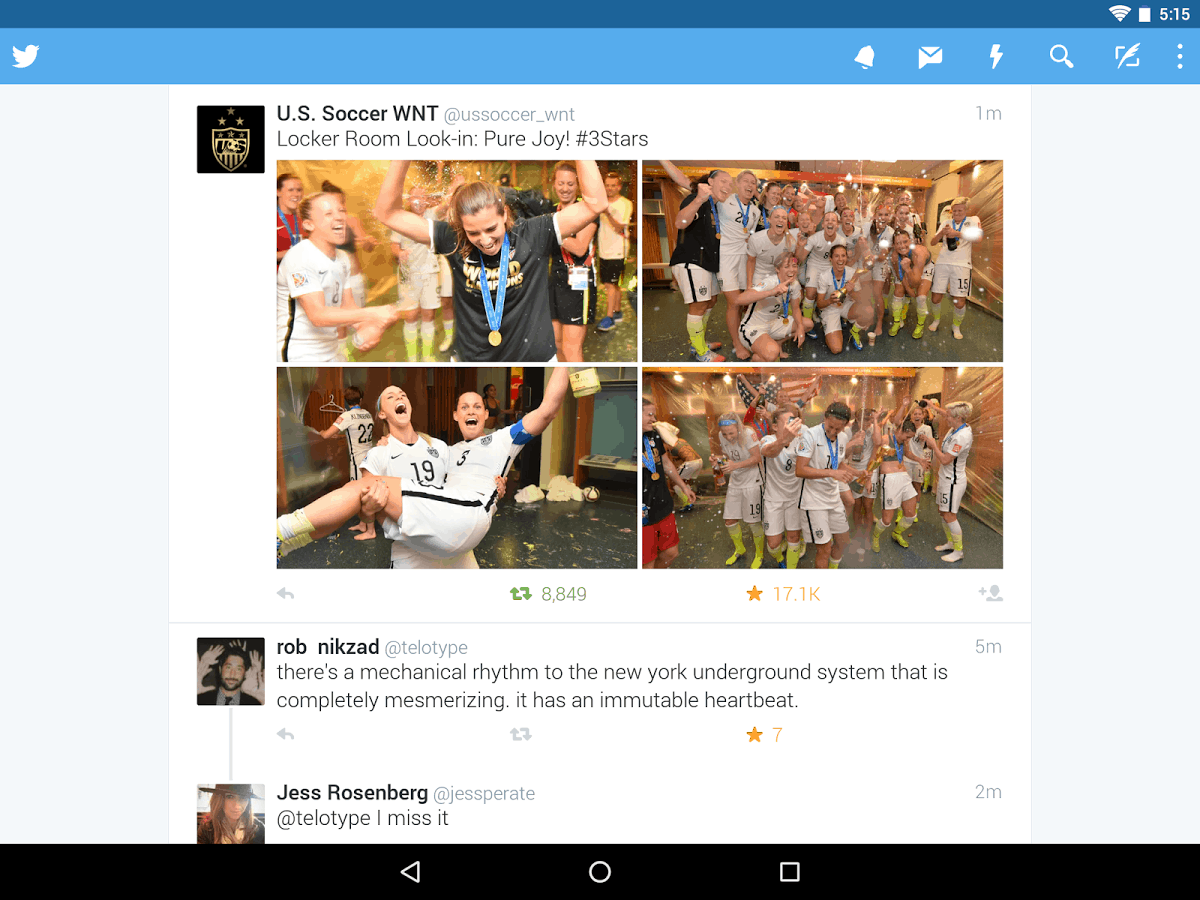 The Twitter for Android app has come a long way in the past few years. It has been adopting new design languages, and has become a bit more modern looking. The app now has a good number of useful features and extends the experience from the web. The official Twitter app also has support for multiple accounts, especially useful for those that have more than one account to manage and/or use. 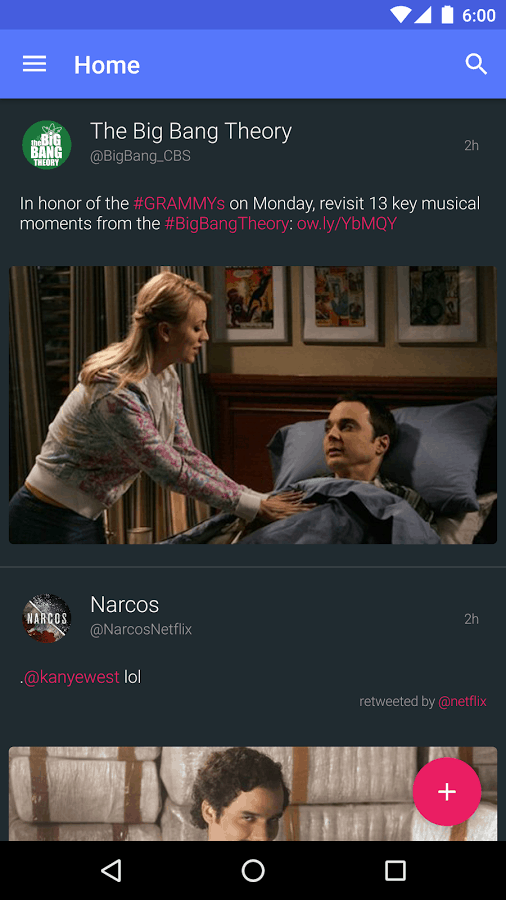 Talon has become a popular Twitter app for those that don’t like the official one. Mainly for having all sorts of useful features like muting of keywords, hashtags and people, as well as theming support. If there’s one thing that Android users like, it’s theming. Talon also has inline video and photos within the app, so you can see photos without having to open the tweet page. 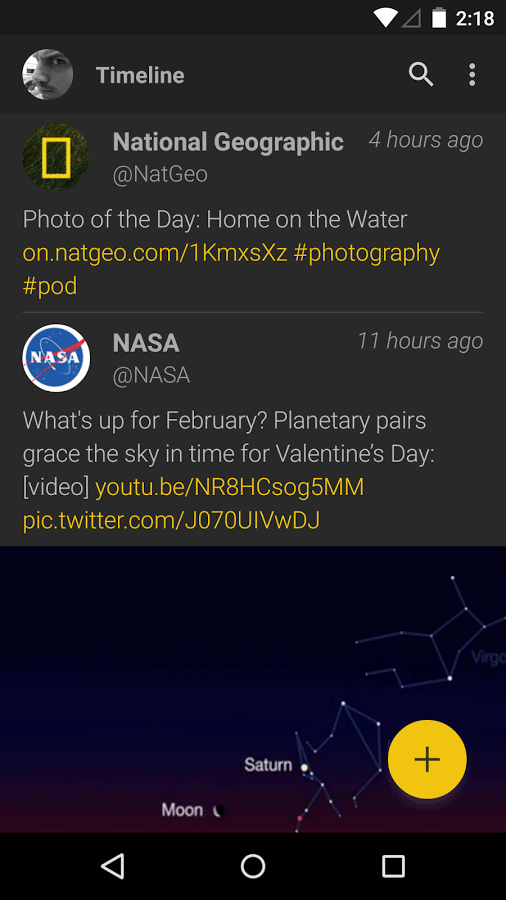 Fenix is a material design Twitter app that has support for multiple accounts as well. There are a few different themes available and a bit of customization as well. Fenix does also have a widget, so you can keep up with Twitter from your home screen without needing to jump into the app. 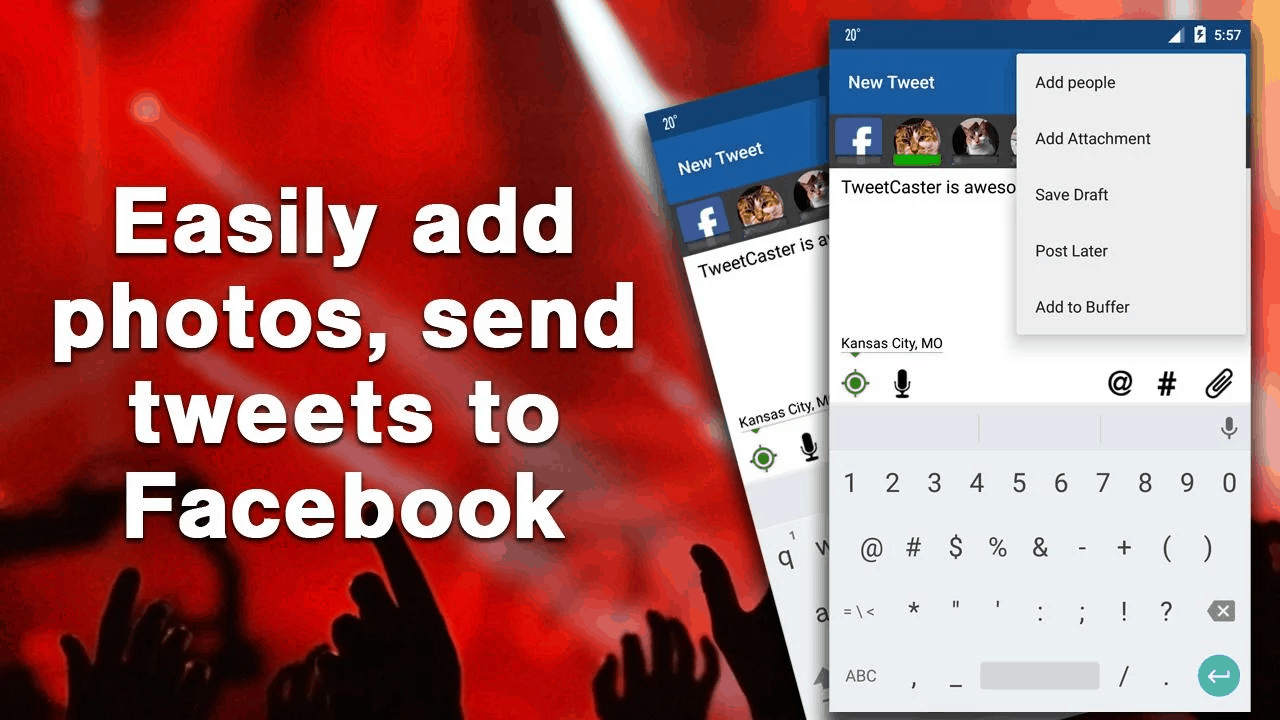 Here is an oldie but a goodie, in Tweetcaster. This app has a few unique features, like having support for Facebook. Allowing you to post to both Twitter and Facebook at the same time. Tweetcaster also has support for adding filters to your photos, something that has become very common as of late. We also have support for multiple accounts here in Tweetcaster. Something that’s important to most Twitter users. 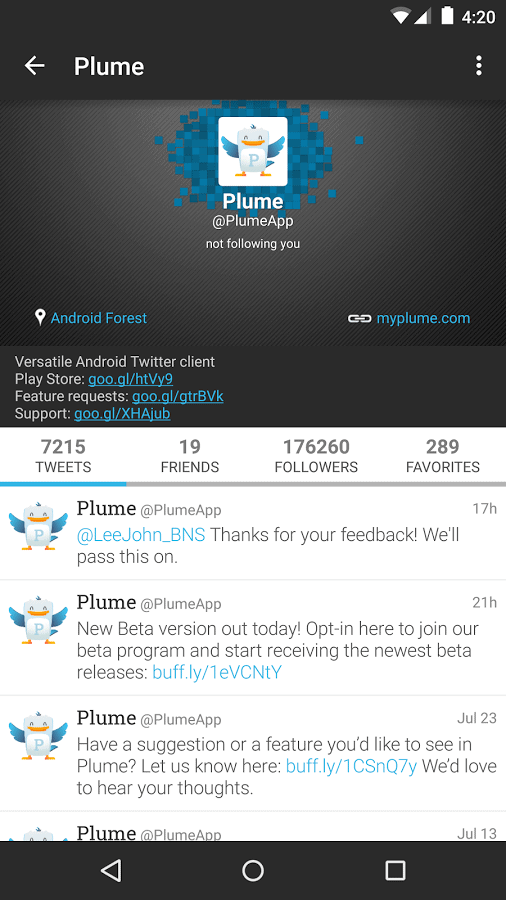 Plume has been around for a pretty long time. Some of you may remember it as “Touiteur”. Plume also has support for multiple accounts. Not to mention widgets and a tablet layout. Something that only a handful of apps actually have these days. The app also supports livestreaming, so you’ll never have to refresh your stream. New tweets will just automatically make their way into your stream. 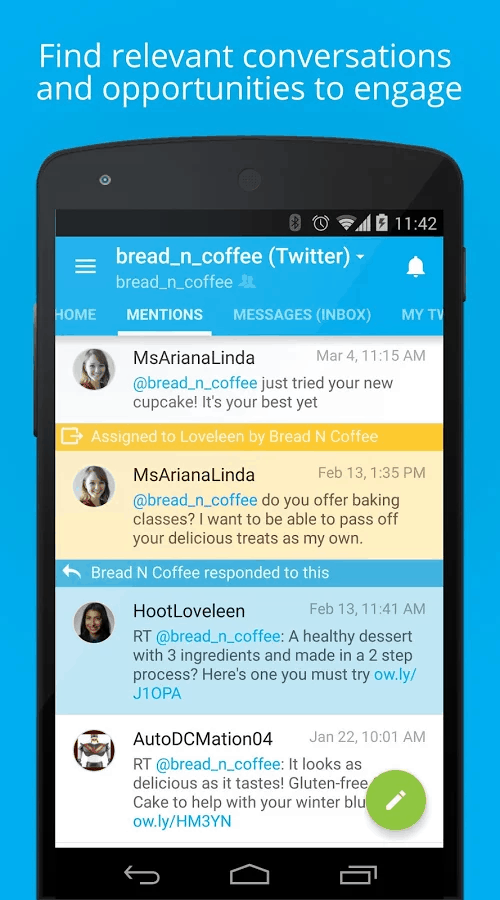 Now Hootsuite isn’t just for Twitter. It’s actually here to manage all of your social accounts. You can keep up with Twitter, Instagram, Facebook, Google+ and a slew of other social networks. You can see your mentions, timeline, direct messages and much more. Not to mention the fact you can send updates to multiple networks at the same time as well as schedule them for later. 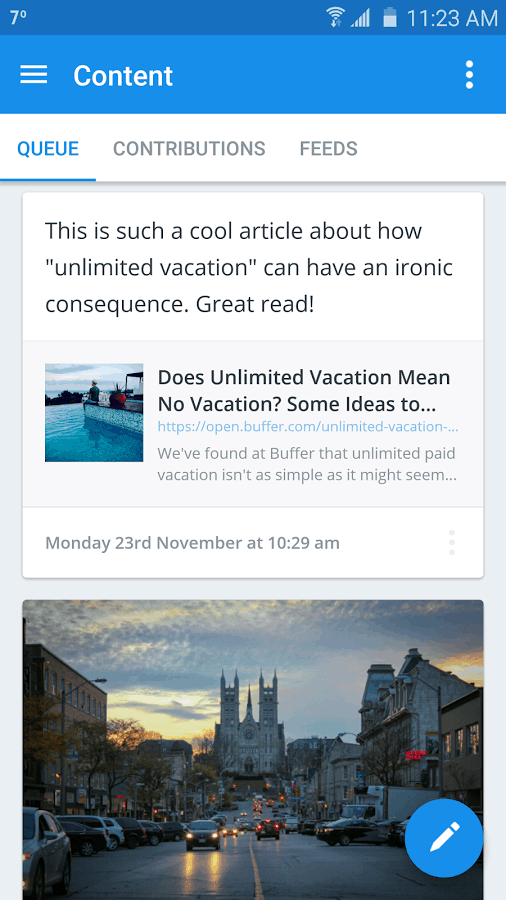 Much like Hootsuite, Buffer is for multiple social media platforms as well. You can set specified times to send out messages each day, and have up to 10 messages in your “Buffer” on the free account. So you can automate your account without it looking like it’s automated. It’s very simple to use and works with Google+, Twitter and Facebook. 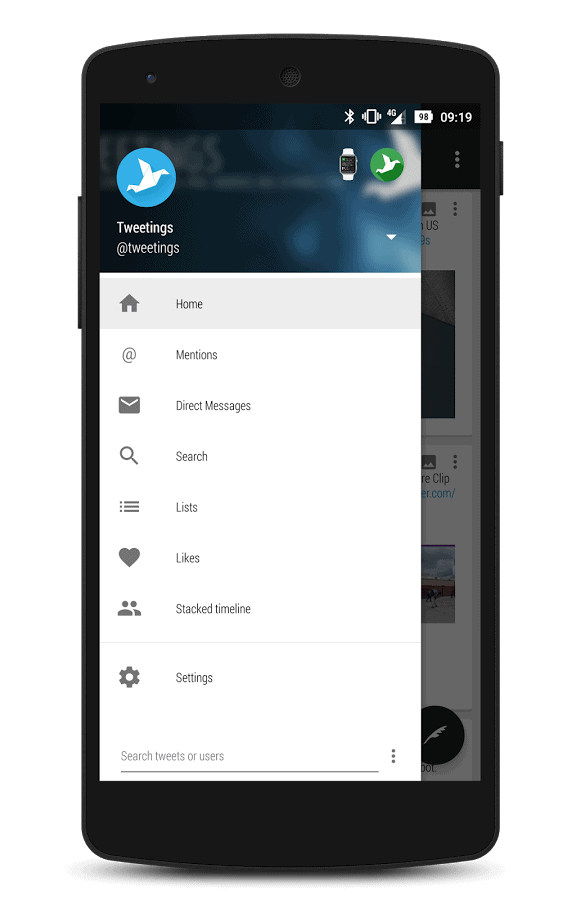 Tweetings is perhaps one of the best looking Twitter apps around right now, and it is completely material design. They also offer a slew of themes for you to use as well as customize. Of course all of the usual features are there like muting keywords, people and hashtags, multiple accounts and so much more. Tweetings also uses true push notifications, something that only the official Twitter app can do right now. 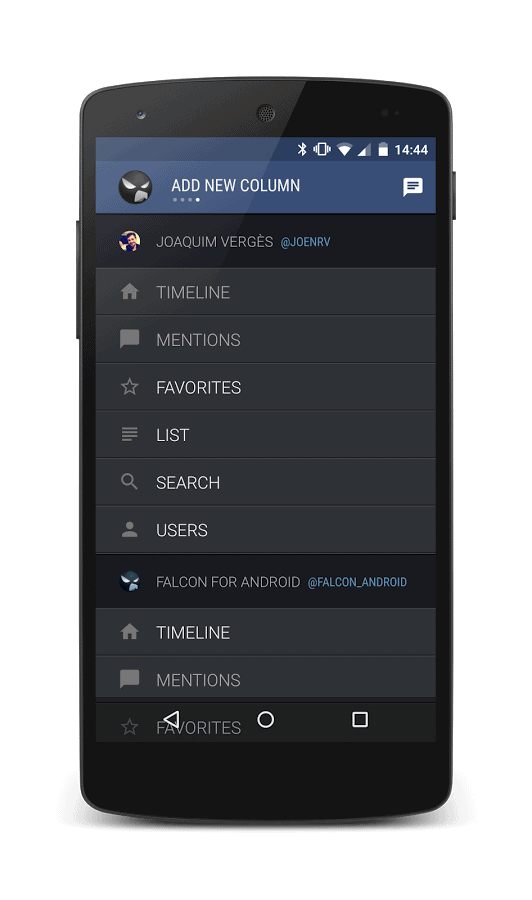 Another great app for Twitter on Android, and it does also support multiple accounts. Falcon Pro 3 is a great looking app and has inline previews for pictures and videos, including Instagram. Something that not every other app has. It is a paid app with in-app purchases though, so beware of that. 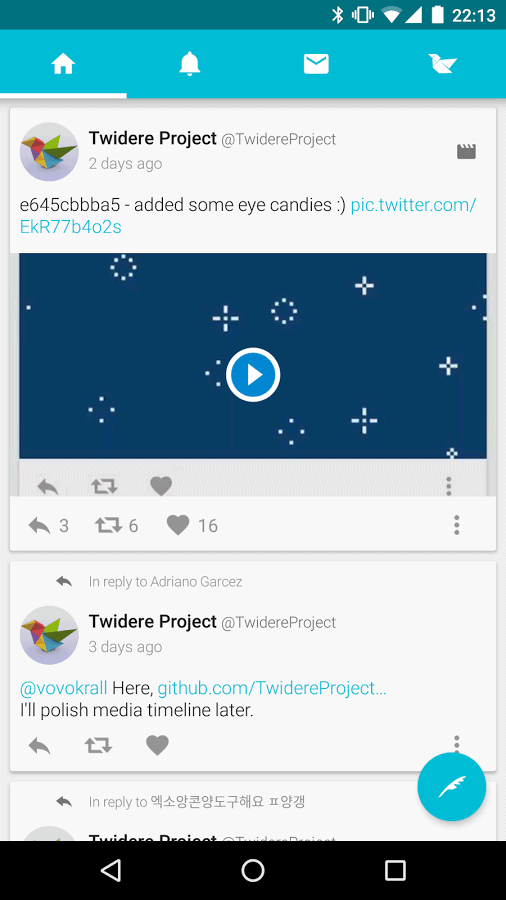 Twidere has been around for a while, but hasn’t been a popular app. It features a material design look, and it’s very lightweight. So it’s not going to use a lot of space on your phone, nor will it bog down the performance. It will save your drafted tweets, in case you want to send out later. And most importantly it does also include media previews inline, within the app.