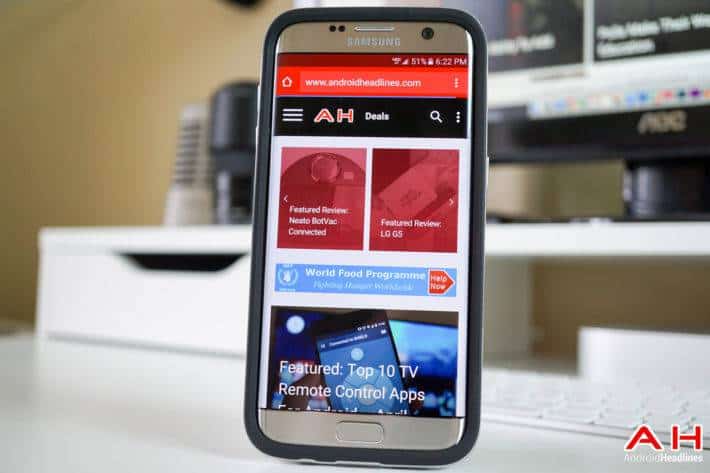 Smartphones for some people, are the most expensive thing they own. Especially if it's a Galaxy S7 Edge, considering that smartphone is going for around $800 at full retail right now. And when you spend that kind of cash on anything, you definitely want to protect it. Many people buy a case, some buy a bigger case than others. But cases are always important. Especially when looking at the Galaxy S7 Edge. Not just to protect the device, but to keep it looking great. See, the Galaxy S7 Edge is made of glass with an aluminum frame. Sure it's a great looking smartphone, there's no denying that, but since it is glass that back attracts fingerprints like a magnet. It's not as visible on the titanium silver model, but they are still there. Cases will help to mitigate that as well.

VRS Design, formerly Verus, have a number of cases available for the Samsung Galaxy S7 and Galaxy S7 Edge. What we have here is their High Pro Shield model, which is one of their most popular cases ever. They make it for many different models, in fact, I have one on my LG G5 right now and love it – but that review is set for another time. Let's check out the VRS Design High Pro Shield Case for the Galaxy S7 Edge! 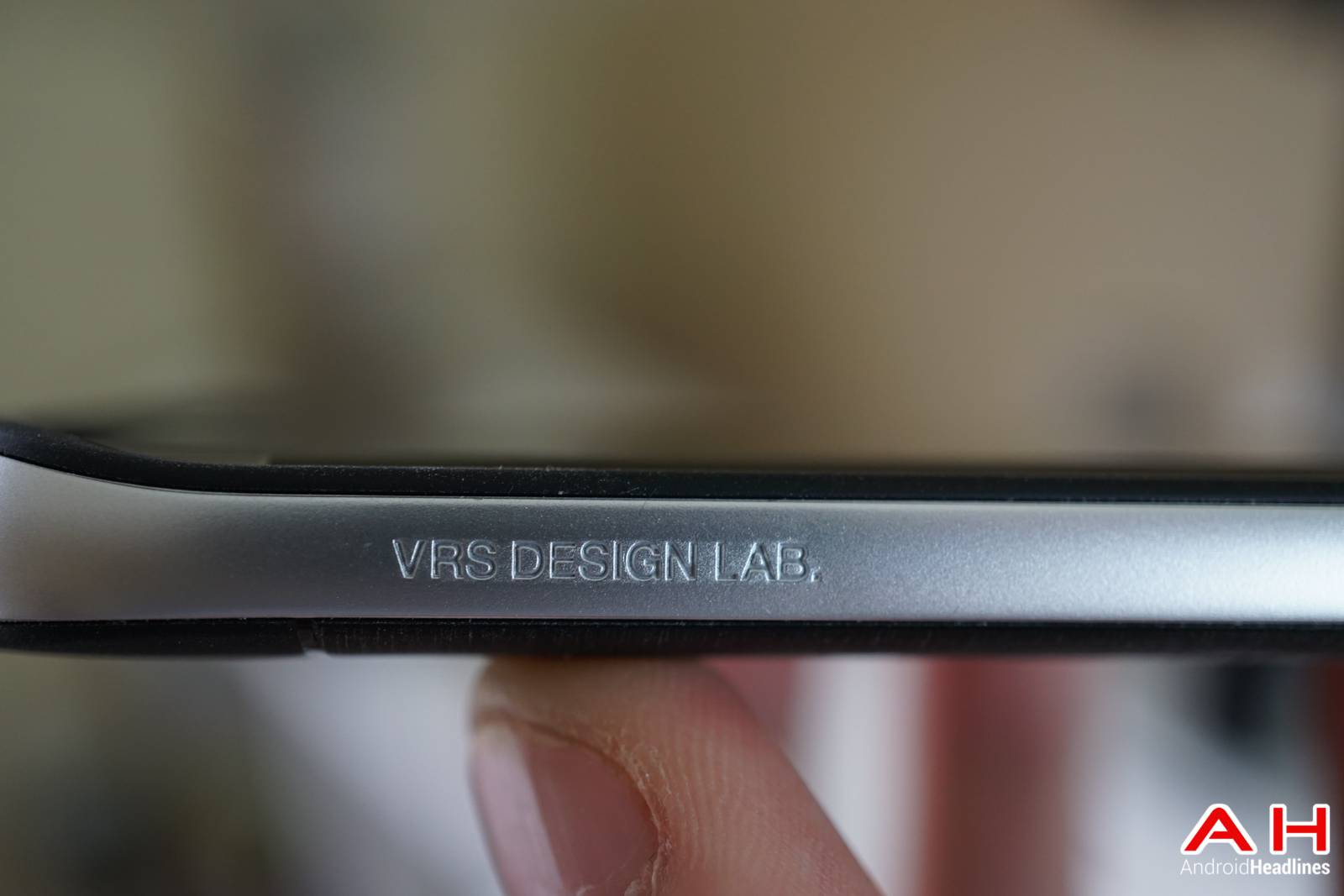 So what we have here is the satin silver model, which I think it looks quite nice on the titanium silver model of the Galaxy S7 Edge that we have here. The High Pro Shield also comes in Shine Gold, Rose Gold, and Steel Silver. Of course, the only thing that changes is the frame here. On the back, all four colors sport a black back, which has a brushed aluminum look in the center of the device. It looks quite nice. Not a cheap look, like some might say about the Spigen Rugged Armor, which has fake carbon fiber on the top and bottom of the back. The High Pro Shield does have a somewhat low-profile here. Meaning it's a big case, but it doesn't feel that big when it's on your smartphone. This is the best of both worlds, because you have a case that will protect your smartphone from drops and such, but doesn't make the phone feel overly bulky, as some tend to do.

Something you'll notice right away on this model when compared to the others, is the fact that the side of the case isn't flat. Why? Simple. Because this is for the Galaxy S7 Edge, and if the side was flat, then the edge of the display wouldn't work. And that's a big reason for buying the Galaxy S7 Edge. So the sides are a bit lower, and this means you can still swipe in from the edge for things like App Edge and People Edge on the Galaxy S7 Edge. Definitely a nice feature to still have access to, while protecting your Galaxy S7 Edge. 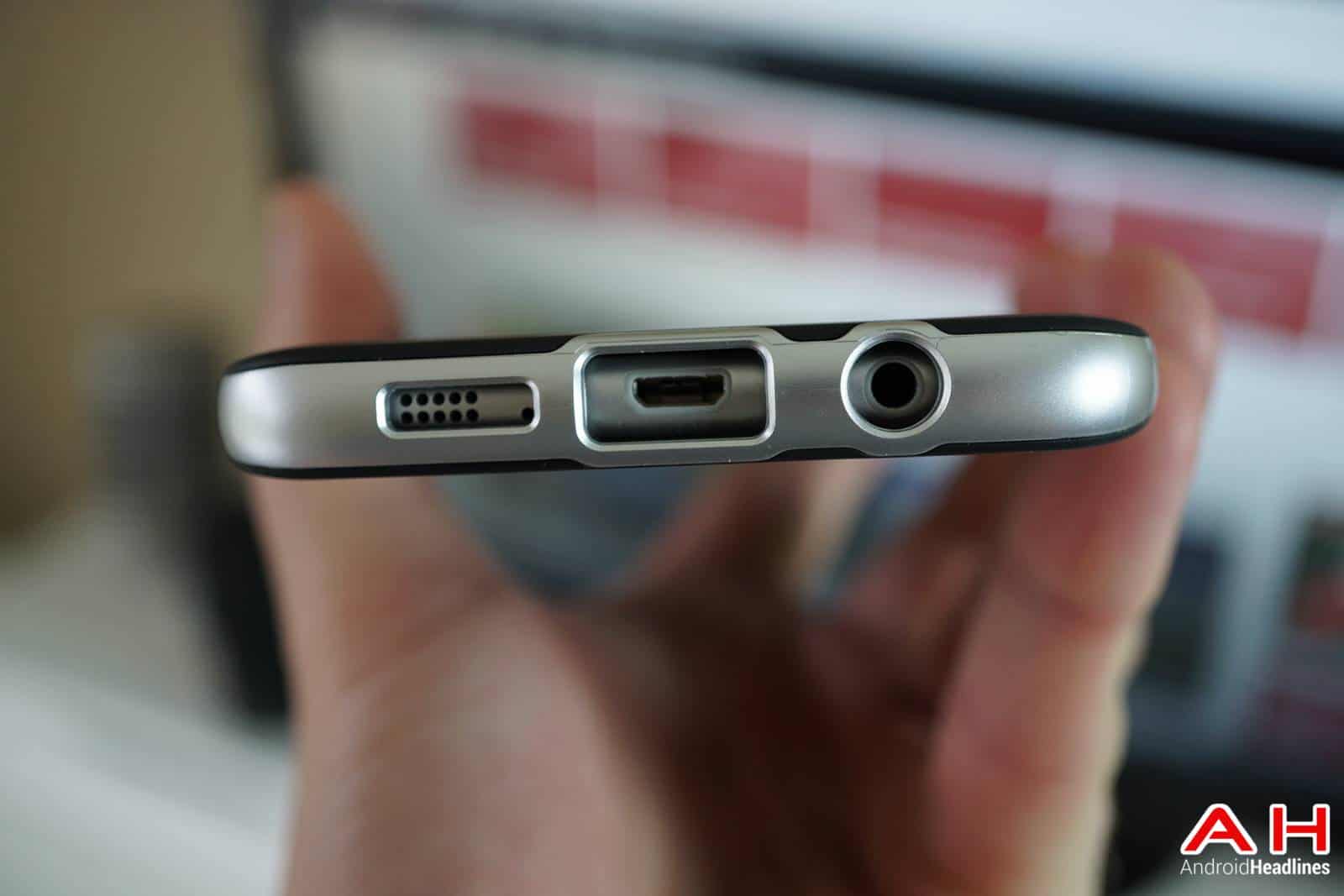 VRS Design has a cut out on the bottom – actually three cut outs – for the 3.5mm headphone jack, micro USB port and the speaker. On the top, there is one for the microphone. These holes aren't 100% precise, and that's a good thing. You see, having the cut outs the same size as the headphone jack – for example – is not a good thing. It means that for many headphones, their cable won't be able to plug into the phone. Making it difficult to use your headphones. The same thing goes for charging the Galaxy S7 Edge. Luckily, the holes are large enough that plugging in headphones or your charger, is not an issue with this case on the Galaxy S7 Edge.

When it comes to the power button and volume rocker, they are not cut out. Instead VRS Design has actual buttons for them on the left and right sides. They can be a little flimsy, but for the most part they do their job. Definitely not my preferred way of using the volume rocker or power button, but it's better than it affecting the ability to press either one. The inner side of the High Pro Shield is made of TPU material, so it'll not only protect the Galaxy S7 Edge from falls, but also protect the device from having a case on it. As some cases can leave scratches on the device.

The High Pro Shield is a great looking case. While the Galaxy S7 Edge looked really great without a case, it looks just as good with one. While many of us would likely love to have our phone outside a case, none of us want to see it fall to its death. Which is the reality that keeps case manufacturers like VRS Design in business, and rightfully so. The High Pro Shield feels great in the hand, and even more importantly than having the phone fall and crack, the High Pro Shield also adds some gripability to the device. The Galaxy S7 Edge was super slippery before, but now it doesn't feel like it'll fall out of my hand. Which is even more important to some people. 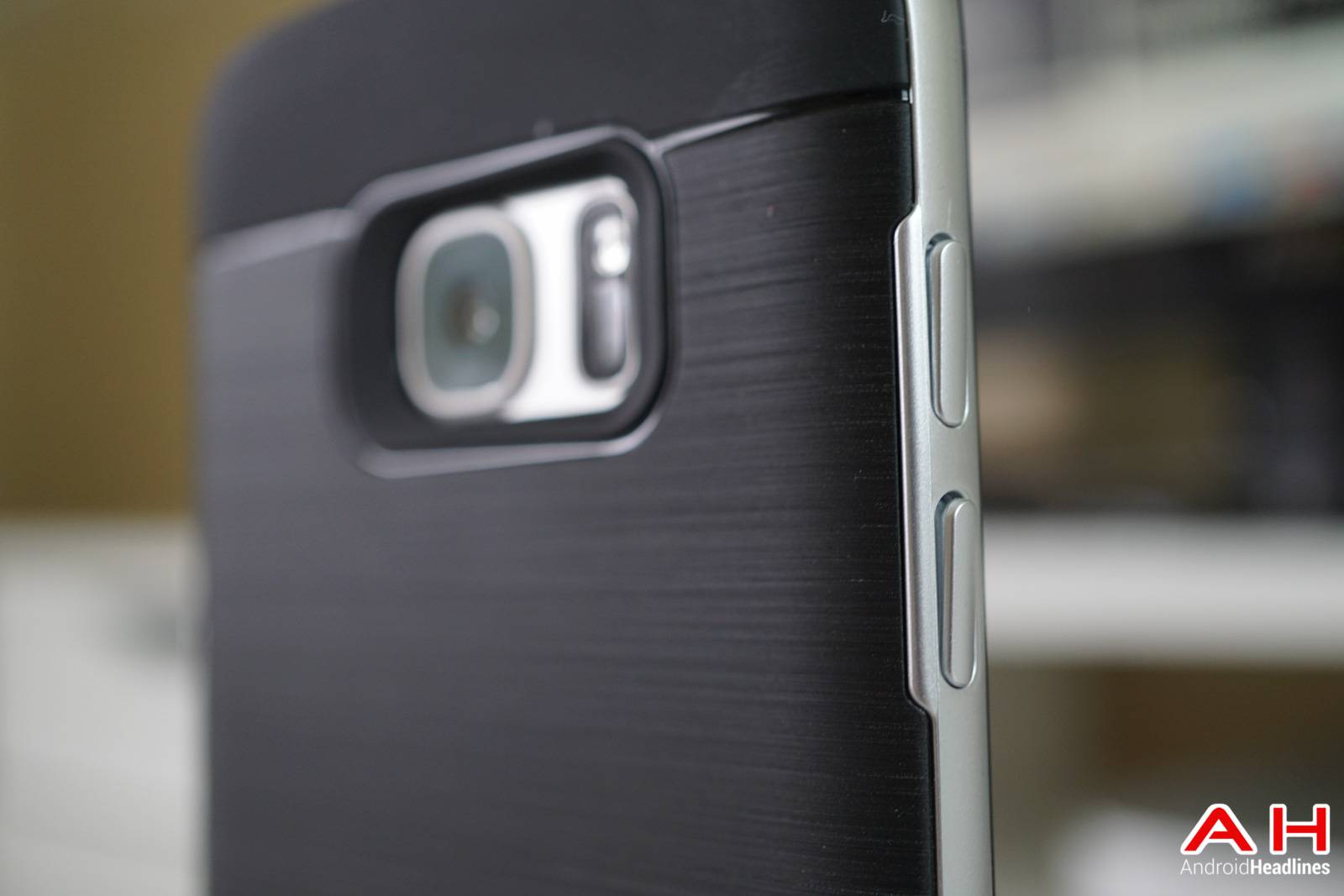 As mentioned earlier, the High Pro Shield is available in four colors. All of which would likely look great on the Galaxy S7 Edge. When it comes to recommending cases for people to buy to protect their phone, we would put the High Pro Shield at the top of our list. Not only does it look great, and feel great, but it will absorb impact. None of us want it to happen, but it will eventually fall out of our hand at some point and hit the ground. Where the High Pro Shield protects the entire device and can absorb impact, you don't need to worry about it being damaged. But that doesn't mean you should go out there and just drop your phone on purpose with this case on it.

Right now, VRS Design is selling the High Pro Shield for both the Galaxy S7 and Galaxy S7 Edge, exclusively through Amazon. It'll cost you $20.49 and at that price, it's definitely worth the peace of mind that you'll get by putting this case on your phone.

Buy the VRS Design High Pro Shield Case
Trusted By Millions
Independent, Expert Android News You Can Trust, Since 2010
Publishing More Android Than Anyone Else
0
Today
169
This Week
661
This Month
3173
This Year
104652
All Time
Advertisement