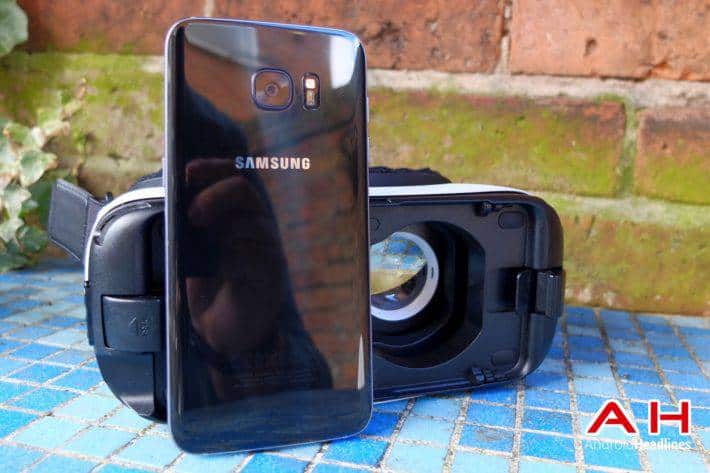 As well as the HTC 10 being announced by HTC today, Facebook has also been hitting the headlines over the last few hours due to the company hosting its developer F8 conference today. One which has already seen a number of announcements coming through, including the announcement of a new 360-degree camera, as well as the ability for Facebook users to log into their accounts by only using their phone number and forgoing the need to have to worry about remembering any passwords anymore.

However, one very interesting announcement that has come through in relation to Facebook’s F8 conference has not come from Facebook, but instead from Samsung. The announcement details that all those who have attended the event are walking away with some Samsung goodies. Specifically, a Samsung Gear VR headset and a Galaxy smartphone. Equally as interesting is that Samsung has not name-dropped specifically which Galaxy smartphone model they have given out to the 2600 developers in attendance. While it does seem safe to assume that it is likely to be one of the latest handsets (due to the limited Galaxy compatibility with the Gear VR), the press release does detail that these are “customized Samsung Galaxy smartphones.” Which the Samsung press release further explains refers to the level of Knox and Facebook-related content that comes pre-installed on the devices, for obvious reasons. Samsung states that these unlocked Galaxy smartphones have been configured to offer a “unique look, feel and feature-set that Facebook required for its F8 Developer Conference.”

If you are wondering why Samsung is doing this, then the answer is relatively simply as the Gear VR was brought to market in conjunction with (i.e. powered by) the Facebook-owned Oculus. So by putting the Gear VR in the hands of so many developers, then it stands to reason that the platform as a whole will benefit with the developers able to get more intimately involved with the latest VR technology from Samsung. Those interested in finding out more about the F8 developer Gear VR giveaway, can do so by heading through the source link below and reading the press release in full.